Some of you may have seen my other thread on this guitar being concerned about how original it actually was. Thanks to knowledgeable folk on here I was able to confirm the pickups are original and while the non original pots,switch and wiring were very annoying on a guitar bought from a dealer as all original internally

, the sound and playabilty of the guitar were good enough that I kept it. Had the dealer been in the UK I probably would have gone after them harder but doing that internationally was a bit more hassle than I'd probably get back from it.

However having the guitar open revealed how totally thick and gross the poly white finish was. It deserved a better finish than that so I sent it off to Rexter, who was great to work with, and he refinished it into beautiful nitro Burgundy Mist Metallic, with matching headstock. It just feels so much better now as well as looking incredible. This ones a definite keeper, it sounds and plays as good as it now looks. 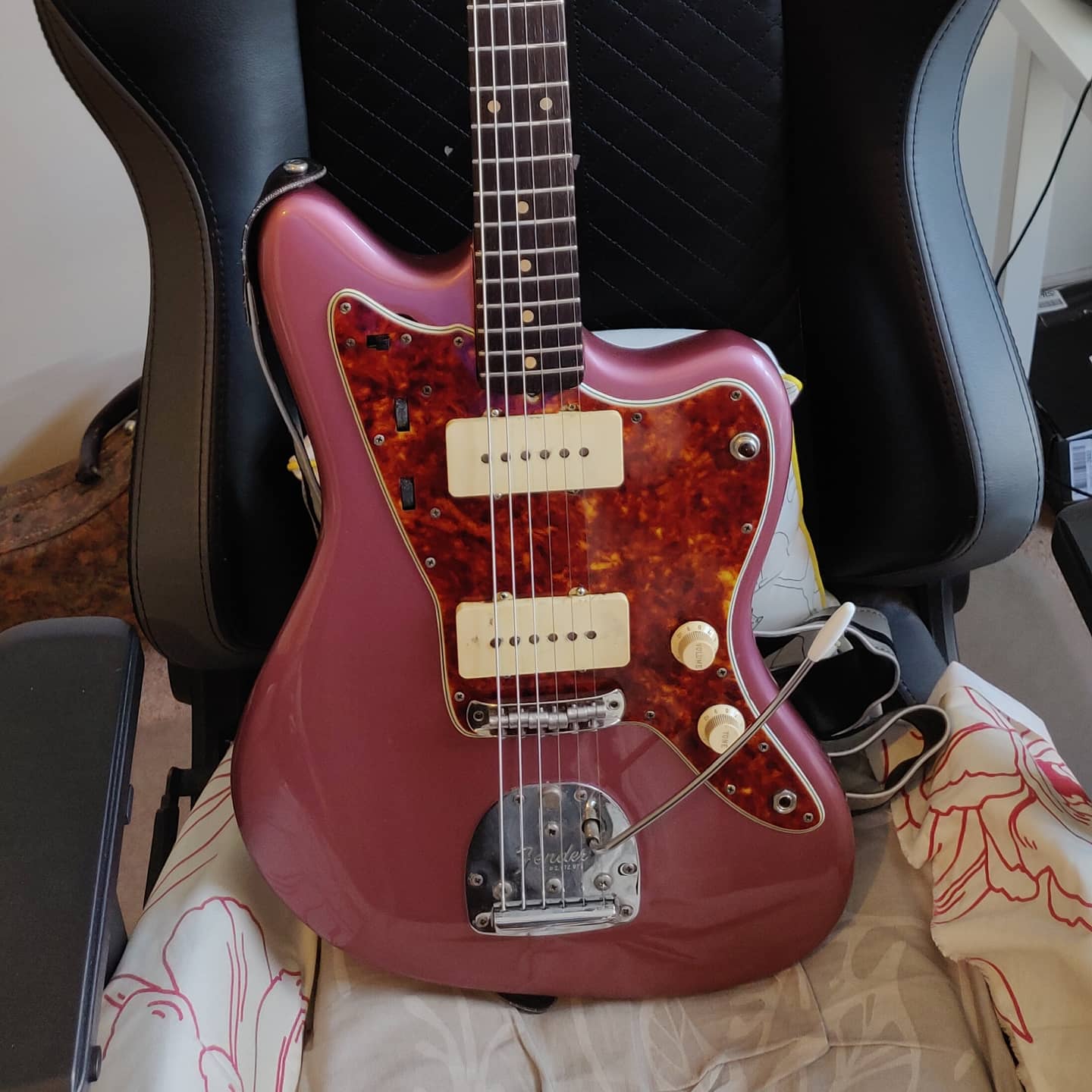 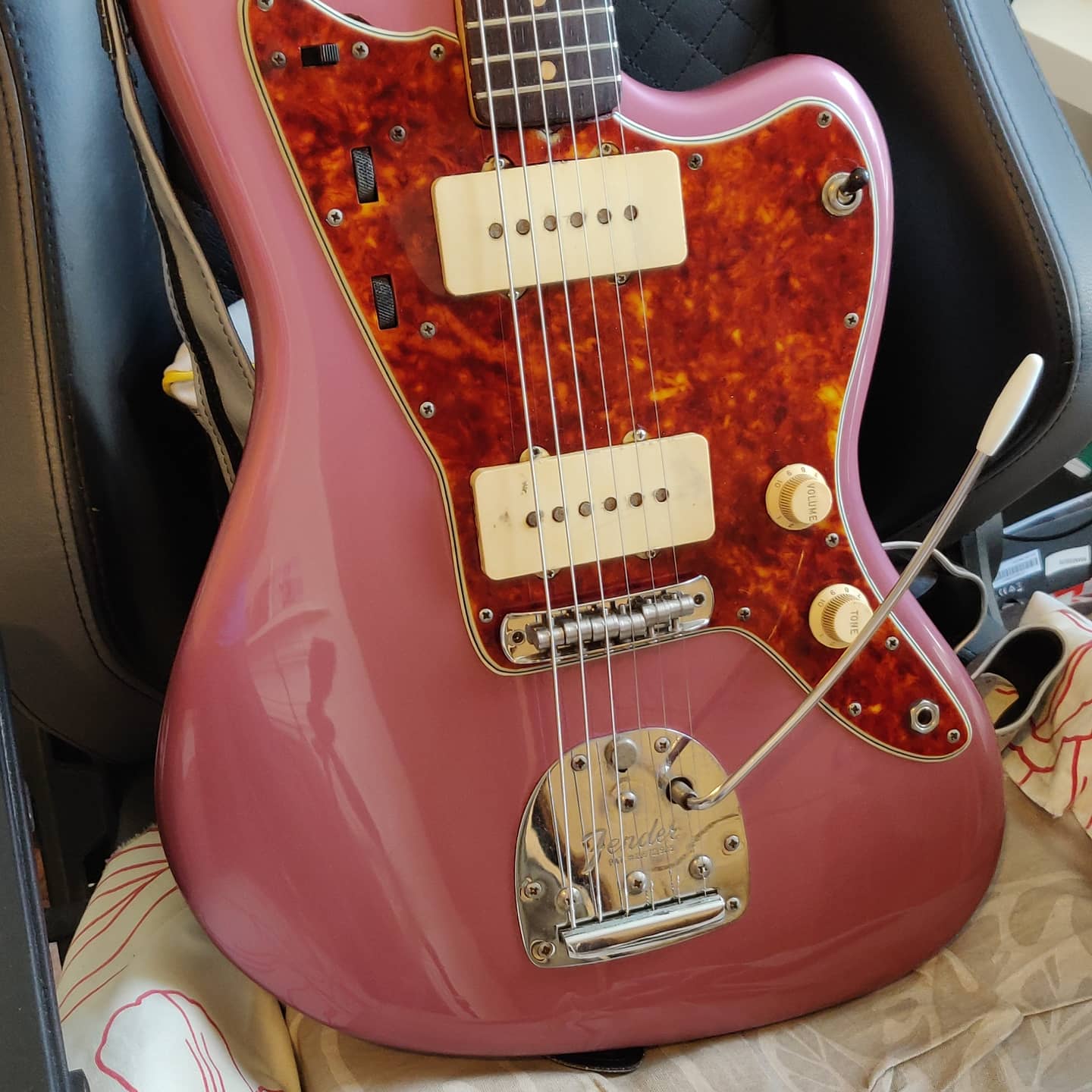 And with my other vintage guitars.

Looks amazing!
What do you call the color on the '61?
“They knew about cars. They knew how to make things look like they were going forward. Like it’s flying through space.” - Kevin Shields
Top

Its not a Fender colour, its some kind of maroon on a very old nitro refinish but its cool
Top

LOVE IT!
“Now I am quietly waiting for/ the catastrophe of my personality/ to seem beautiful again.”- Frank O'Hara
I am not an attorney and this post is for entertainment purposes only. Please consult a licensed attorney in your state for legal advice.
Top

amazing. Would also love to see more pics of that black Jag!
Top

That's a great looking Burgandy Mist. Honestly I like the white better though.
Top

They look great together!! <3
GoodDeals:Jaguar018-Skip-Scotty66-Noirengineer-Panoramic-Soundhack-Tribi9-Stereordinary-Dug-Ginnungagap-Loomer-Eupat-FenderBob-Franco-AWSchmit-PeterHerman-TweedleDee-Diceman-Prospect-Danocaster-Glimmertwin-Jetset-Staytuned-ukfuzz-Aen-Atomicmassunit-MT,etc
Top

Thanks guys, really happy with this one!

The white looked good in photos but in person it was really not so nice, and it felt horrible, really thick and plastic feeling.

amazing. Would also love to see more pics of that black Jag!

Dude your 2020 collection is insane. That black Jaguar with matching headstock?! The friggin cherry sunburst LPC?! P90 equipped SG?!
Saw the Burgundy Mist on Rexter's profile and fell in love, but that maroon SOB is really going after my heart.
Jelly!