Bringing your older offset back to life.
Post Reply
6 posts • Page 1 of 1

I bought this 1965 body a few months ago, it was a good deal possibly also because of the rather particular color, which back in the day was a legitimate Fender shade called Tahitian Coral.
It was originally Olympic White, then someone painted a layer of Shell Pink over the white, then this one over the pink...
I actually love it. I had a custom neck made by Warwick instead of looking for a vintage one because I wanted it to be playable rather than collectable (I don't get on with the 7.25 radius).
It's a 10”-16” neck with an ebony fretboard - the frets are stainless steel. It's possibly the best guitar neck I've ever played, right (for me) in every way.

The pickup cavities had to be slightly deepened to accommodate the Kinman noiseless pickups (AVN-69 neck, HX-85 bridge).
It has a Mastery bridge, which for me is essential on Fender offsets, and the tuners are Gotoh vintage style.
All the hardware was new but I aged it to suit the look of the body - I'm not that big on relicking but the new hardware stuck out like a sore thumb on such an old body.

This one will stay with me till my expiration date, it plays beautifully, I love the short scale, and something (fortunately) really clicked between all the parts so that they feel and sound like they’ve been as one for time immemorial. 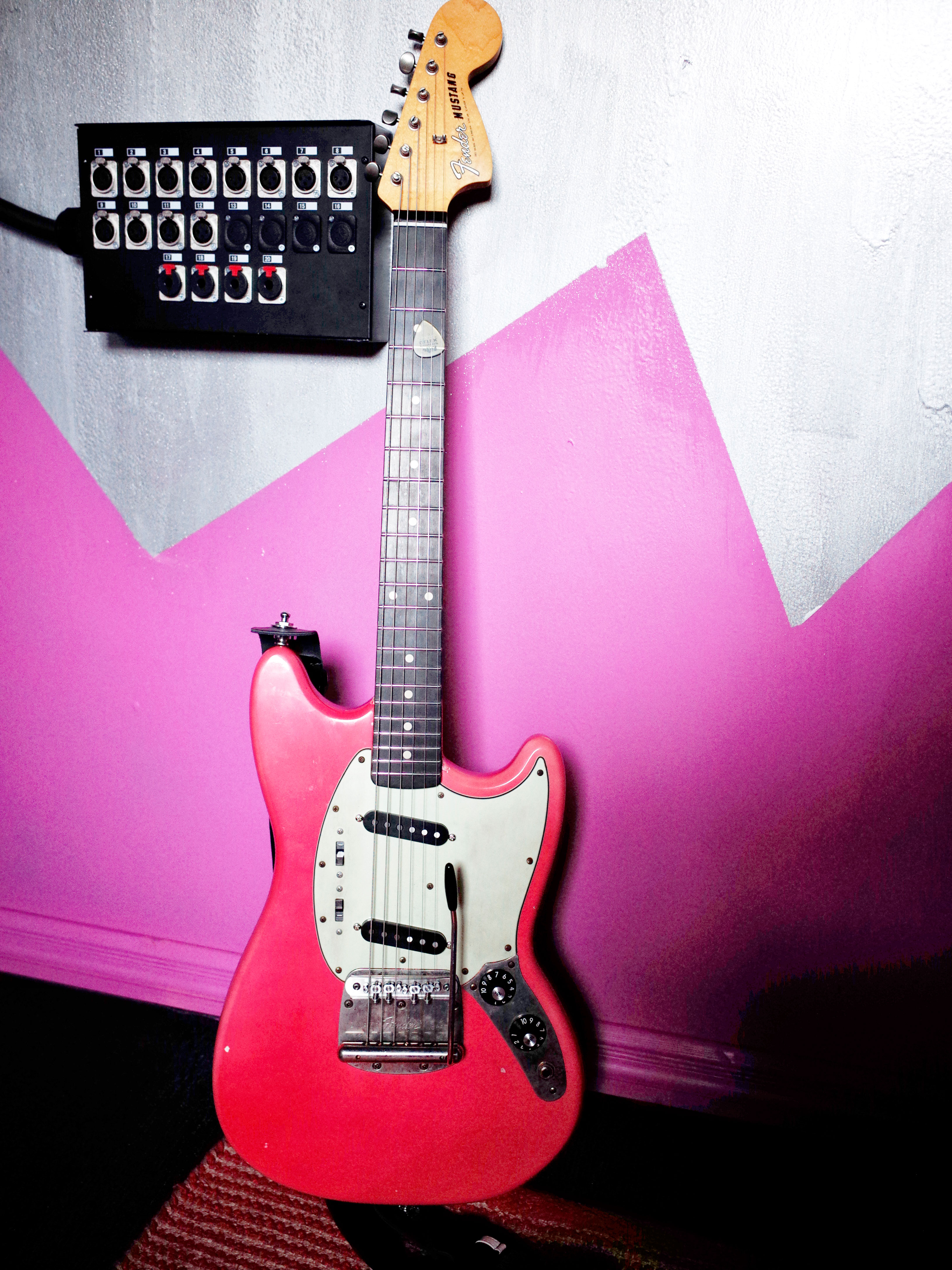 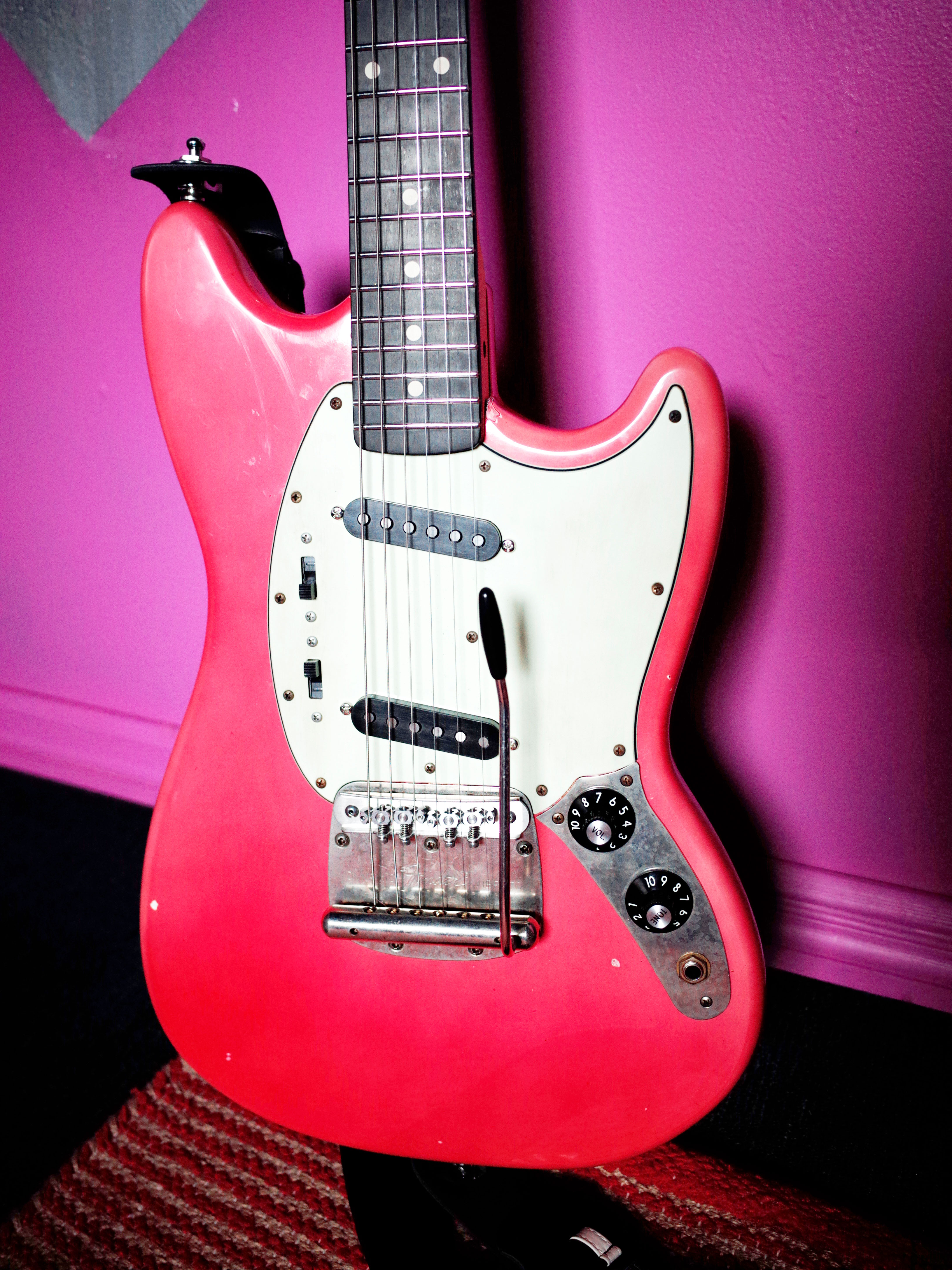 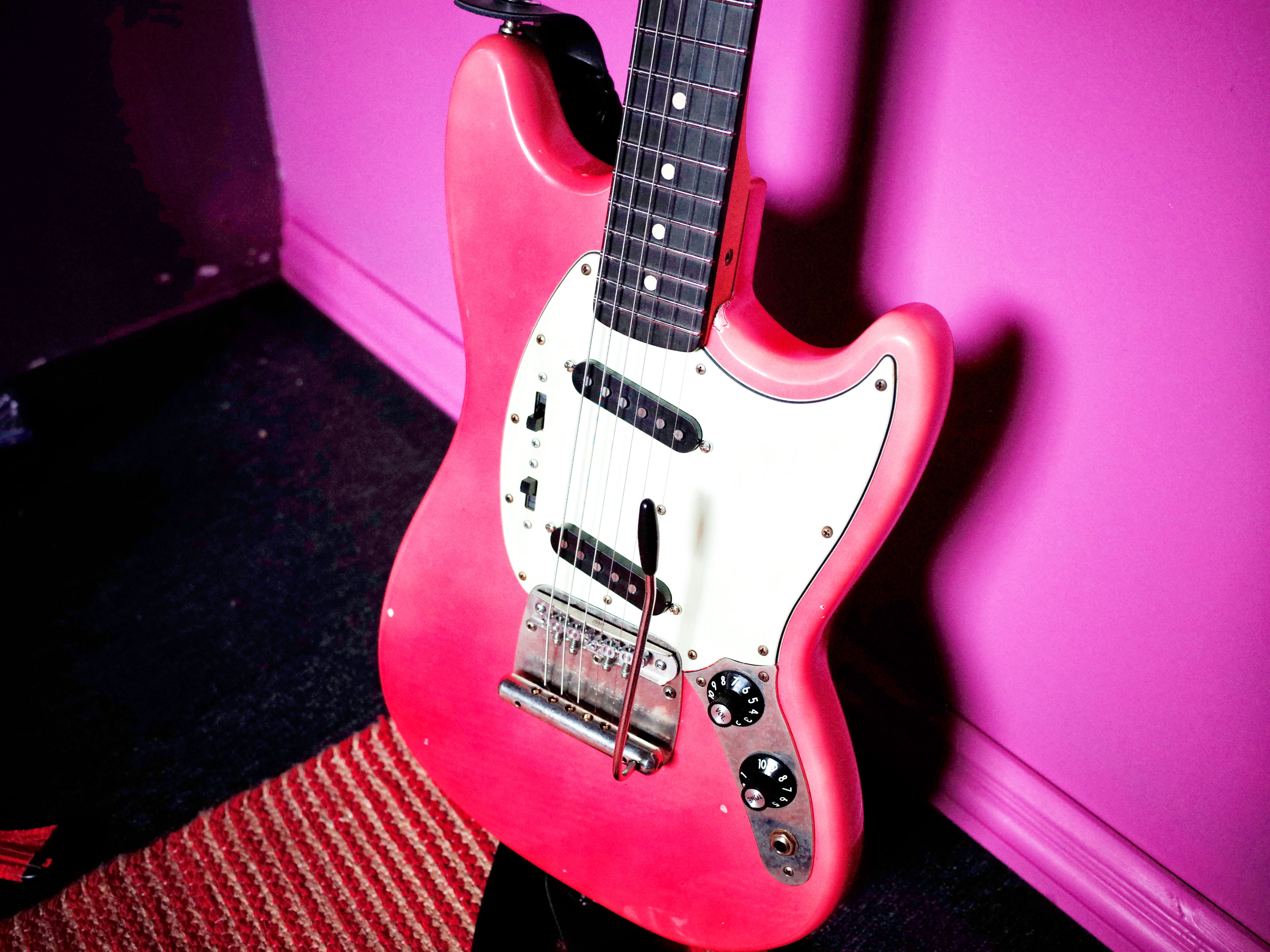 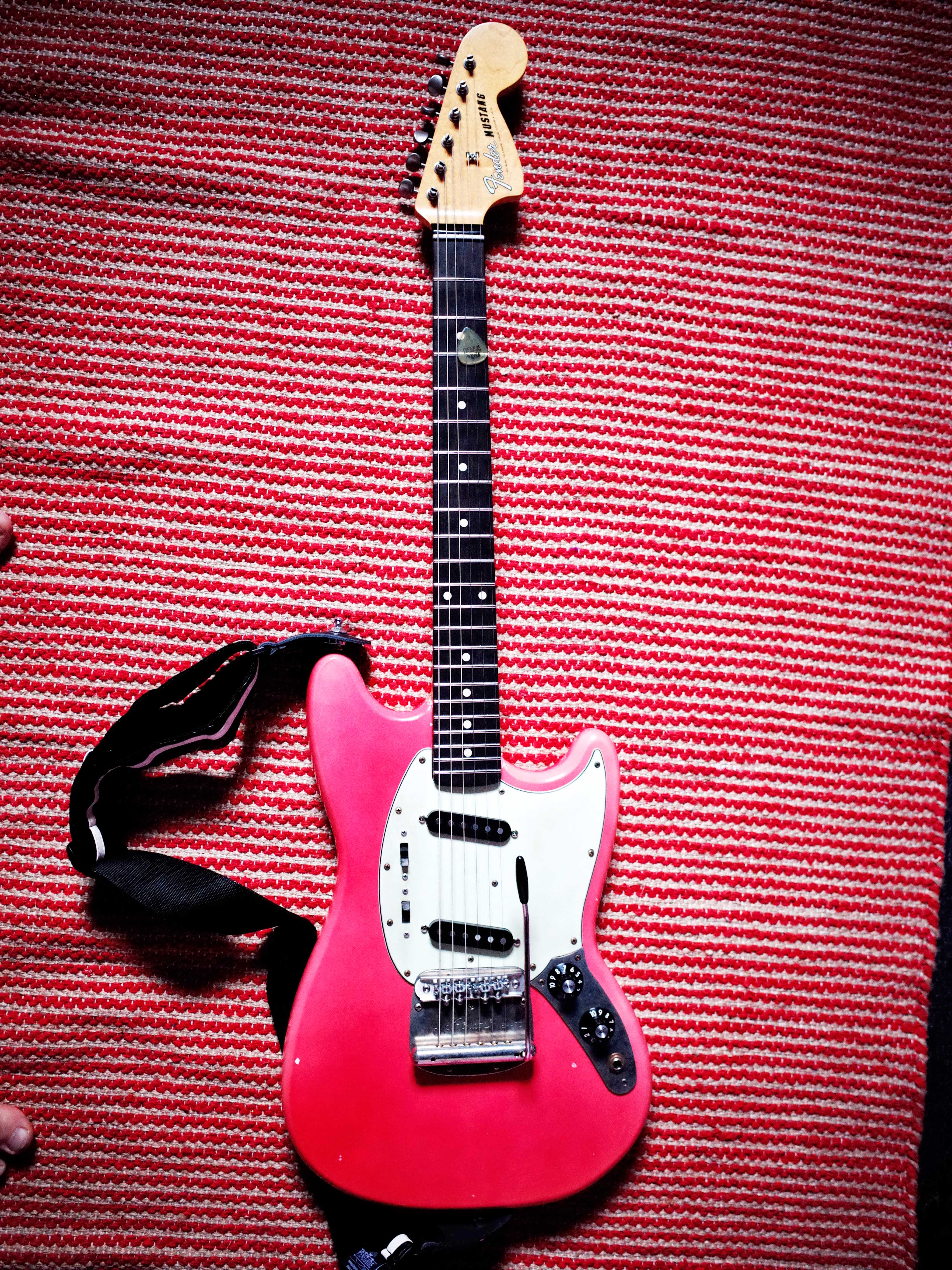 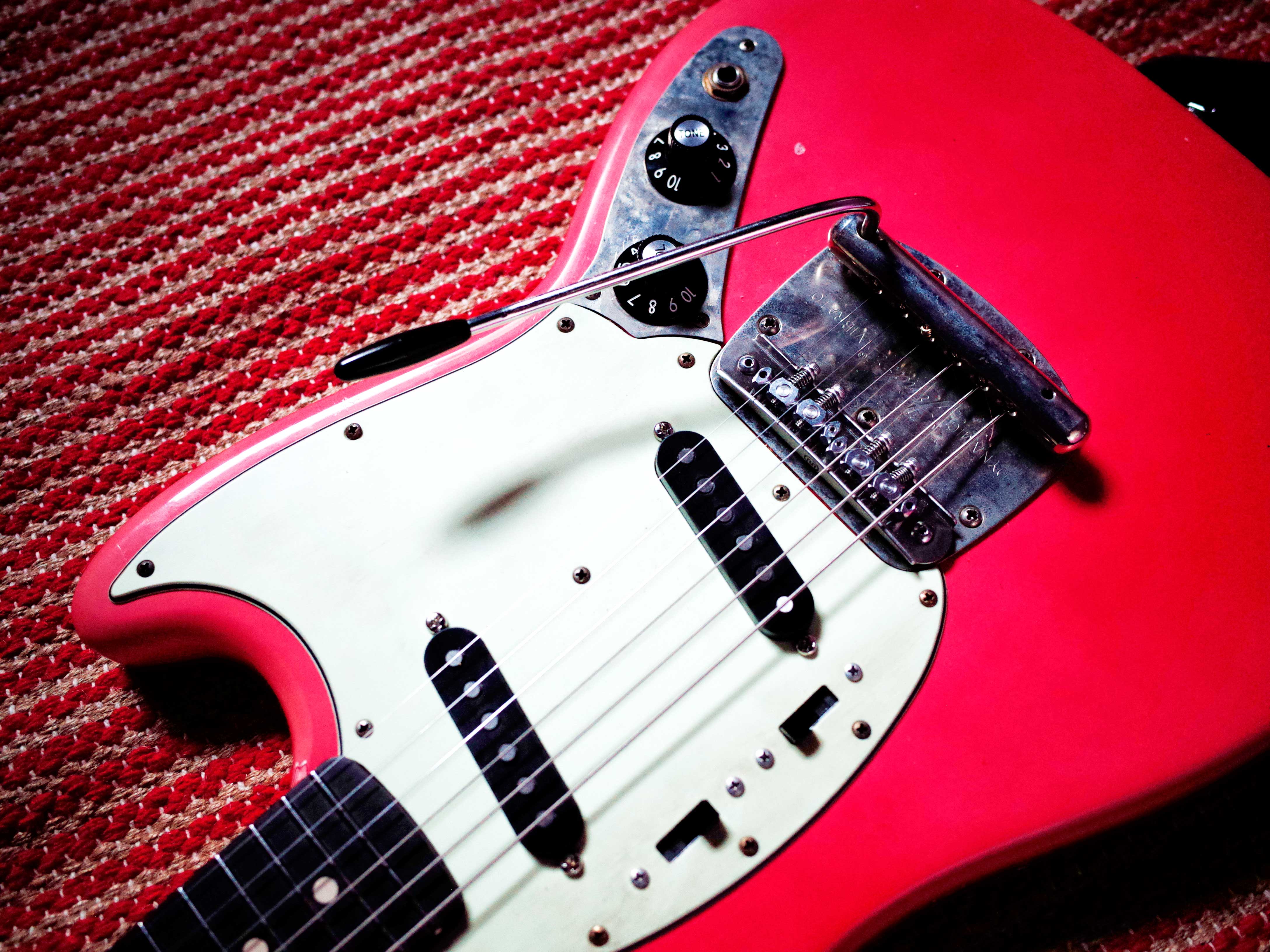 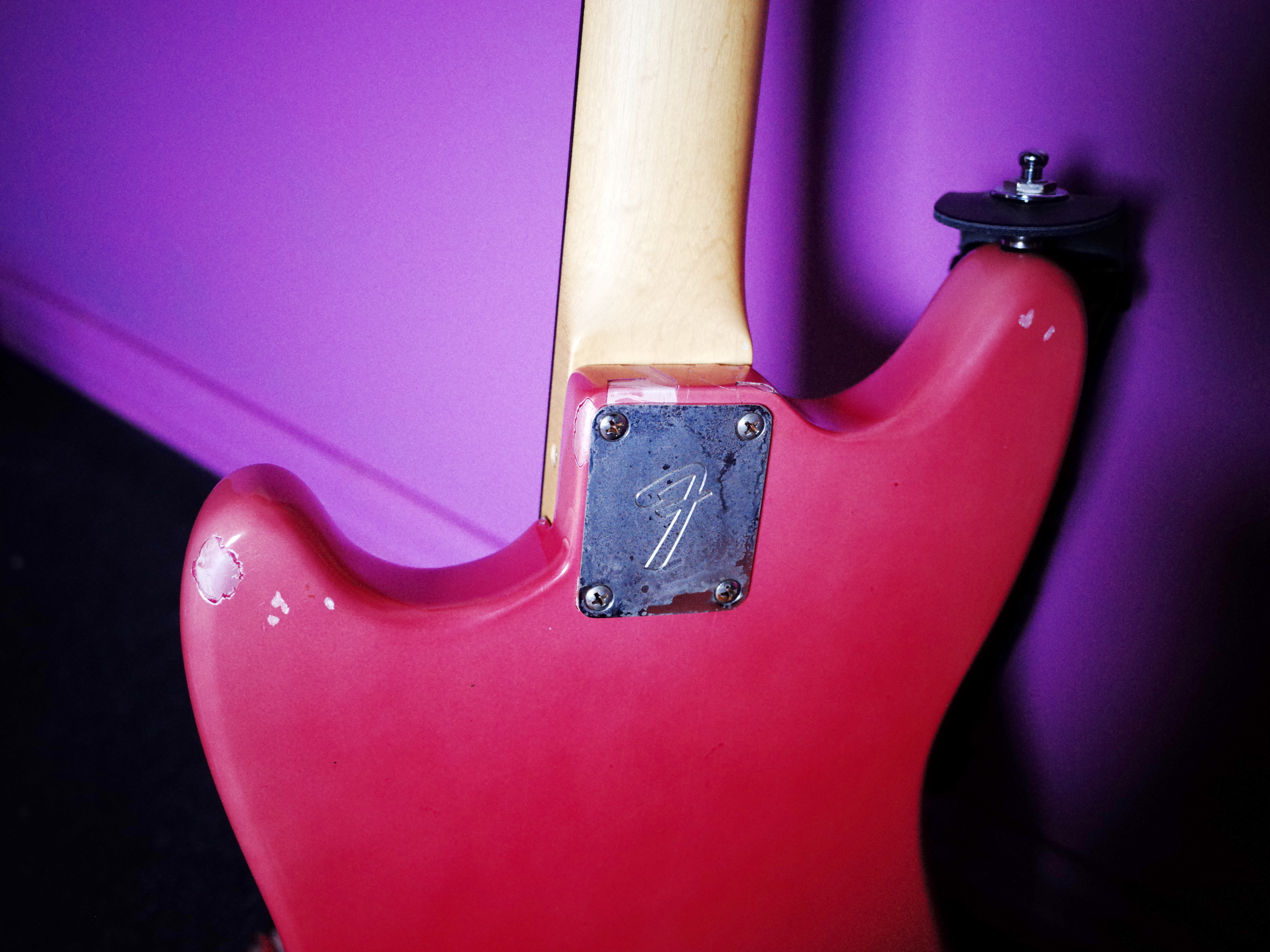 this is so great!! tahitian coral.... time for some googling.

Very nice!! Looks beautiful and it I guess it plays really good

That's so funny, just the other day I was showing some rare Fender colors to a friend who doesn't even play the guitar. Tahitian Coral stuck with him and he always ask me for some pictures when he sees me browsing guitar stuff

I'm guessing it's like some sort of faded fiesta red?
"With the resurgence of offsets it seems like we're also seeing a resurgence of people who don't know what to do with them" - 601210
Top

Yes, I suppose it lays between shell pink and fiesta red, on this one there is an added “reverse sunburst” effect because the edges, which must have been sprayed more lightly, have discoloured over the years in the areas more exposed to the light.
It does play really well, the body is very resonant and works well with this particular neck, which was kind of lucky.
Thanks to both for the nice comments!

Oh, fascinating! I once saw a wonderful 63 Jazzmaster (I think that was the year) in what I thought was faded fiesta red. I think it was actually Coral. I’ve been meaning to recreate that Jazzmaster...
Top