Talk about modding or building your own guitar from scratch.
Post Reply
150 posts

I got my custom routing template from Ponoko today and it fits the cover perfectly.
The final, polished cover should be here by the end of the week as well.
I think the wood may take a bit longer. I ordered a custom neck on the same purchase, so I'd imagine the vendor is waiting to ship everything together.

I may do something else fun in the meantime. I'll keep the details on the down-low for the moment though.
Top

If it were my build/guitar, I’d name it XK-E Mach 1 and just let folks stew on it/figure it out. Those who are both guitar and car enthusiasts will get it right away, and probably chuckle..

It lets you allude to the Fender origins/inspiration of the guitar in a subtle, clever way without having to use the words “Jaguar” or “Mustang” (or a labored mashup of the two).

And it doesn’t hurt that it evokes images/thoughts of speedy performance and sleek style. And, like the two guitars this build is based on, both car models referenced have their roots in the 60’s as well.

Good idea. I'm not a car guy myself though, so I didn't quite get it without some googling.

I'm not either, but I knew what an XKE was from that Jan and Dean song. And my uncle had a Mach 1 back in the early-mid 70's. I had to Google to confirm release dates, spelling and other details to see if it hung together.
Top

The finished version of the double cover arrived. 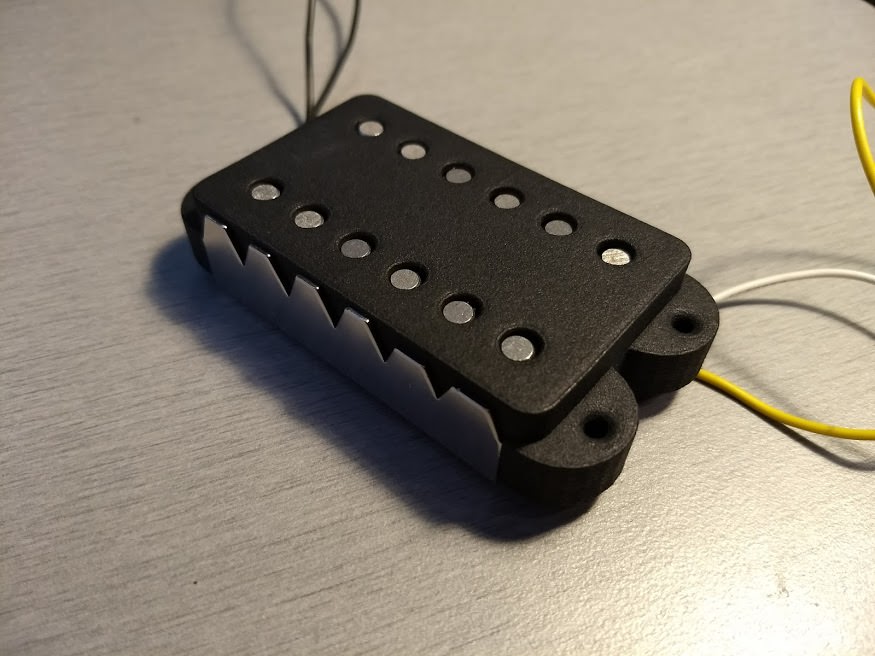 I think I'll get my neck single cover from the same place, so the materiality aligns.

Also, I got a prototype of my pickguard mounted cover. 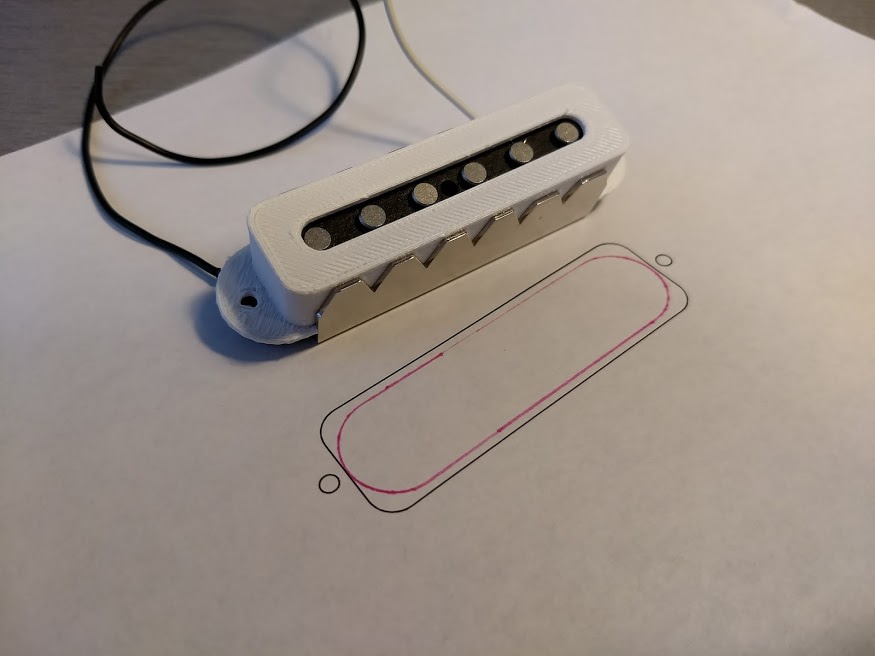 I did a quick outline from a mustang guard to show the slight difference needed in the pickguard cutout.
This one will need a little more tweaking. I hadn't considered the way the wires sit in relation to the base of the pickup, so the cover doesn't fit all the way down.
Last edited by ThePearDream on Fri Jan 26, 2018 8:02 pm, edited 2 times in total.
Top

Progress!
I got most of my working templates made up. I still need to add the pickup area routing to the main template. Since the Faction template was designed for WRHB and I'm using Jag pickups, I have to do some mods. I'll just do a swimming pool route though, nothing fancy. I also need to get the custom rhythm circuit layout that I drew up onto the templates.

Also, the wood showed up last week. So, hopefully I can find some time in the next few weeks to start on the actual body. 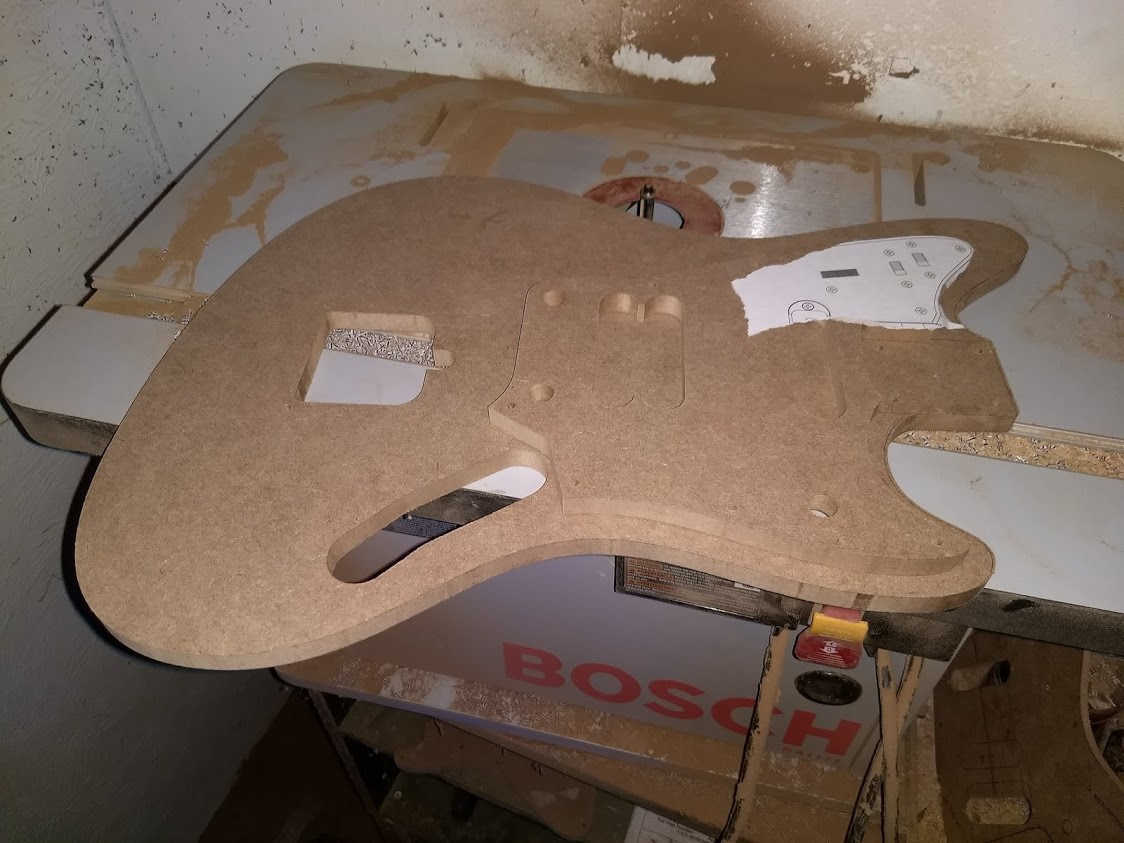 This is one of the coolest, most innovative projects I've seen in a while. The double jag pickup idea is awesome. Everything looks great so far.
Top

Cool project, I'm keeping an eye on this one!
Top

Thanks, it's great to hear such positive feedback.

). But it ended up getting real cold. Yesterday was beautiful, so I probably should have done it then.

Anyway, I decided to head back into my workshop for a little while. I managed to finish up my templates and then got the body outline cut and routed. 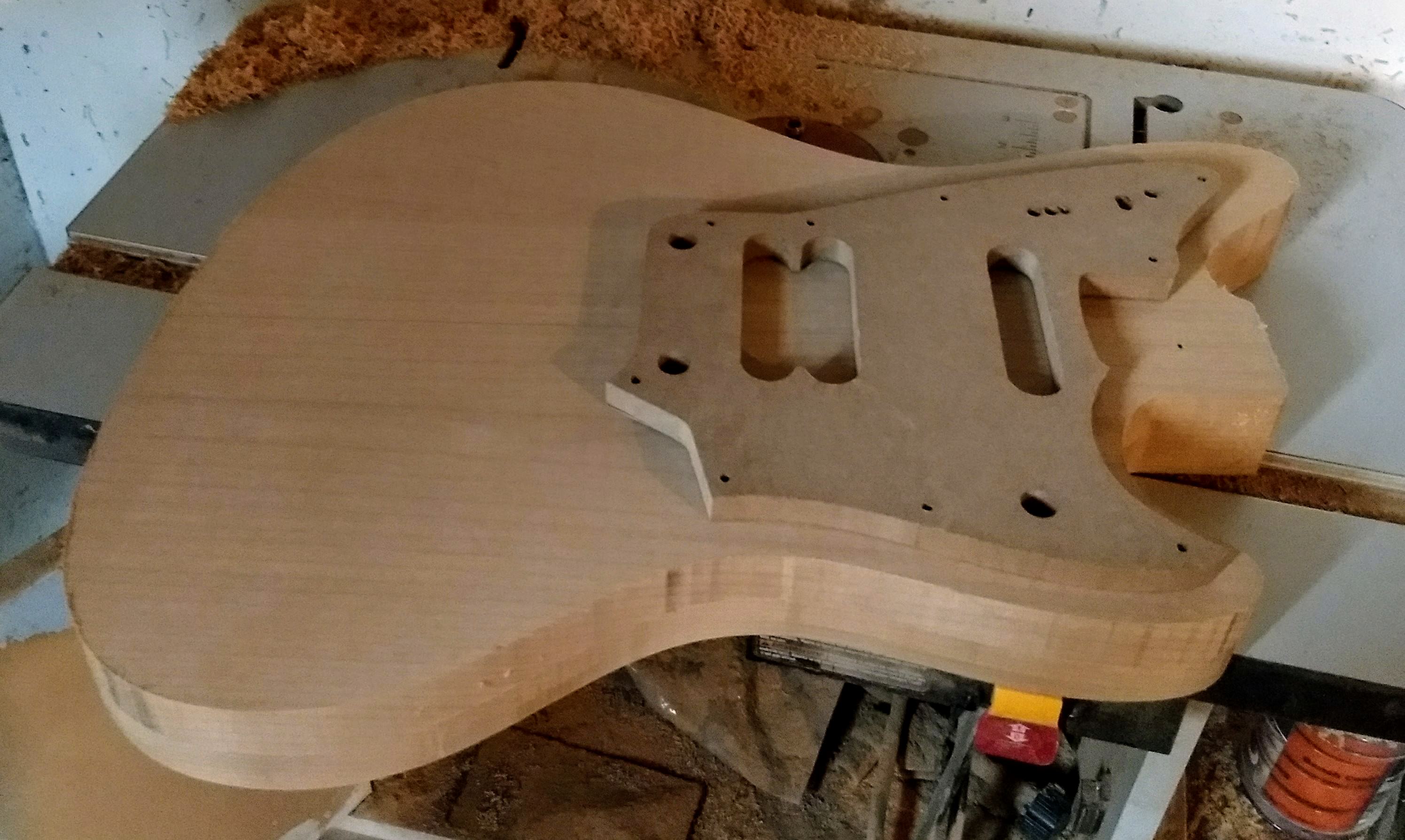 This is an awesome build. Loving the double jag pickup! Great work, man

Quick update.
- I have most of my parts in now. I'm just missing some basic electronics (1M pots, toggle).
- I need to track down a reverse audio taper pot with a 6mm shaft though.
- I'm trying to decide on a source for the white pearl pickguard material. I've used the $10 ebay stuff before and don't want to go that way again. I'll probably suck it up and buy the $50 allparts one. Might as well do it right, I guess.
- I'll need to figure out the full plan/specs for the pickups and choose a winder. I'll go into more detail on that later.
-Need to get a decal made, but have to settle on a name first. Last weekend I went deep into the wikipedia rabbit hole for inspiration. I looked at hybrid animals, extinct mammals, dinosaurs, birds, world mythology, astronomy, astrology, and on and on.

As of now, I'm leaning towards COYOTE 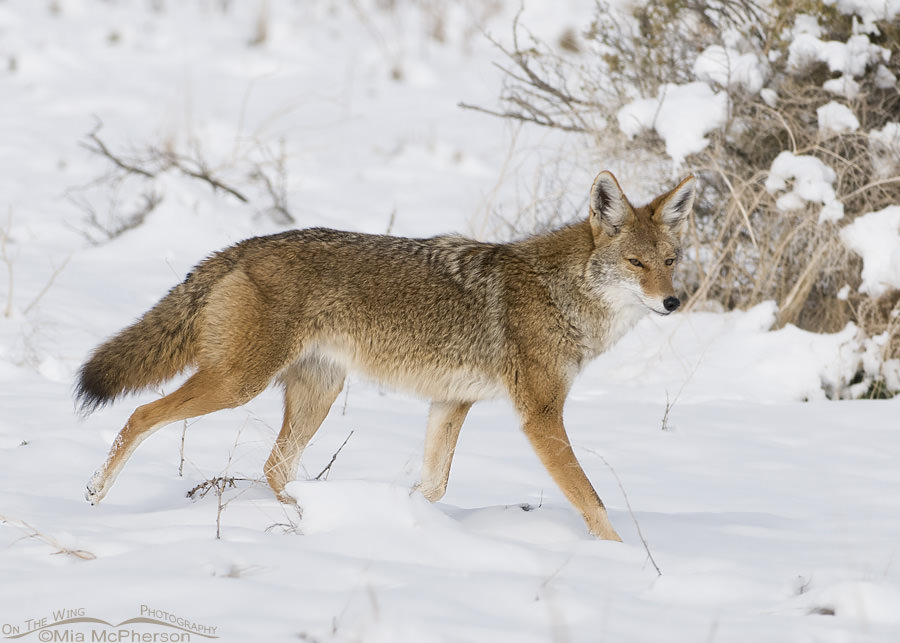 The name follows the spirit of Jaguar, Mustang, Bronco, etc. - a wild animal native to the Americas, it's like a smaller version of another animal (short scale), and they're just fucking cool animals. Also, I'm more of a dog person than a cat or horse person. I think it might look good on the headstock with the Mustang style "speed" lines. Bonus points for having orangey tones in their fur. Extra bonus points because one of my grandfathers was named Coy.

Super extra bonus points for the fact that the British members of the board can tell me that I'm mispronouncing the name of an animal that I can go see in a 20 minute drive.

. It's not broken, but there's definitely some soft tissue damage and I can't put too much pressure on it. I probably won't attempt to work on the body this weekend.
Last edited by ThePearDream on Fri Feb 09, 2018 5:02 pm, edited 1 time in total.
Top

Bummer to hear about the injury. Hope it heals soon.

The guitar, and those pickup covers, are just looking amazing. Really wicked design you have going here, can't wait to see more!
Top

Hope your thumb heals quickly. I can't wait to see finished pics of that Coyote. I love that name BTW.
Last edited by smjenkins on Sun Feb 11, 2018 3:16 pm, edited 1 time in total.
Top

Thanks fellas. Thumb is already doing a bit better, just heavily bruised and a bit stiff/sore.

I found some Alpha 1 meg mini reverse taper pots from Mammoth Electronics (pn# RV16AF-10-15R1-C1M) for $1.09. This will be for the bass cut control in the "rhythm circuit" area. From all the info I could find online, these should have a 6mm shaft which will theoretically work perfect with the import spec roller knobs that I've already bought.
Top
Post Reply
150 posts