For guitars of the straight waisted variety (or reverse offset).
Post Reply
101 posts

I figured we could use a Rickenbacker thread.

..and now, a 2009 330/6 in Mapleglo. I wish I would have kept the 330/12. It was a really nice guitar. I just wasn't using it much and sold it to fund something else. I want to make some changes to this 330 I have now. I think it is time to finally give a set of toasters a try. I plan on having Creamery make me a set of the Mid '63s with a lower output neck. I think I will go with 500k pots. I might go with the older style knobs then, too. I definitely want to back date to the old school strap buttons and tailpiece. I'm throwing around the idea of swapping to a set of Klusons (or the Gotoh equivalent). I just like the way they look so much more. I prefer a tuner with a slower gear ratio as well. I've never really had an issue with the stock bridges, but I've still be reading a bit about the Mastery for them.

I sold the 4003 to get my CAR Jaguar. It was a reluctant sale, but I had to come up with some extra money fast and it was one of my most easily replaceable pieces. I'll definitely get another. The 2011 360 was GREAT. Really, really nice. I liked the full width inlays and smaller headstock. I can't remember why I sold that one. I want to get another in a year or so. Probably Jetglo, but this time a 12 since I plan on keeping the 330. 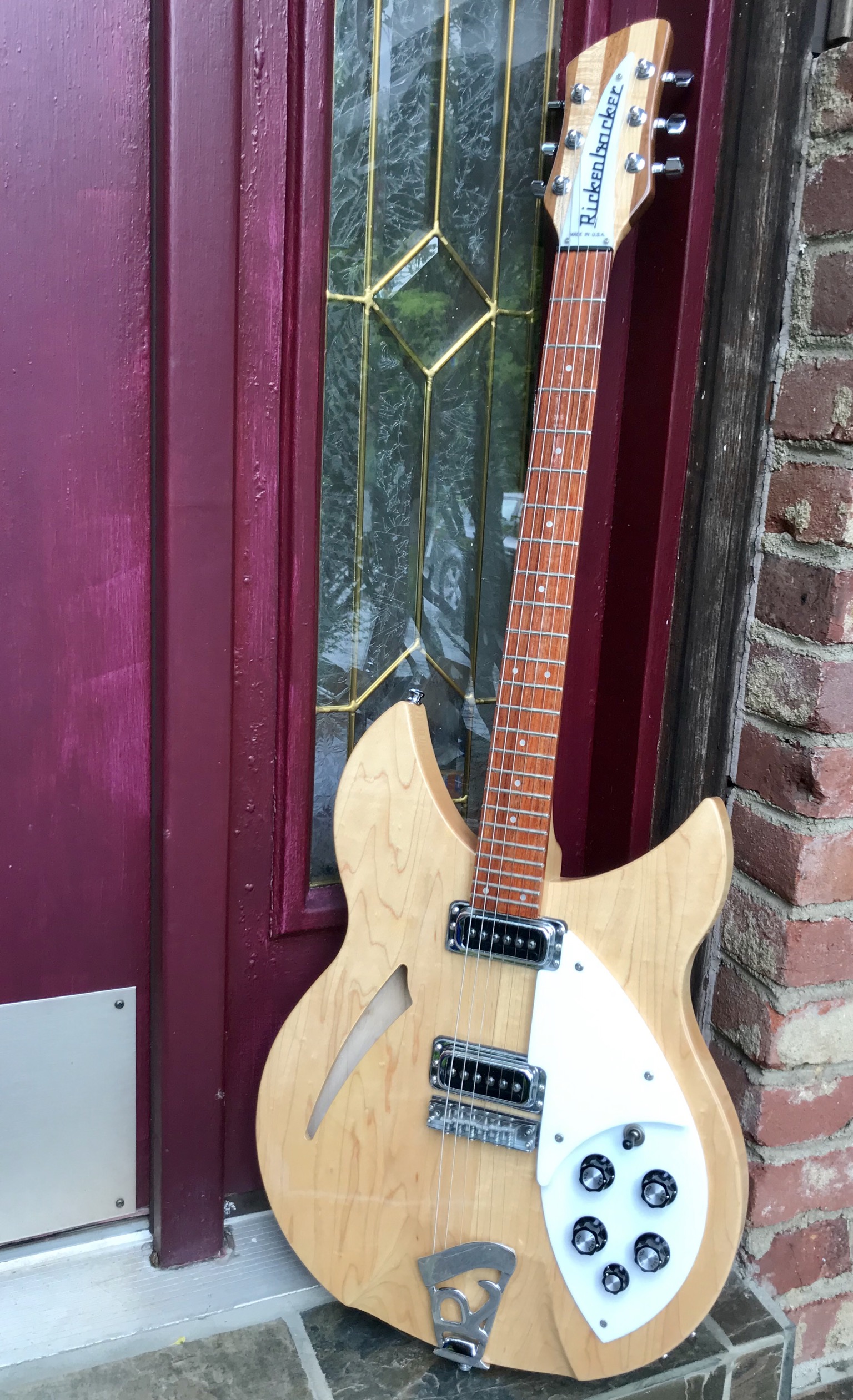 A world of ruin all in vain
Top

I traded my 330 for a Gibson L-00, and while that was a good trade, I'll get another one day I imagine. It was a pleasure to play.

I've owned two, both Fireglow, a 360 and 620. Both were from the late 90's. Through my twins and Marshalls they were both glorious. I hated setting them up with a passion.

I really miss the 360, that is one of my favorite guitars of all time. I went through one of those periods where I wasn't jiving with the neck so I sold it (and bought a jag, which I later sold, lol).
Top

I've only owned one Ric, a 660...it was a great guitar, but I just couldn't get on with the frets. The toasters sounded fantastic, I must say. It's that sound you hear on all the old records!

I will probably pursue another one in the future. Maybe a 360 this time, but I'd like a double-bound one...that would be cool.

I know nothing bout Rics, never even played one. Why are there so few pics of really worn vintage ones out there? Or am I wrong?
#sitdownrock found at https://soundcloud.com/oldguywithaview
Top

This was after I swapped the 'R' tailpiece for a Trapeze. I've gone back and forth on this a couple of times because I like both, but the Trapeze is ultimately more practical. This guitar was a bit banged up but still had the original bridge cover when I bought it.

These are some older pictures from when I still had the original tailpiece on it. I still have it, it's just in the case. The hardware swaps over without any extra holes.

My current 1990 Midnight blue 360/12 on the left..the one with black hardware was sold. The one on the left is a mix of black and white hardware!

A 2008 330-6 in Midnite Blue with toasters and non-R tailpiece. It was a sweet guitar...but, same old story...sold it to buy something else.

and a 2006 620-12 in Amber Fireglo that was the most beautiful guitar I've every had/layed. Just absolutely gorgeous. I think I sold it because I was afraid of dinging it up...that one had hi gains in it.

Curious thing, I've always heard that Hi Gains were better with 6 strings and that Toasters sounded great with the 12 strings...so I swapped them...

But I liked the Hi Gains with the 12 and the Toasters with the 6...so I swapped them back.

Love those Rics!
If I was a byrd, I'd be mighty sore every time they shut the door and I don't think I'd sing...
Top

I knew there was some Rickenbacker

I know this very well

I am fortunately at the point where I have owned pretty much every guitar I ever really wanted. The unfortunate part is that many were sold along the way to fund others. BUT, by now, when I buy something the second (or third) time, I know thanks to the gift of hindsight, to keep it! I really do wish I'd kept my red 330/12. 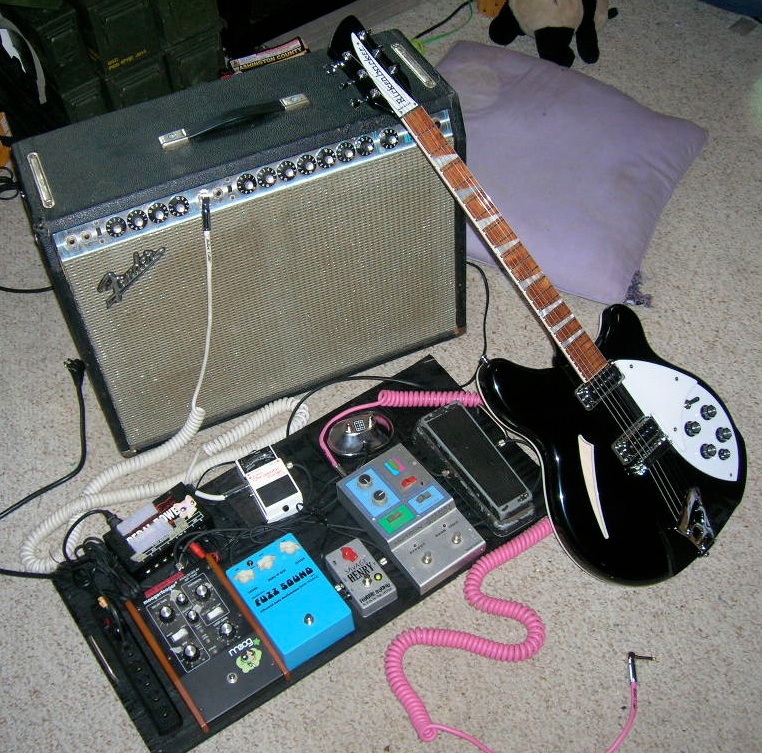 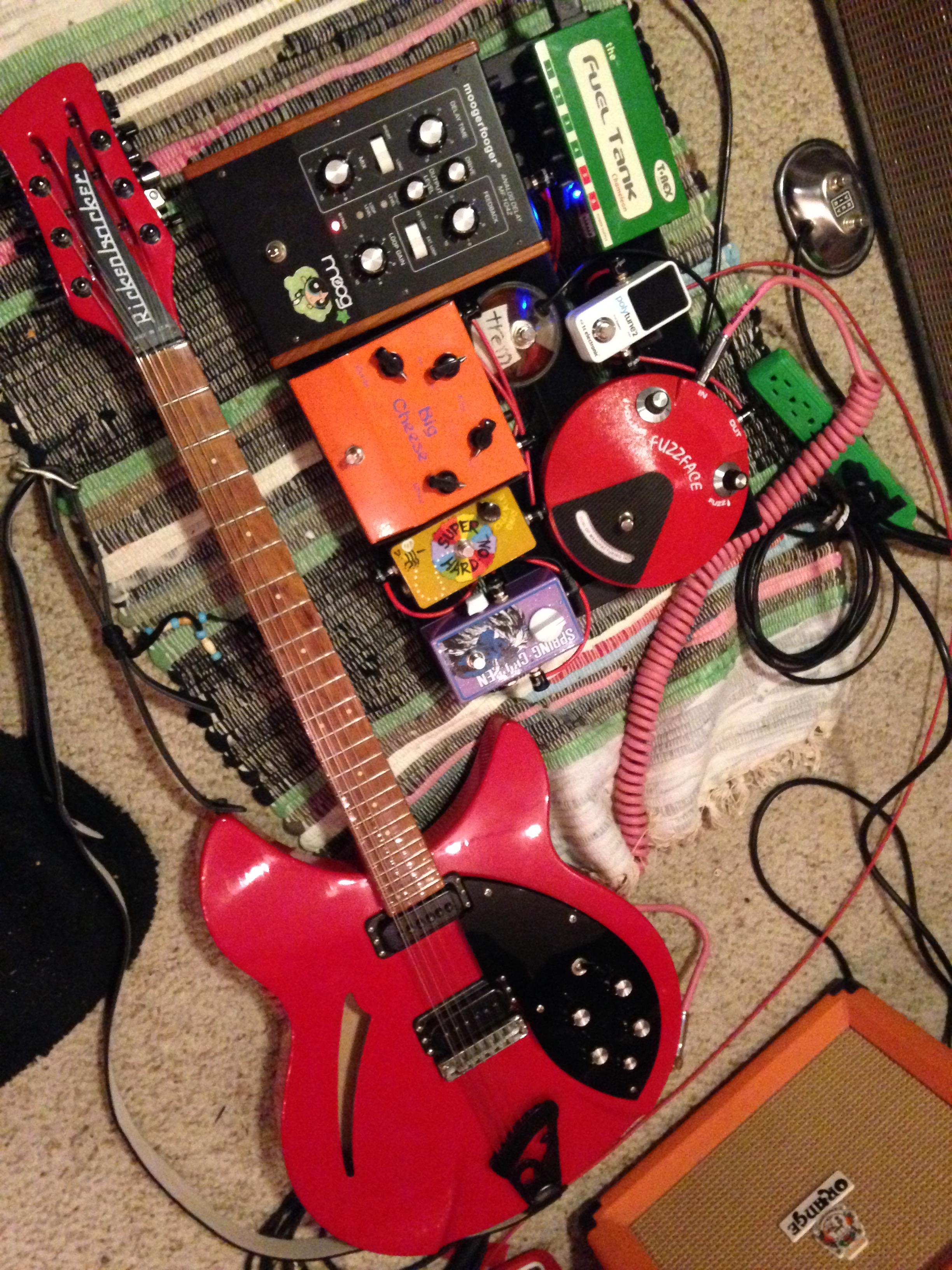 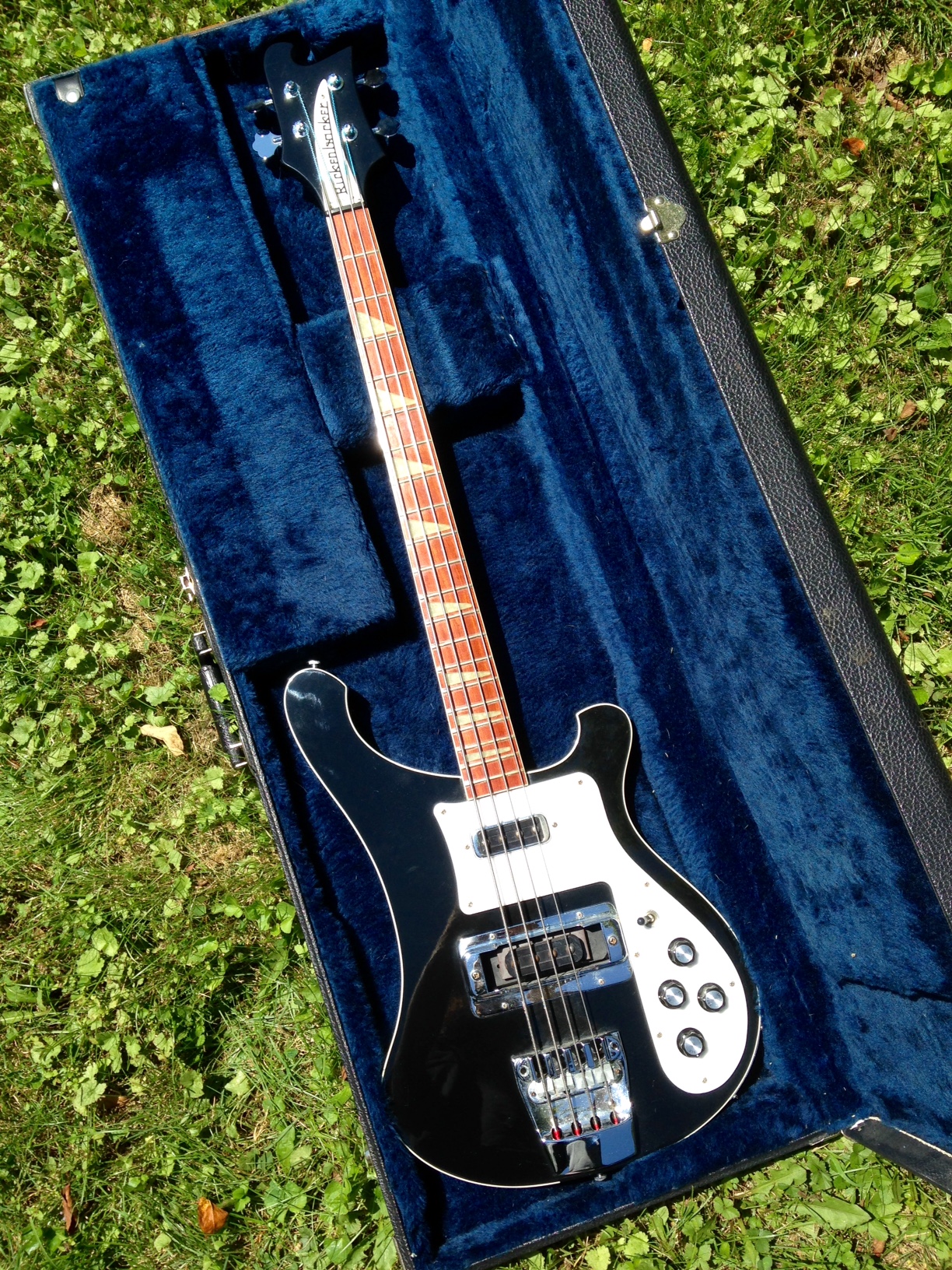 A world of ruin all in vain
Top

stupid thread has me thinking about selling my Jag to buy a 360-12!

If I was a byrd, I'd be mighty sore every time they shut the door and I don't think I'd sing...
Top

Damn, your jetglo 360 makes my mouth water! I love the colour and the full size shark fins. My 360 has the smaller fins, which bothers me a little.

I believe that's what is commonly referred to as a "Riccup".
Give the anarchist a cigarette
Top

Rickenbackers.
330 is one of my favourite body shapes of all time.
I don’t own one currently, but I plan on snagging one in the future.
They’re pretty rare where I live. Only Long & McQuade stocks them and only ever couple years or so. They usually go fast.
They had a walnut 330 and a nice Jetglo not long ago, but they got snagged before I could even pop by to check them out.
One thing I noticed is the pickups are very inconsistent.
I once sat down and tried two 360s and four 330s. Each one had a completely different sounding neck pickup.
All but one were muddy, no matter how much I tried to dial it out with the blend knob or tone knob.
The one that was perfect and tonally balanced was a Fireglo, otherwise I’d have bought it.
"Can you please pass me a jug of winter light?" - Lee Ranaldo 2000
Det er mig der holder træerne sammen.
Top
Post Reply
101 posts