Bringing your older offset back to life.
Post Reply
3 posts • Page 1 of 1

Hi,
I recently bought a '63 jazzmaster without a trem arm included. I found a reliced trem on Reverb but then noticed that the angle/bend differs from both my '66 Oly and my '64 jag. (see picture where I put the new trem beside for comparison).

Does anyone here know if Fender changed the angle during the sixties like they did on so many other parts? 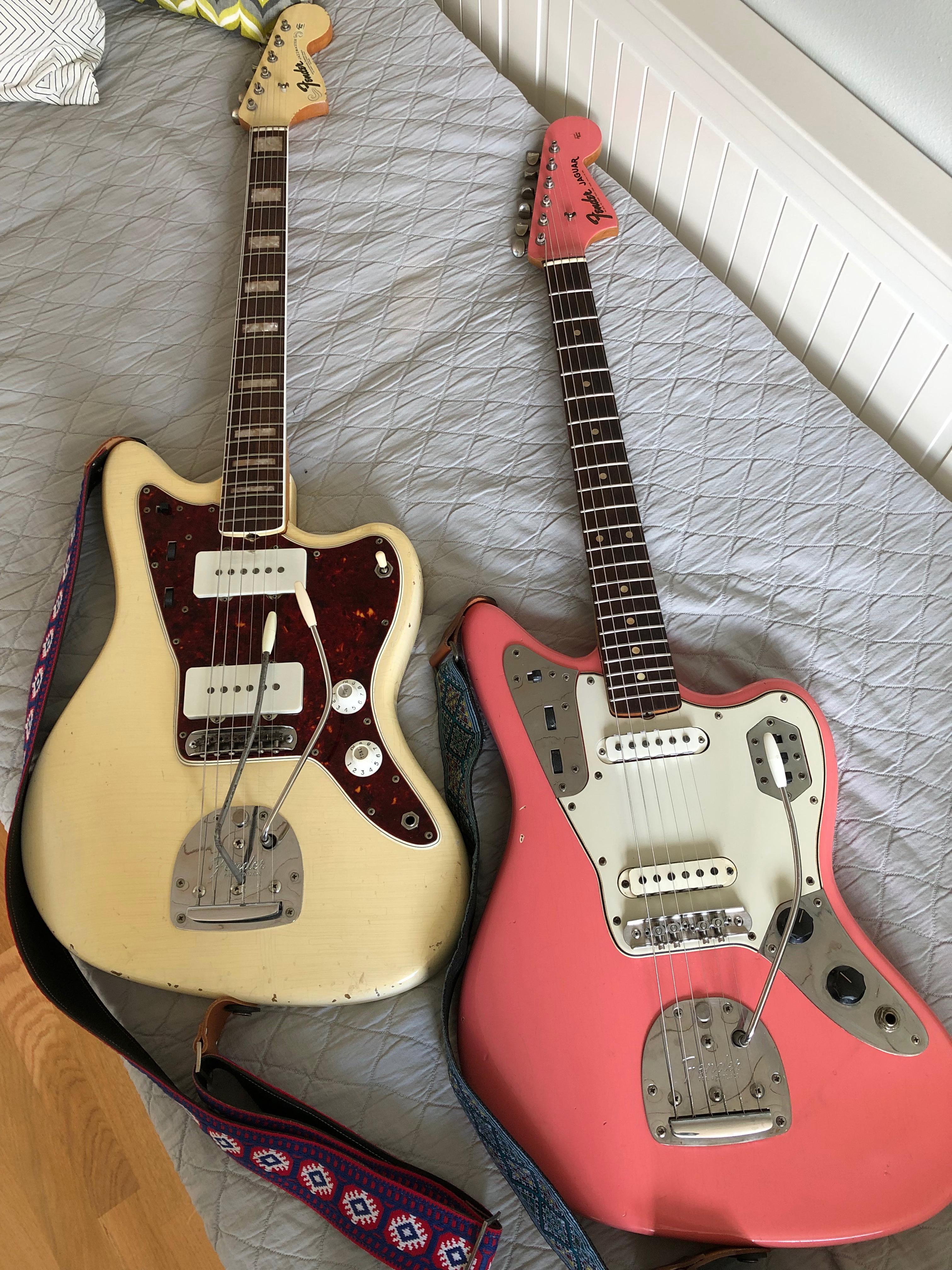 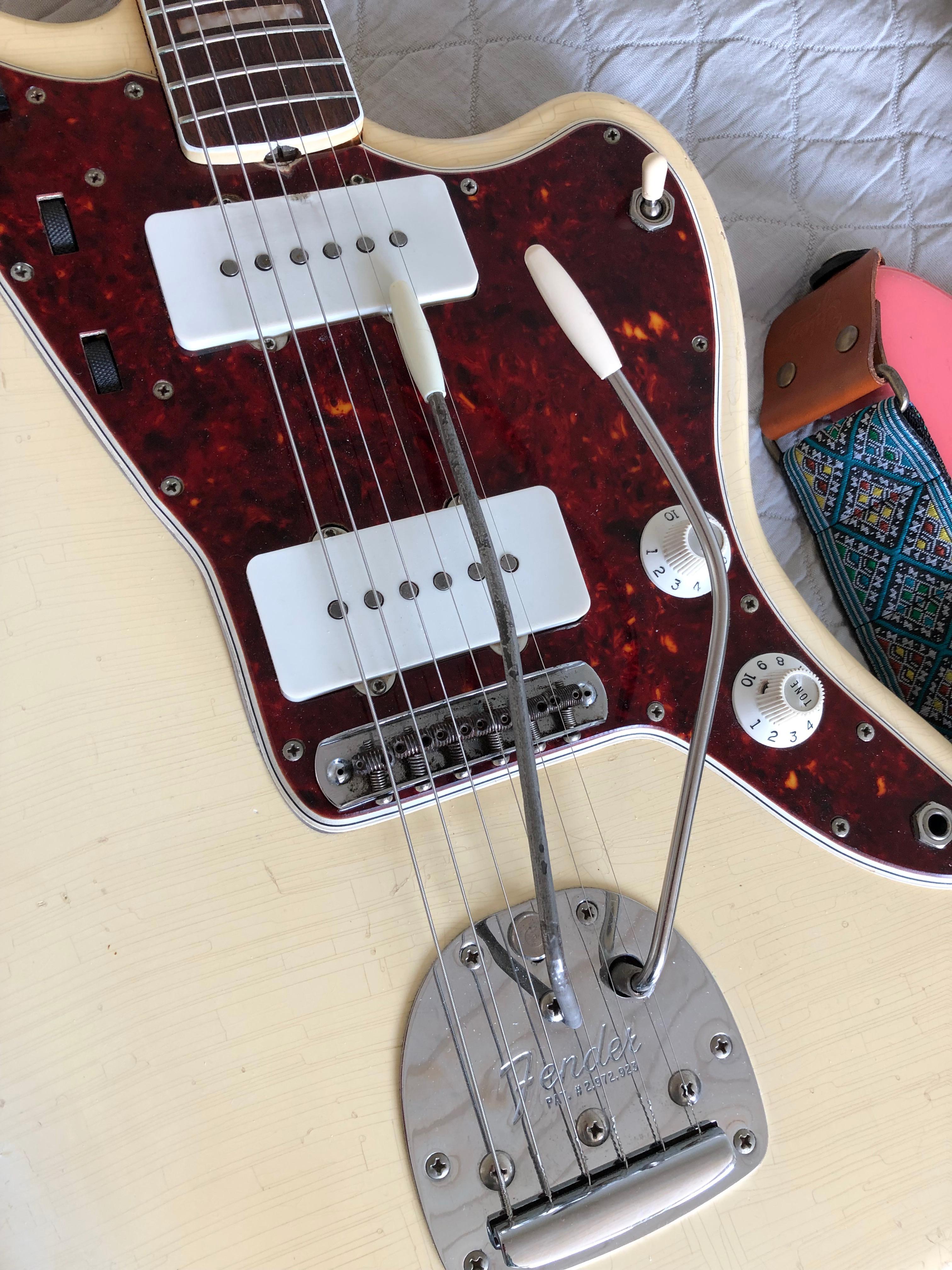 I'm not sure if they deliberately changed them, but there does seem to be a lot of variation. Probably a reflection of the fact that the process was largely done by hand.

The curve on the Jag in you picture is what I'd call about "normal" or average for a vintage guitar. The two on the Jazzmaster are at opposite extremes of the spectrum - in fact I don't think I've ever seen one as curved as the fitted one. The arm with the subtle bend in your pic is typical of many newer ones.

In any case, it's not very hard to bend/straighten an arm to your personal liking - which is probably another part of the reason why there is some much variation out there.

Thanks for your answer, JVG!
It’s interesting with the variation but as you say it is probably something that could have happend booth during production or by any previous owner.
I also noticed the more straight arms on the newer jazzmasters. I tend to like ’em with a sharper curve though.