I've seen worse chisel jobs. I reckon this could be cleaned up with a router.
Top

Definitely!
i love delay SO much ...that i procrastinate all the time.
Top

I'm certain of that, however I don't have a router or room to have one at home. My plan is to sand it smooth-enough inside (I got a 46 year old splinter taking it apart) and hit it with a coat of shielding paint and add a ground wire, to see if that'll help with the noise.

But that's next week after the hurricane.
Top

Finally back home after almost a week out of the US waiting out Hurricane Dorian and a weekend in Orlando, because wife and I are Harry Potter geeks and I am also a major Simpsons geek.

This morning, I started on the project. Took the guitar apart to inspect better - I had already decided on all new electronics across the board, but after opening it up, it confirms it. Whoever modified this originally did it poorly. Also, not relevant, but interesting, I dated the pots to 1997, so I guess that the work was done in the late 90s/early 00s.

I've already started work on shielding the cavity and the pickguard, but for today that's pretty much all that'll get done, since it's a workday and I'm also not feeling 100% (I blame the theme park food).

In the meantime, most of the parts I need/want already arrived, (pickups, pots, switches, black pickup covers), but I am missing a few tools (soldering iron for one), so until those arrive, the guitar will just be hanging out in its case.
Top 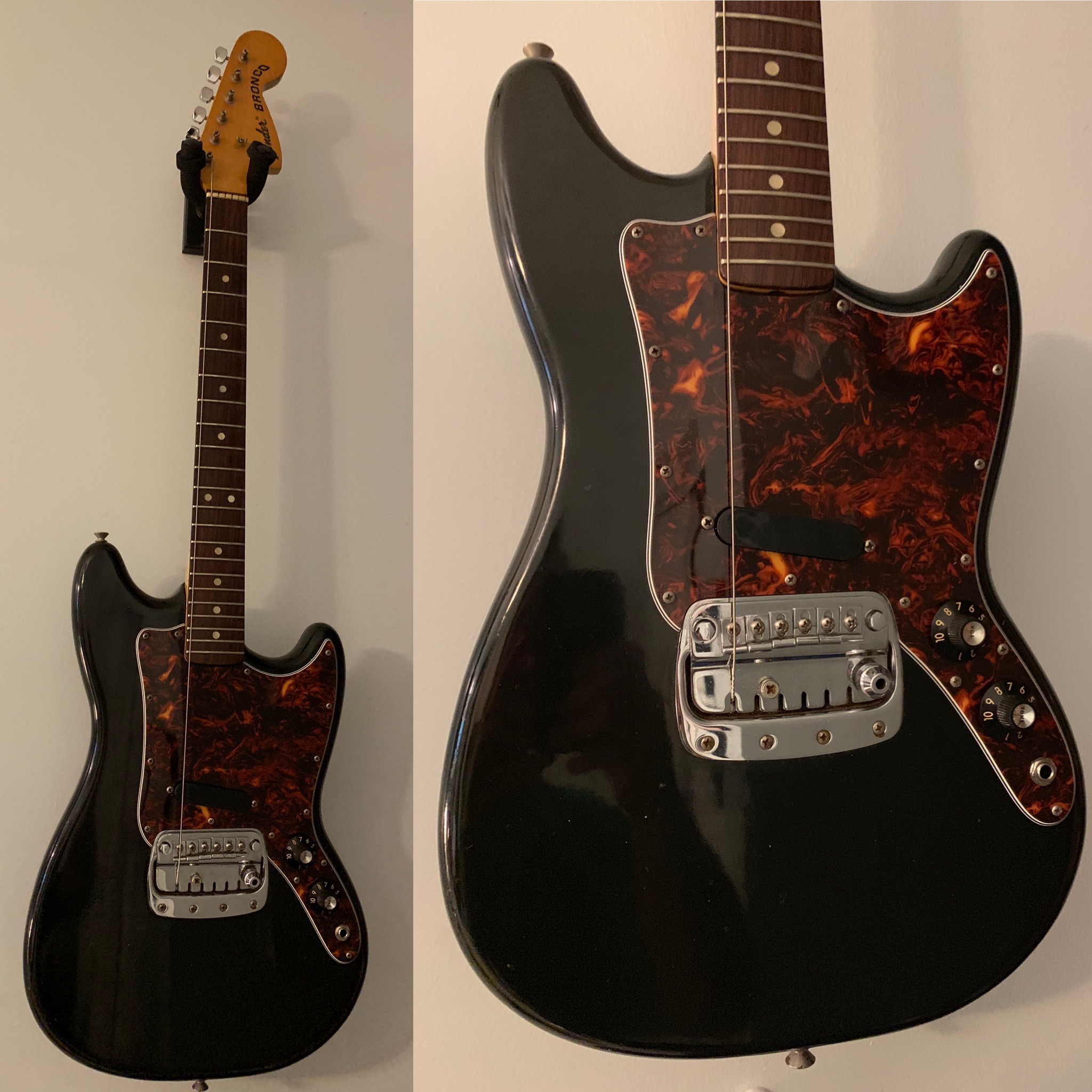 I would've used a mint guard but hey...
i love delay SO much ...that i procrastinate all the time.
Top

I would've used a mint guard but hey...

aged pearloid guard for me. but that tort is killer.

personally. i'd also add a neck pickup since it's already been mutilated, might as well roll with it. go for my usual combo. hotrail in the neck, quarter pounder in the bridge
offset guitars resident bass player.
'Are you trying to seduce me Mrs Robinson? Or do you just want me to solder a couple of resistors into your Muff?'
Top

All completed, strung up, and has a trem arm now (Allparts BP-0274-005 and some anti-seize, just if anyone needs a trem arm that'll work with a Bronco). 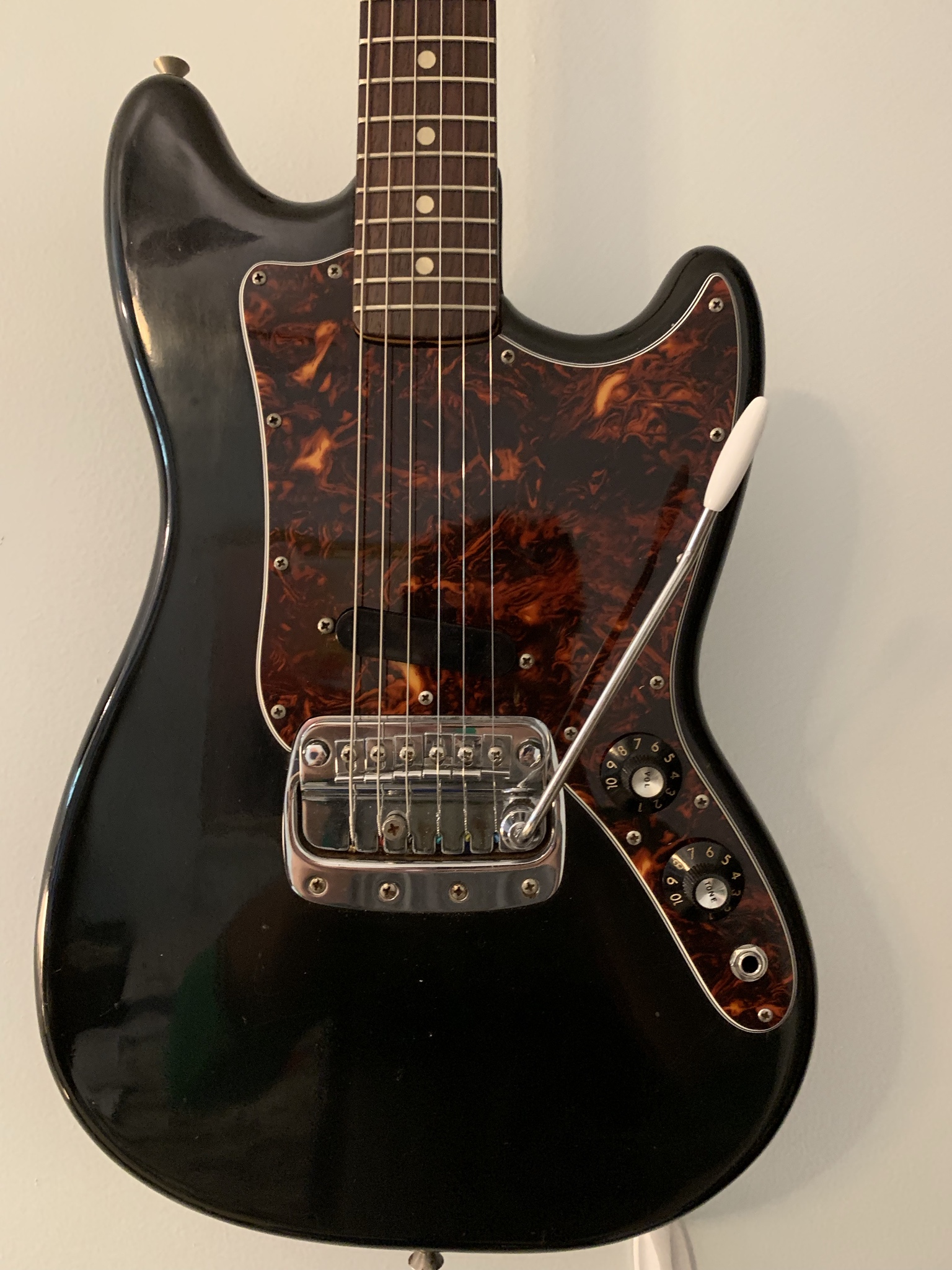 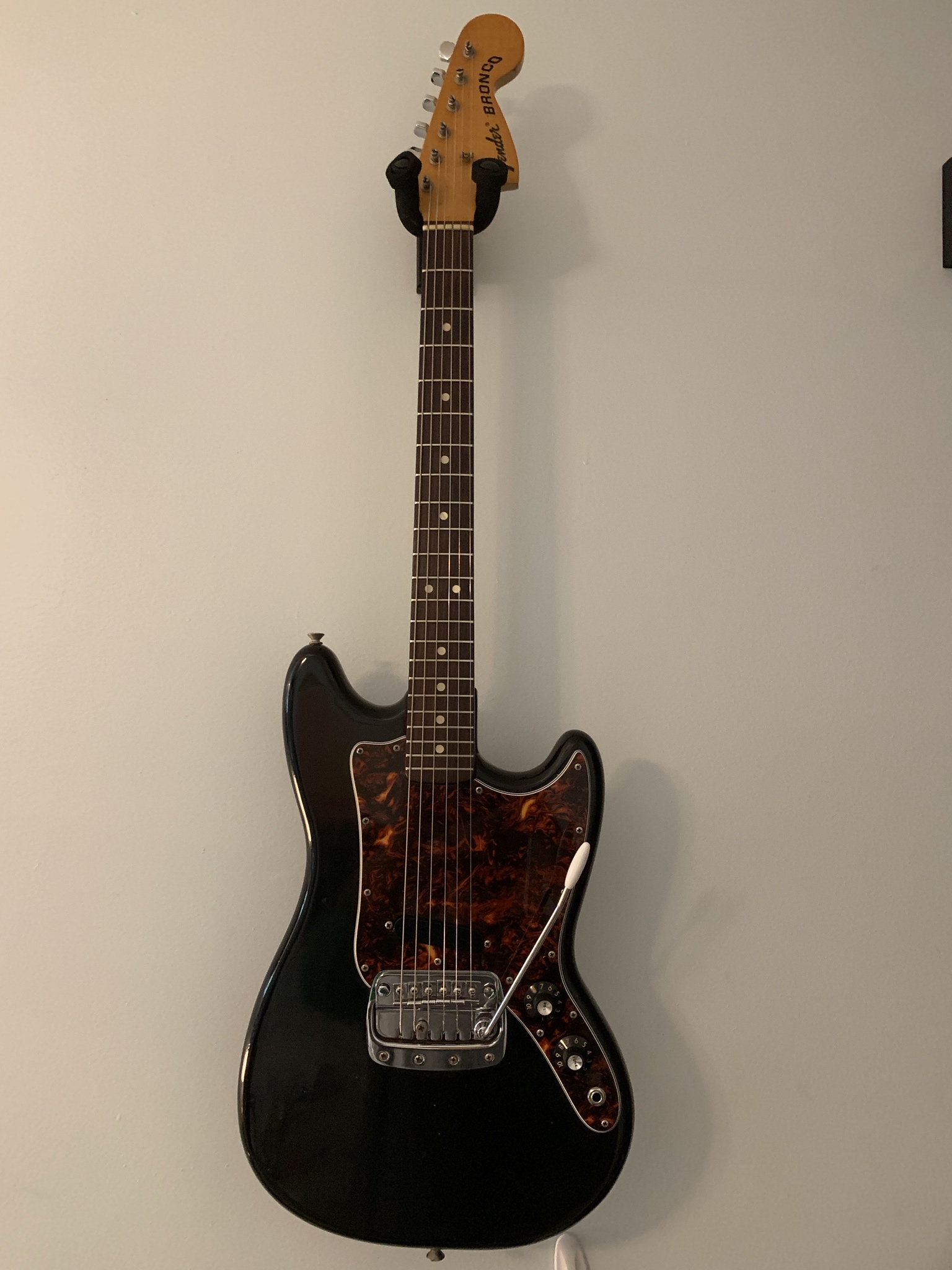 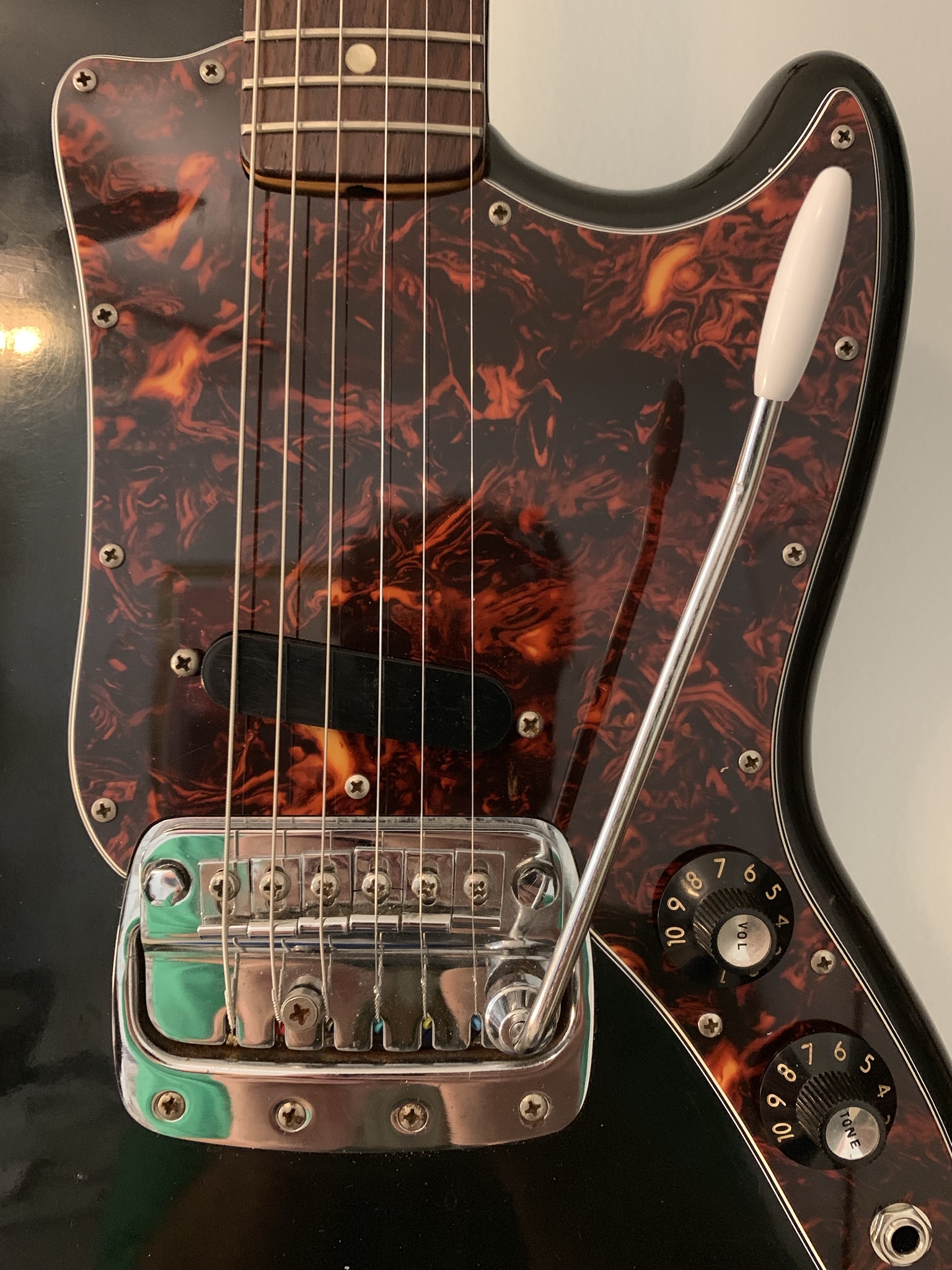 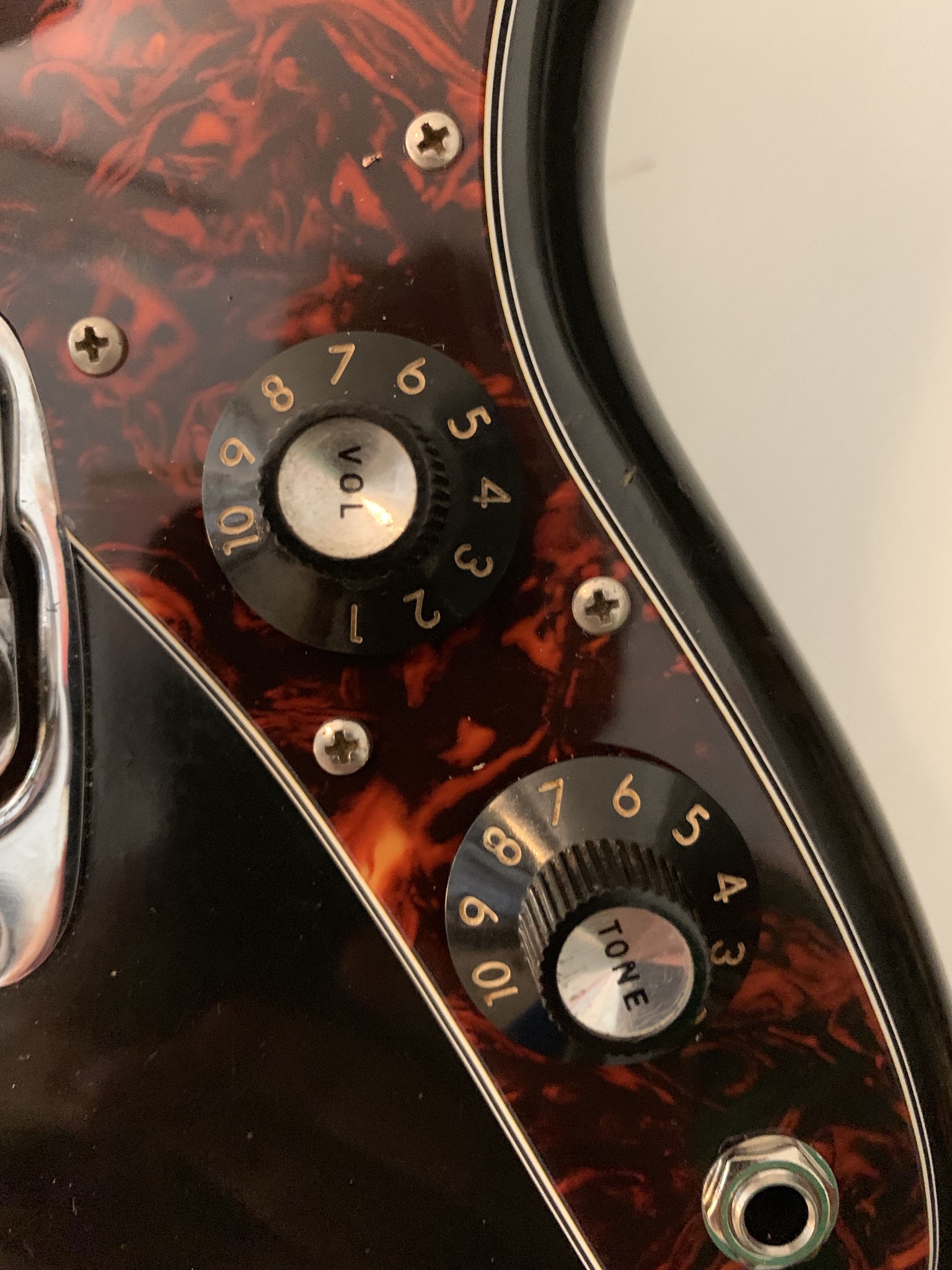 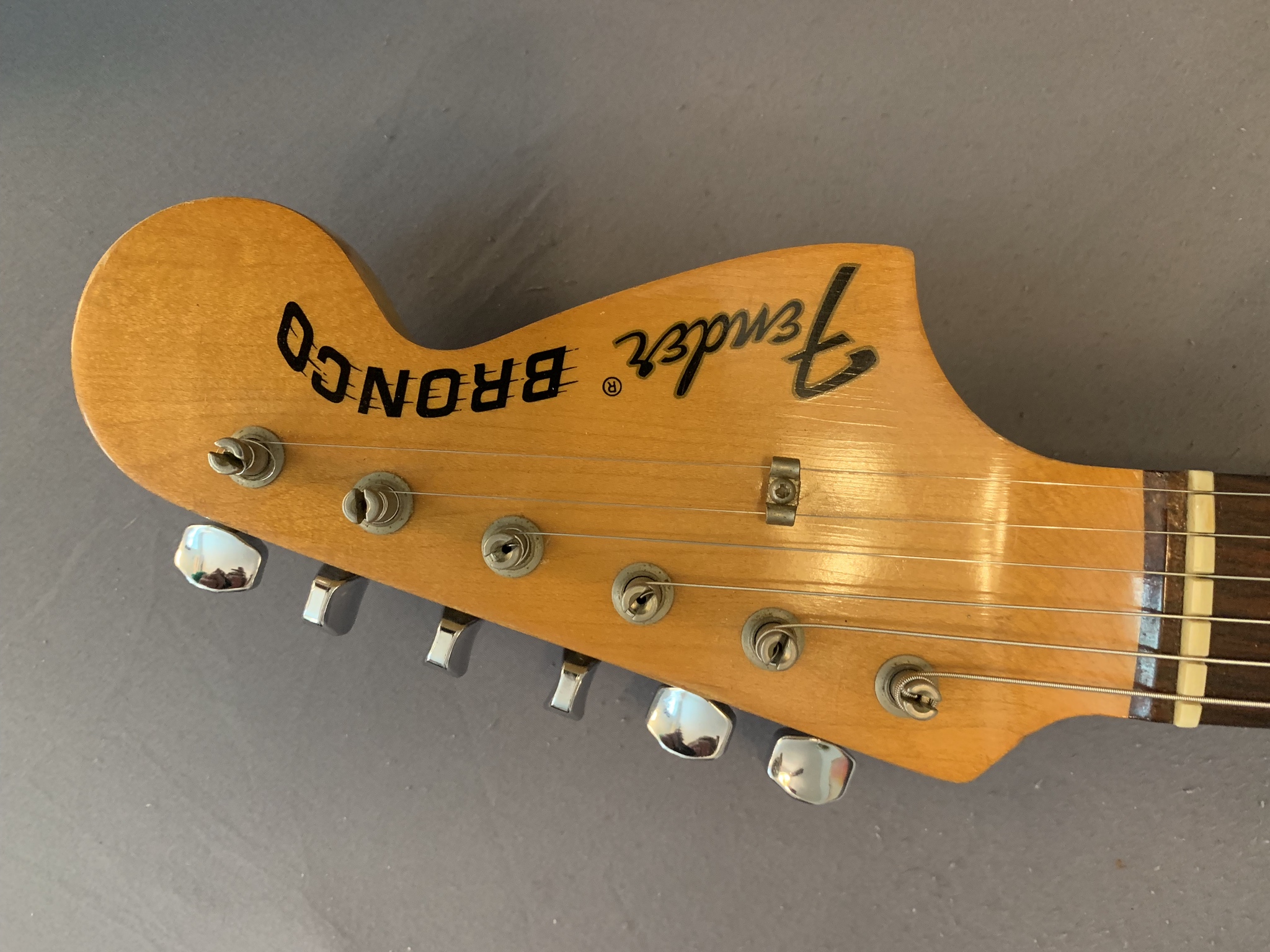 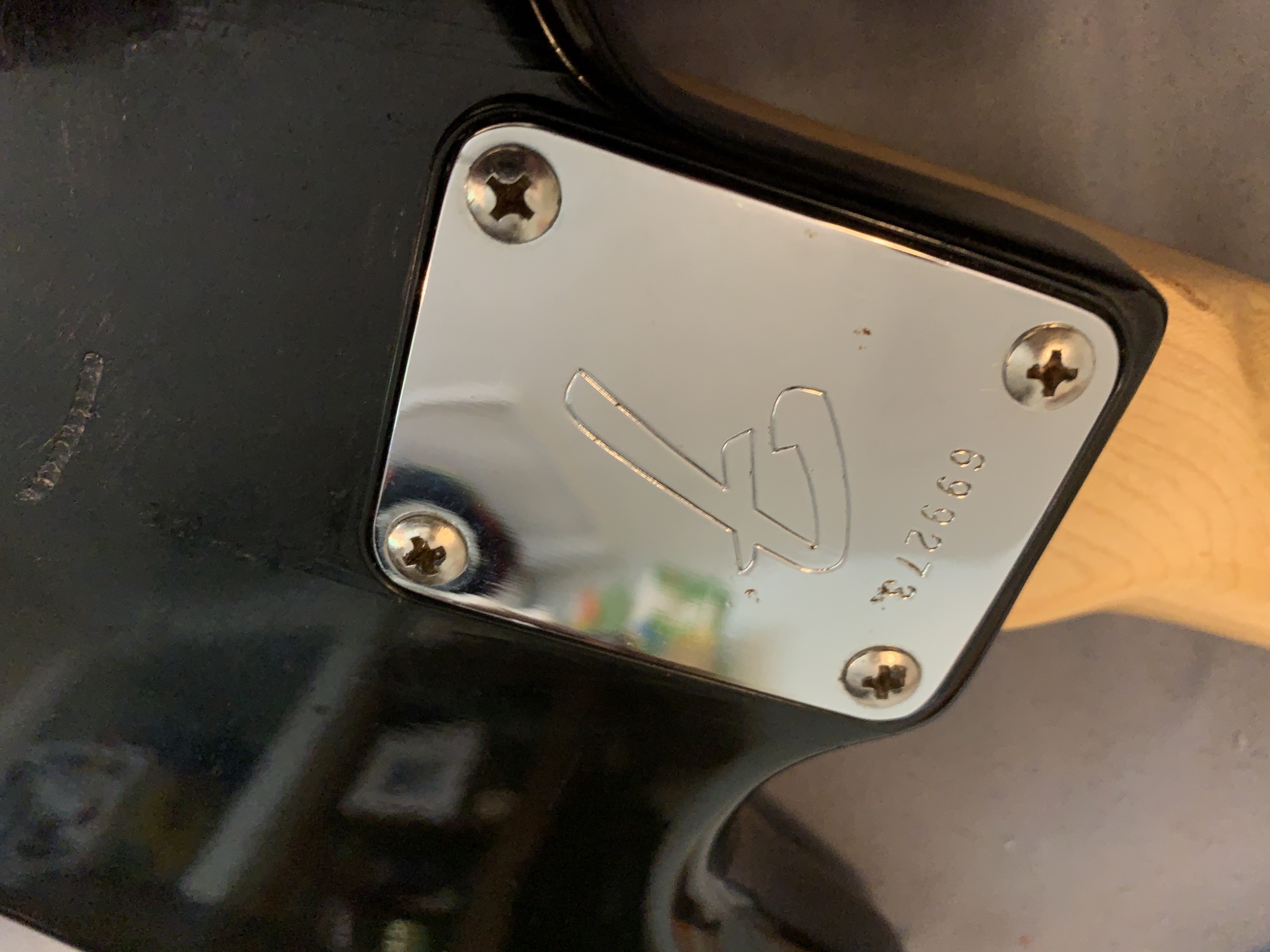 Degililicious
i love delay SO much ...that i procrastinate all the time.
Top

Looks great!!
"With the resurgence of offsets it seems like we're also seeing a resurgence of people who don't know what to do with them" - 601210
Top

So, a minor update. I've been having issues with fret buzz, without any amount of adjustment fixing it. After screaming at the heavens for a bit, I left it with the tech at Walt Grace Vintage to take care of it while I was out of town in DC for a beer festival.

I got it back today, and it is perfect. Low action, perfect intonation, and he even took the trem apart and reassembled it to get it back to 100% functionality and polished the frets. It is 100% a keeper now.
Top

A tech who had the patience to set up a Bronco vibrato is one worth keeping. Love the look; glad you didn't keep the neck pickup in the final version.
King Buzzo: I love when people come up to me and say “Your guitar sound was better on Stoner Witch, when you used a Les Paul. “...I used a Fender Mustang reissue on that, dumbass!
Top

Looks great!
You think you can't, you wish you could, I know you can, I wish you would. Slip inside this house as you pass by.
Top
Post Reply
30 posts