For guitars of the straight waisted variety (or reverse offset).
Post Reply
21 posts

I just pulled the trigger on an auction that was just too good to pass up. Feeling a little woozy.

The Martin CEO-7, ladies and gentlemen. 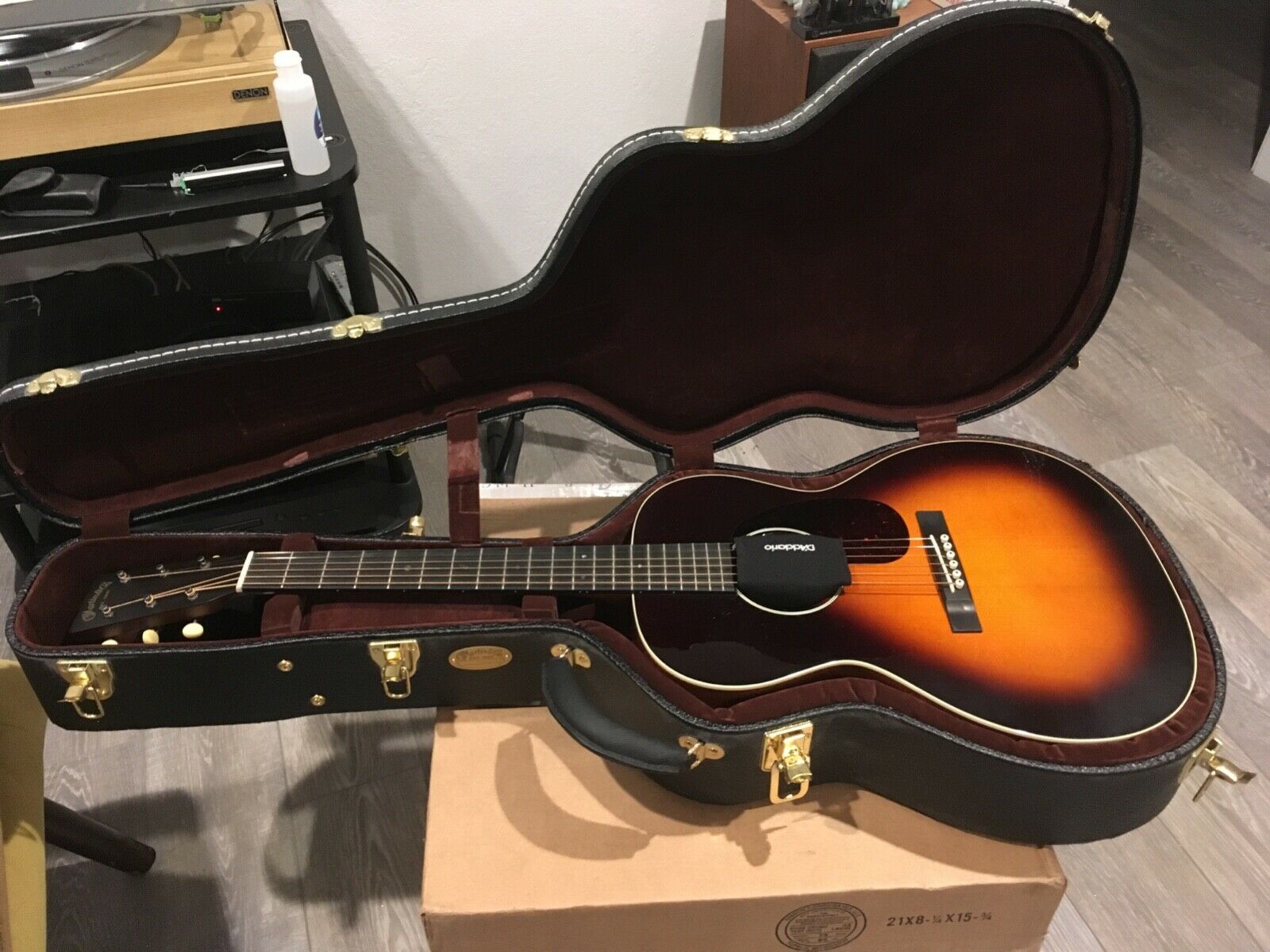 Watch the classifieds for a different acoustic soon.

These are immensely popular over on AGF for good reason. Congrats!
Top

Yeah, I played one of those for quite a while when I was deciding on a new acoustic. I loved the guitar, except I was a little leery of the "V" type neck on there, but it probably would have been fine. I mean, I'd still buy one even now.

I'm headed out of town for the remainder of the week so unfortunately I had to delay shipping. Gonna be a good week or so before it gets here.
Local milk person
Top

Congrats! I’ve played a couple of those and may ultimately end up with one if a Waterloo doesn’t find me first. The neck is super nice and they sound SOOOOO lovely!
Top

Very cool, I considered one of these over a 00018 and wound up with that (coming tomorrow!) but it was very, very close.
Top

Congrats! This is one of the best --if not downright the best-- guitars that Martin makes.

You obviously know the neck profile. It is what has kept (and will continue to keep) me away from this guitar. Too bad as I think it is the perfect guitar otherwise. I always felt the 00-18V was Martin's crowning achievement, but the CEO took everything about that and made it better. Enjoy!
Top

Thanks! The neck is actually a huge reason I'm into this guitar - a soft v is my favorite kind of carve.
Local milk person
Top

Well, the box has arrived. Do I really need to let it acclimate to my house for 24 hours like people often say?!? It's not as if it's been hermetically sealed.

I got my 000-18 on saturday and all I'll say that that I'm not even close to being that patient of a person. It was perfect when I opened it up. I've heard some stuff about martin neck angles recently, but the action was actually very, very nice out of the box and it has a ton of room to go even lower.
Top

As opposed to what, not playing it? It’s probably a good idea to hold off on a setup for a couple weeks, but I’d just play the hell out of it if I were you.
The cool thing about fretless is you can hit a note...and then renegotiate.
Top

DesmondWafers wrote: ↑
Mon Mar 04, 2019 12:18 pm
I got my 000-18 on saturday and all I'll say that that I'm not even close to being that patient of a person. It was perfect when I opened it up. I've heard some stuff about martin neck angles recently, but the action was actually very, very nice out of the box and it has a ton of room to go even lower.

That is very lucky- you probably heard about that neck angle thing from me, I have that 00-17s that I liked which needed a neck reset the day it rolled out of the factory.
Back in those days, everyone knew that if you were talking about Destiny's Child, you were talking about Beyonce, LaTavia, LeToya, and Larry.
Top

Yeah, I saw your post here about it. I did my own research though and a couple of other people were saying the same thing over at the acoustic guitar forum, so you're by no means the only one. I'm glad I saw it though because it convinced me to buy new, rather than used and apparently martin will cover neck resets during the instrument's life if you're the original owner.

I don't want to try and derail the thread, but... 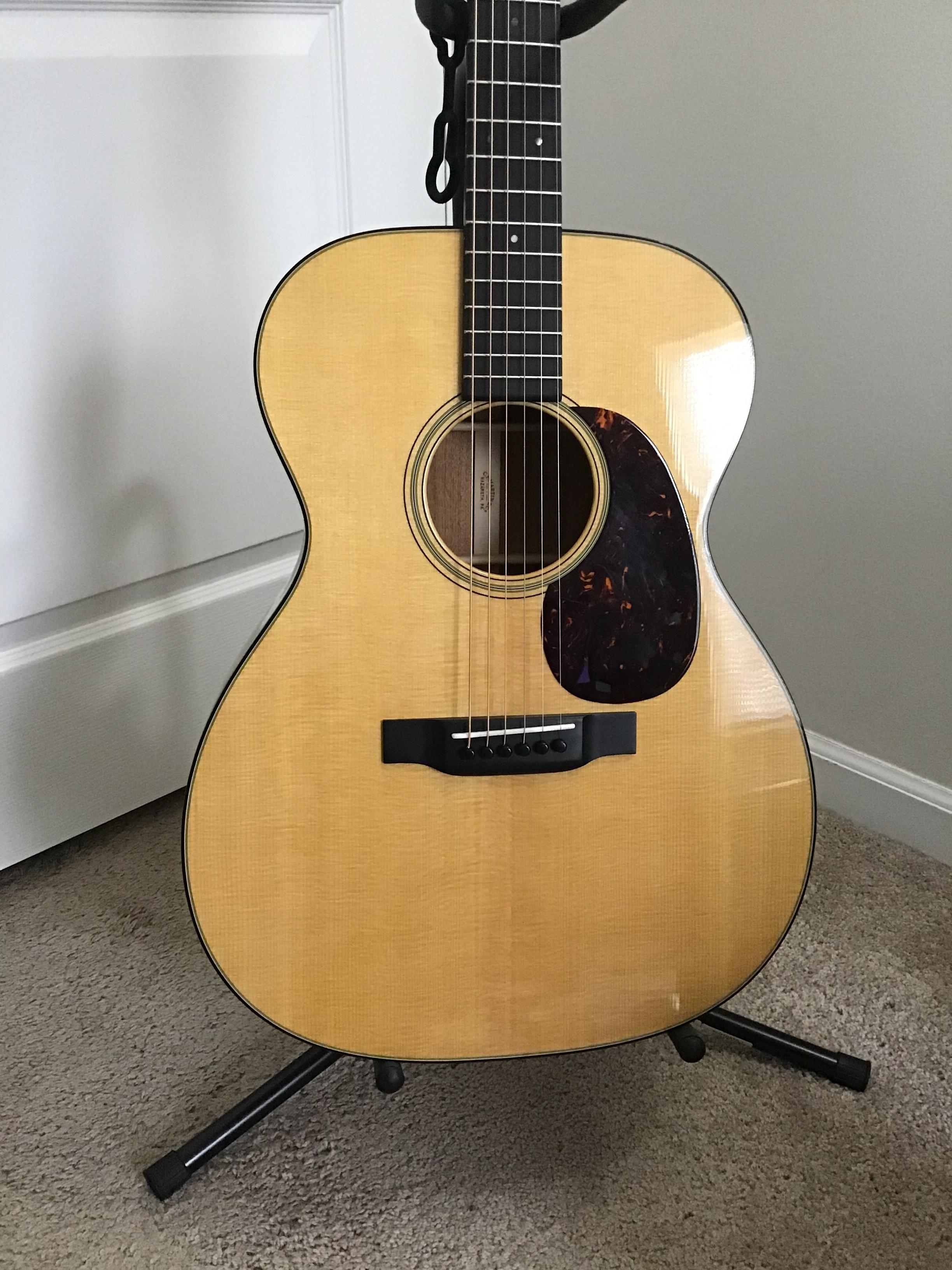 It actually has pretty amazing action for an acoustic. Especially surprising because even the martin fanatics admit that martin doesn't exactly set them up with low action at the factory. Fuck this truss rod system, though.

We need pics of the ceo when you open it. They're so much prettier than your typical martin.
Last edited by DesmondWafers on Mon Mar 04, 2019 12:38 pm, edited 1 time in total.
Top