We're in the process of making some stickers. Show us yours.

It was harder to find photos of them on my computer than I imagined - but here they are! 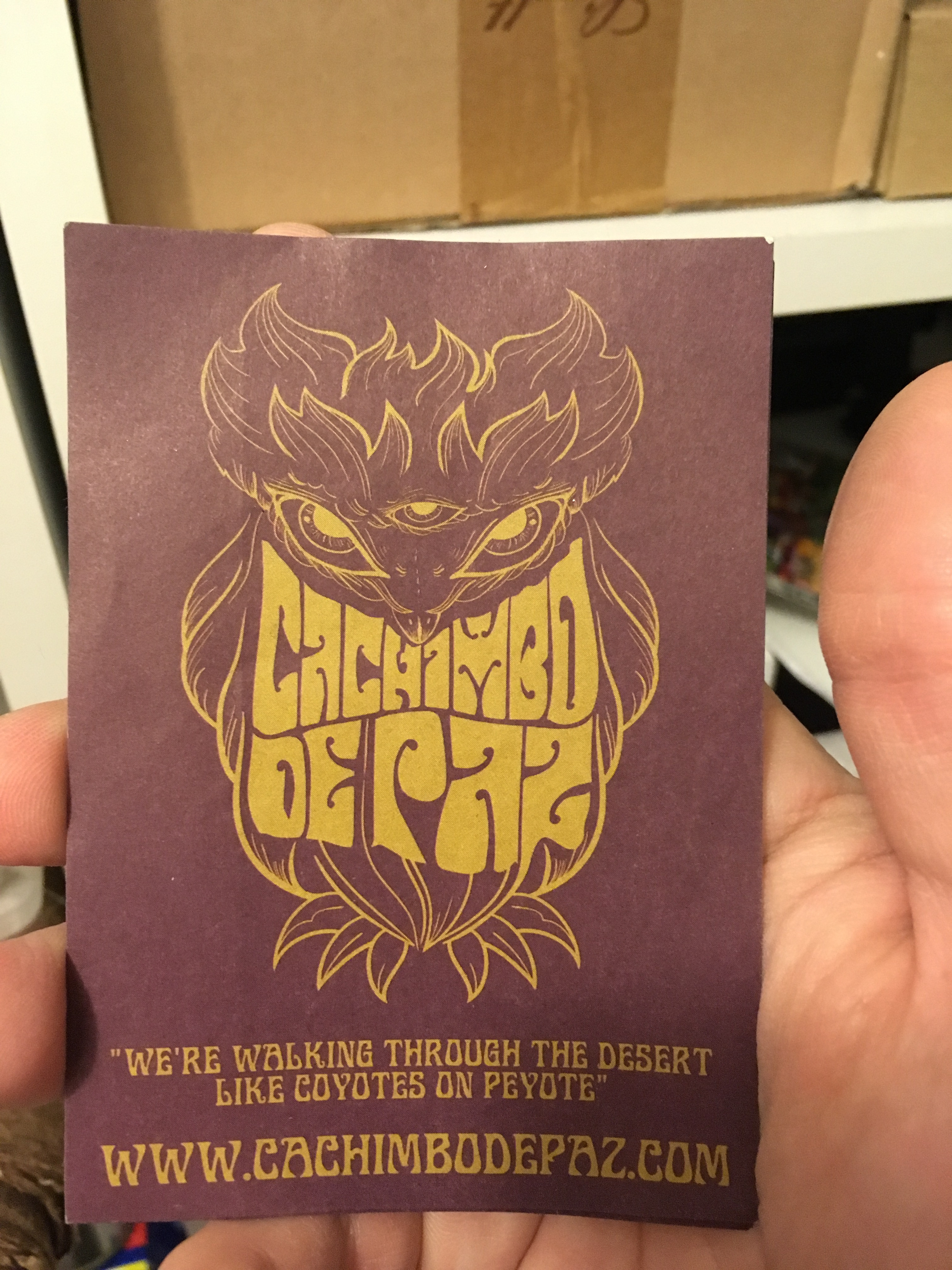 8 years ago - matte print - cool feel and look - but not suitable for anything outdoor. 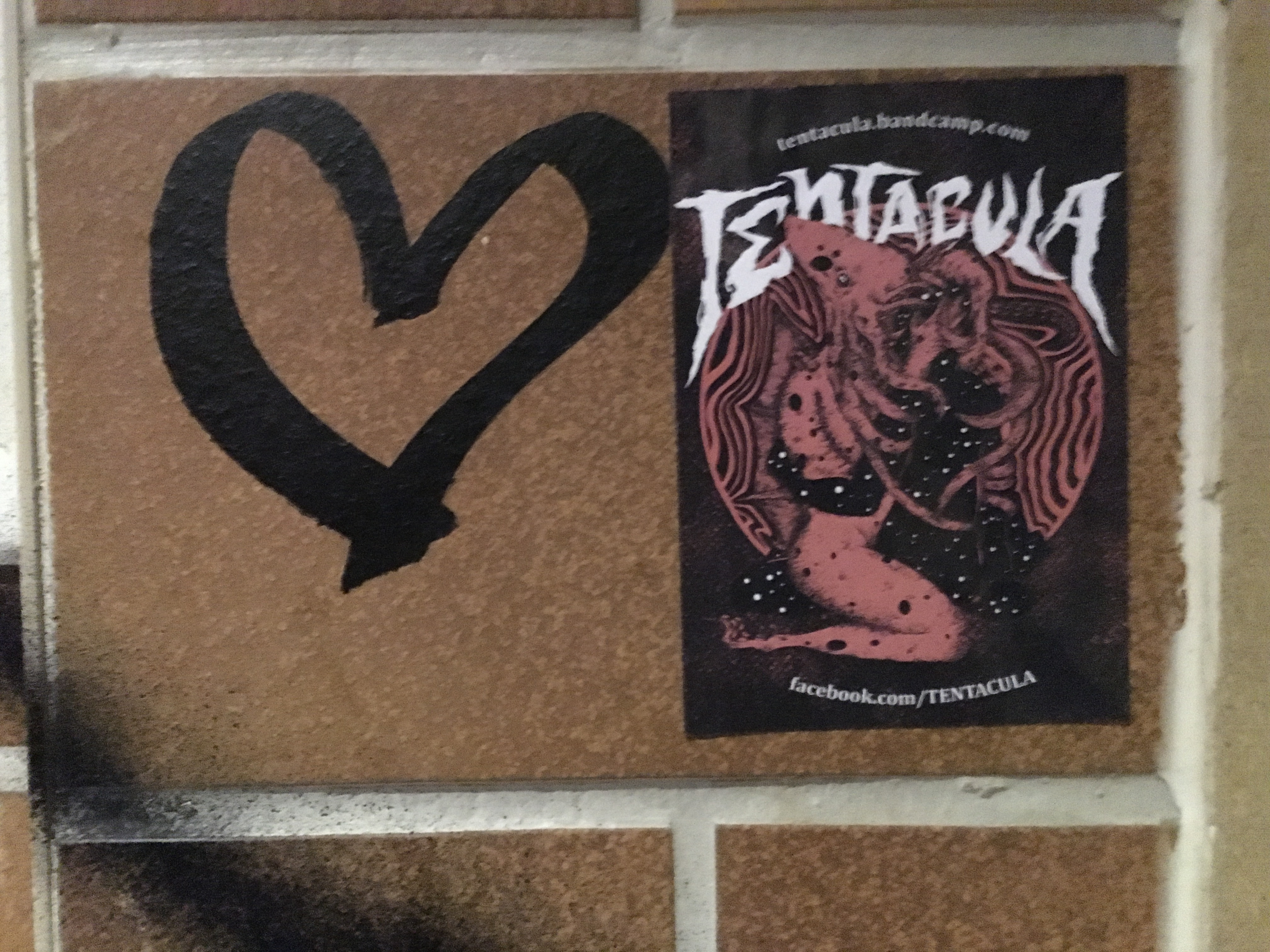 my current band - Tentacula - based on the poster artwork that was made for our very first show - supporting Ouzo Bazooka back in 2018. 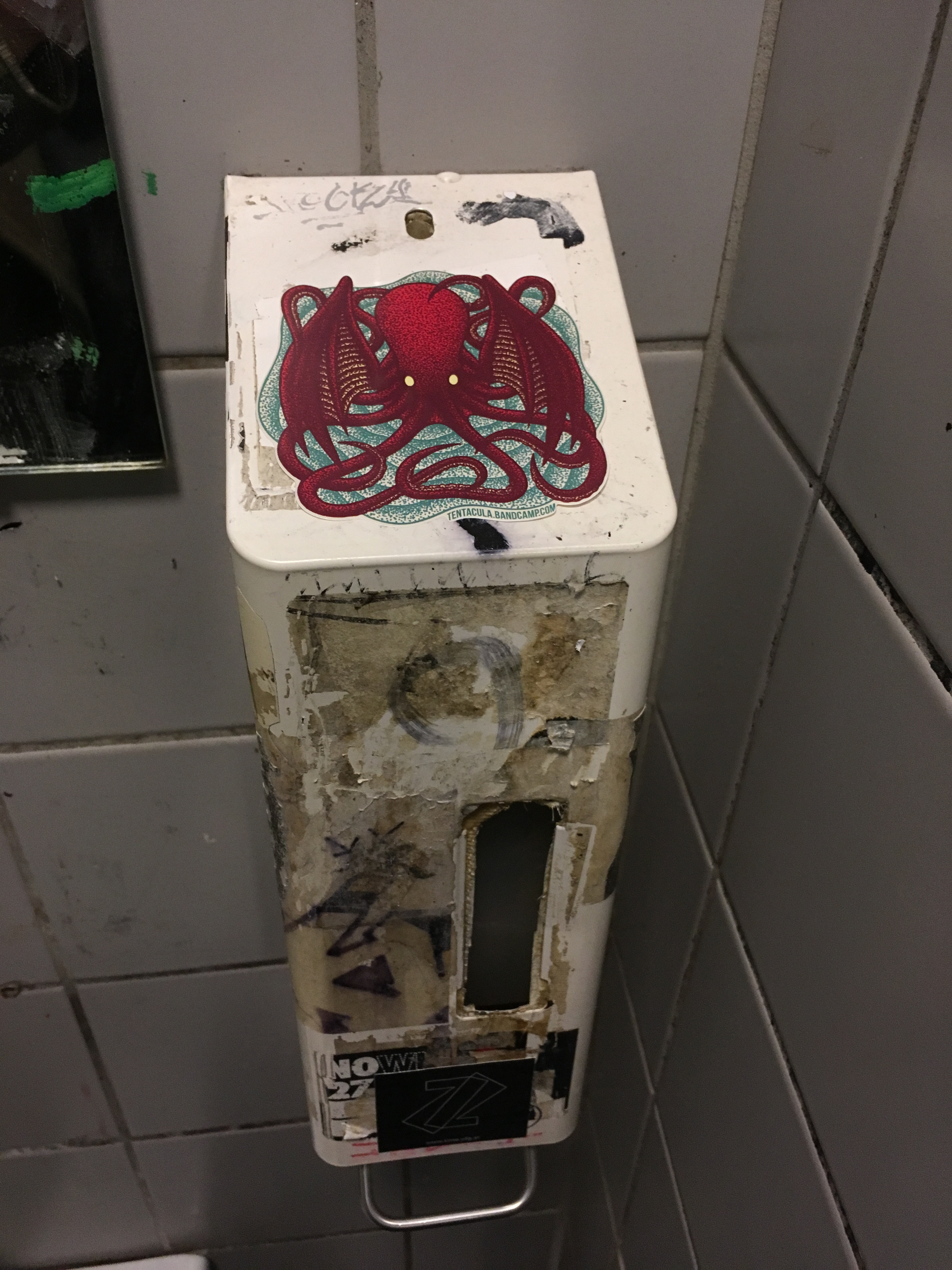 also from my current band with the artwork. of the debut-album "Tentaculove". Super thin and very special - was also a bit more expensive but so worth it!
PS: that's on the toilet of one of my favorite venues in my hometown - there was a sticker on there for years that said "Revo*lotion - achso, na gut" / meaning "Revo*lotion - well, alright" which I always found quite fitting given the location and its political stance... but they took off all the stickers so I had to secure that spot...

My guidelines that I developed over the years (and some things I really had to learn the hard way:
- if you have rectangle or circle shaped stickers - make sure you pay those few cents more for the sliced back paper - makes it so much easier to pull them off.
- Most backstage-fridges are already pretty full - making something a bit smaller, so that you can still be on it - or make something really outstanding like those glitter specials your panini-collection was about! :-P
- your sticker should fit a wallet - both to transport it and to make an appearance on them.
- transparent stickers only look decent on windows or with a back light... so are not really worth it as a band sticker.
- a sticker is like a business card, but cooler. so make something out of it! If it's cool - people are asking for them at shows - and might really draw some attention at a restroom, on a traffic sign, a chewing gum machine, a flight case, PA monitor or wherever you put them!
Top
Post Reply
2 posts • Page 1 of 1