I posted this guitar on the sale section, and I realized I never did a NGD on this beauty. I think its story deserves a post (and lots of pictures) here, at least! 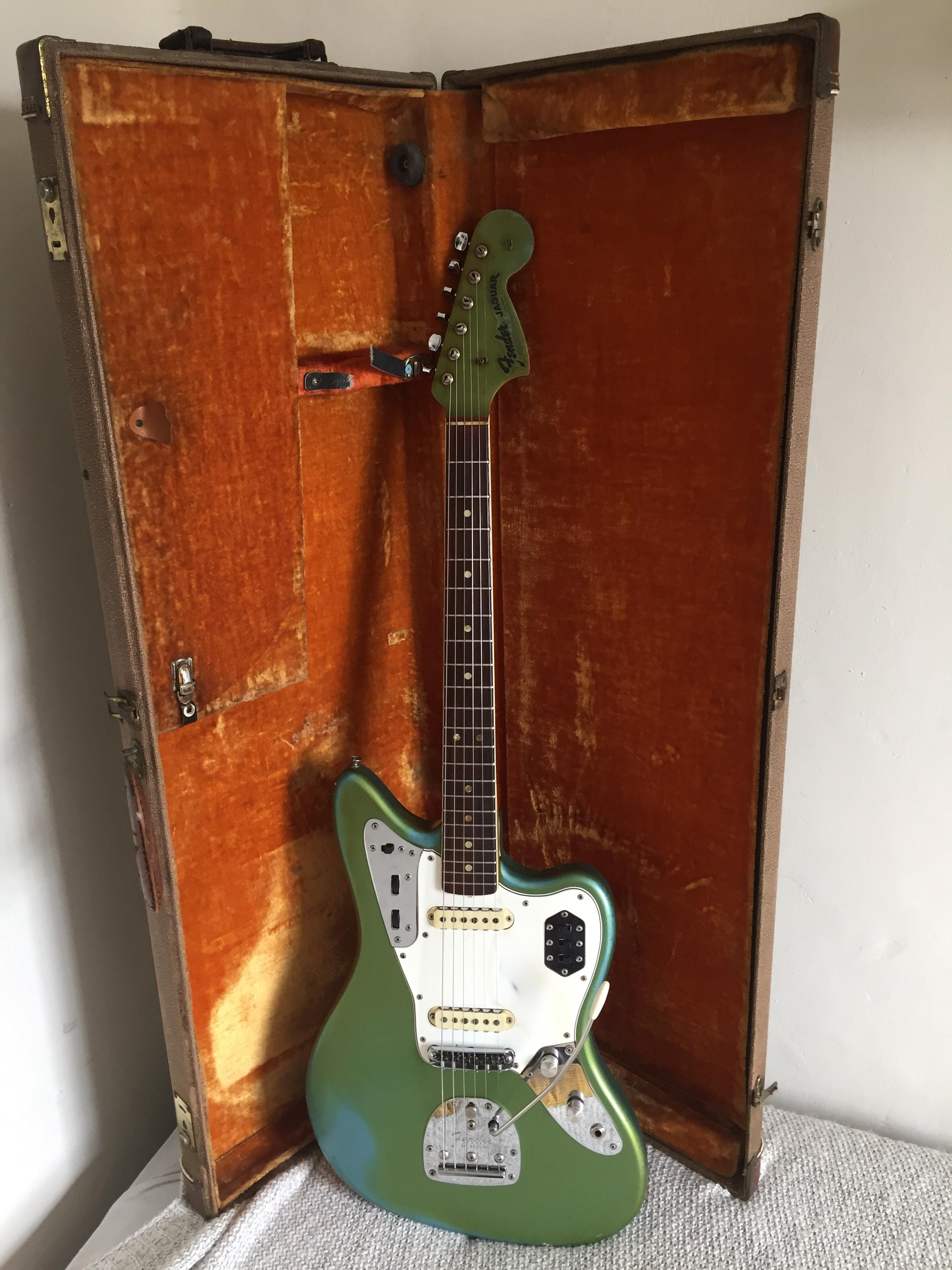 I acquired this 1966 Fender Jaguar through the estate of Maximino Arteaga, a mexican session guitarist that apparently played with everyone in Mexico back in the 70's. The story goes that Maximino bought this guitar on tour with José José's orchestra sometime in 1984 in Los Angeles. According to his son, this was his favorite guitar, he called her his "wah-wah" guitar, after the trem apparently

. I been looking for footage of Maximino and the guitar everywhere with no luck (I do remember a Jose Jose live video with this guitar on it, someday I´ll find it). But you can watch Maximino (around the 3:30 mark) rocking a black 355 in Acapulco around the same years he got this jag. Good taste.

I cleaned up this baby (it was really, really dirty!) and gave it a minor set up and that's it. The rest is just mojo. I originally thought this was Lake pLacid Blue, but I was corrected over here. It actually is Ice Blue Metallic! 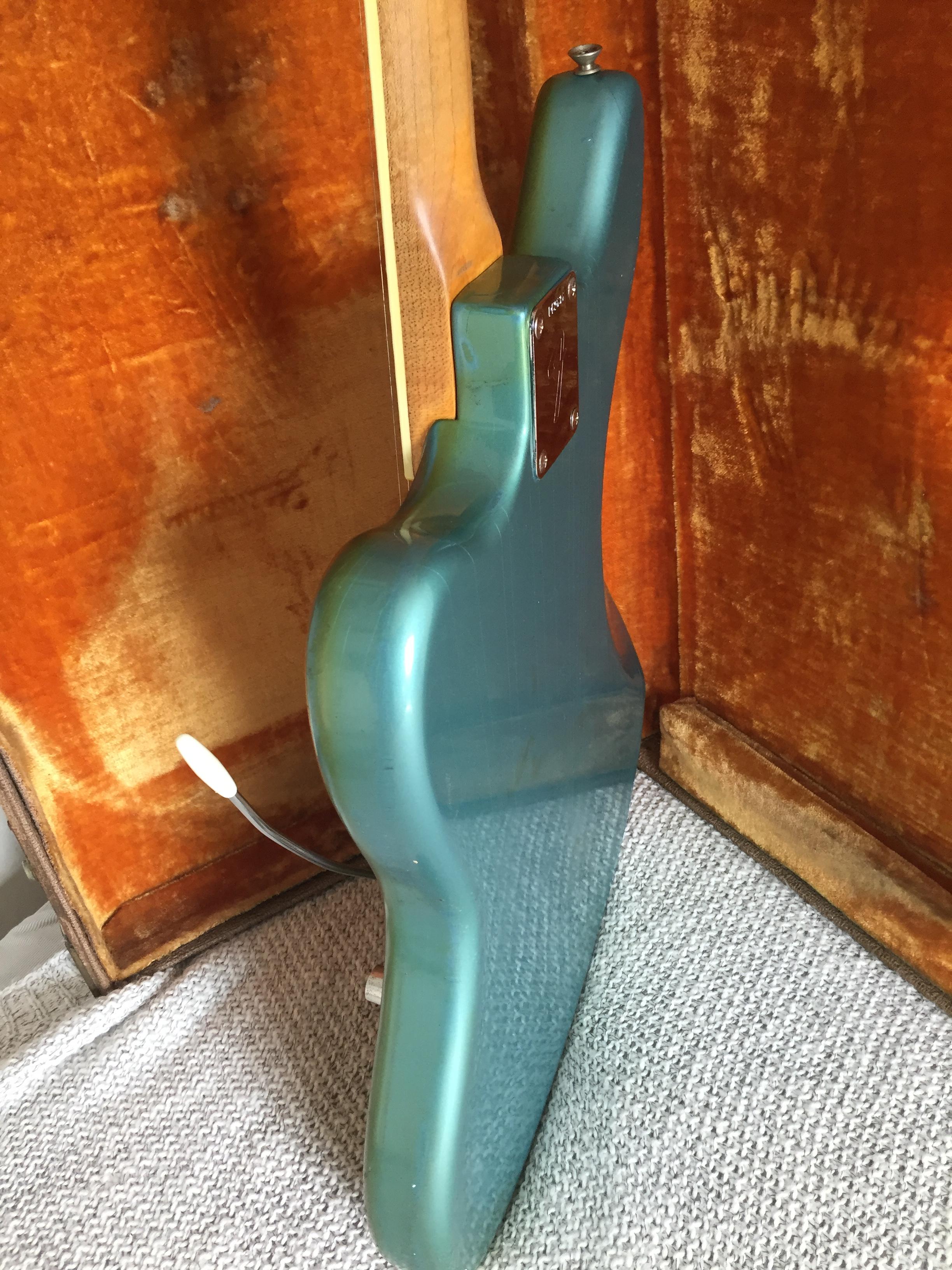 Apparently it had a Parker Bodyguard installed for most of it's life, because the patina is only on the front and in the matching headstock, the paint in the back looks pretty much new

It came with all original parts except for the brutalist (sexy) radio volume and tone knobs. I set it up with some 10's and the original bridge and have no intonation or slippy string problems. This machine has been well played but loved, it has an amazing sound and touch, the neck has a very comfortable C shape. This is hands down the most comfortable Jaguar I've had. I did a short video on it. https://www.youtube.com/watch?v=9oADXhgpd-Y

It came with the original early 60's brown case, with beautiful orange interiors. The jag had the mute unit installed, but I disinstalled it when setting up the guitar. Enough with the talk, lets look at her 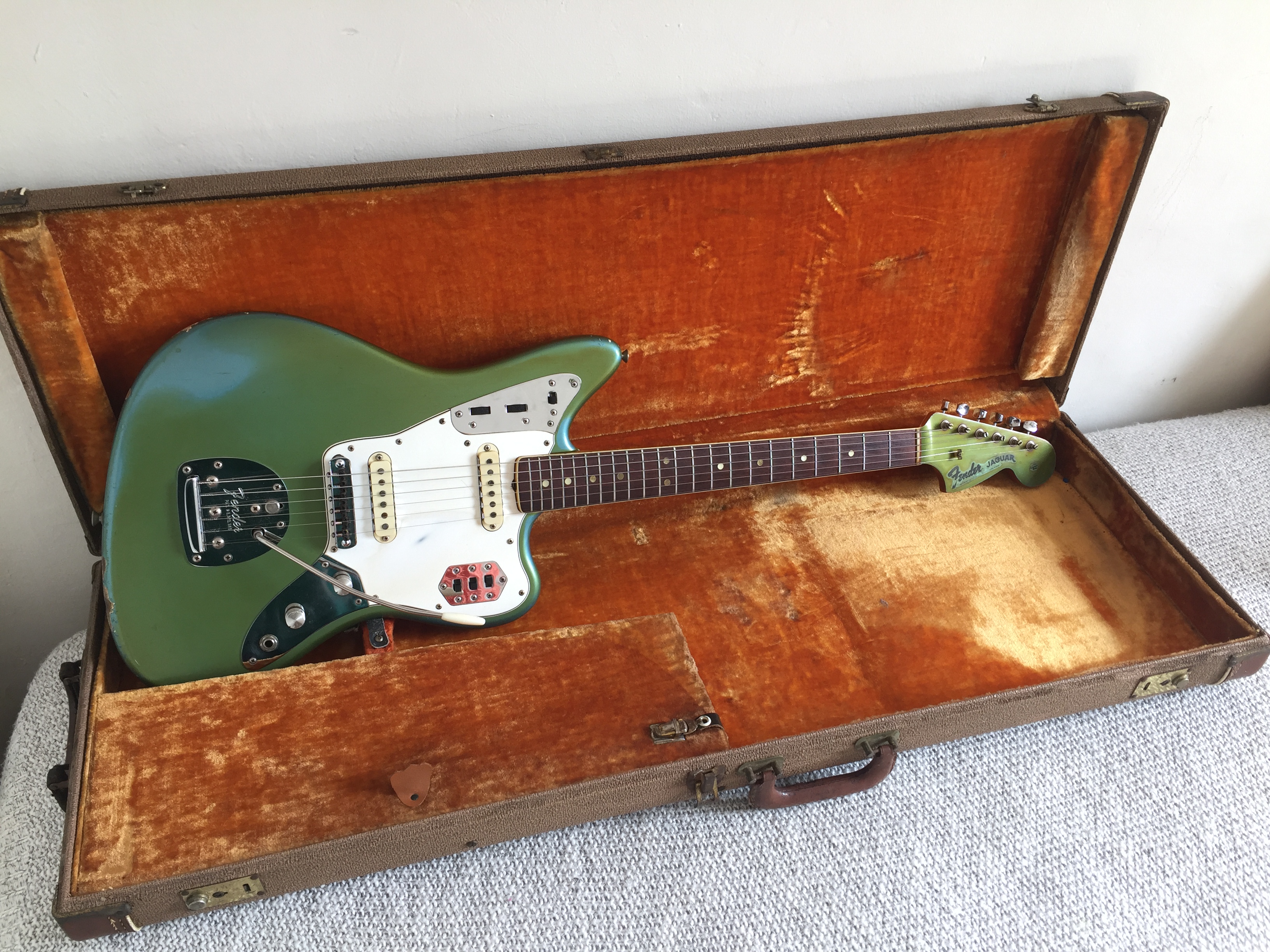 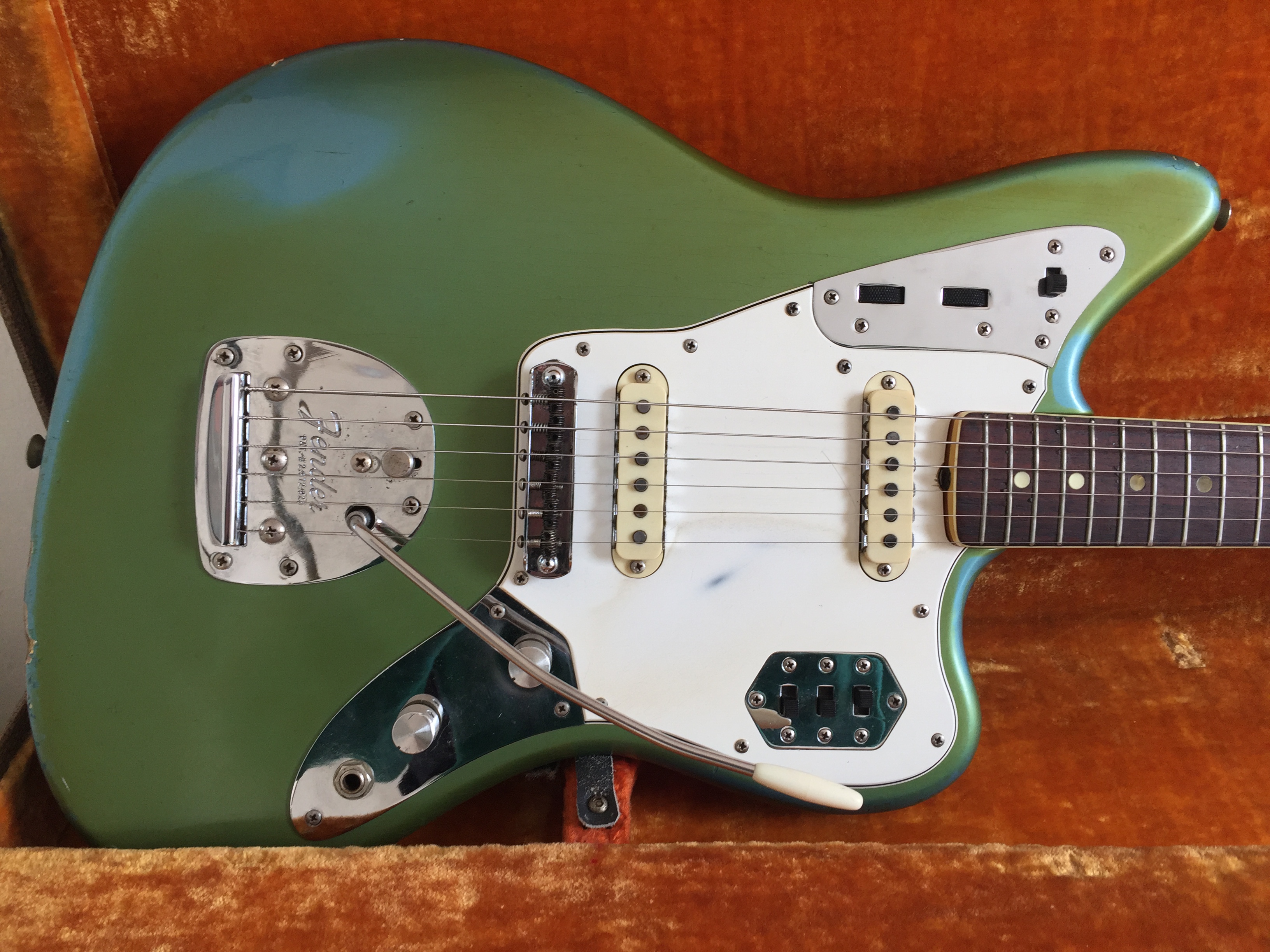 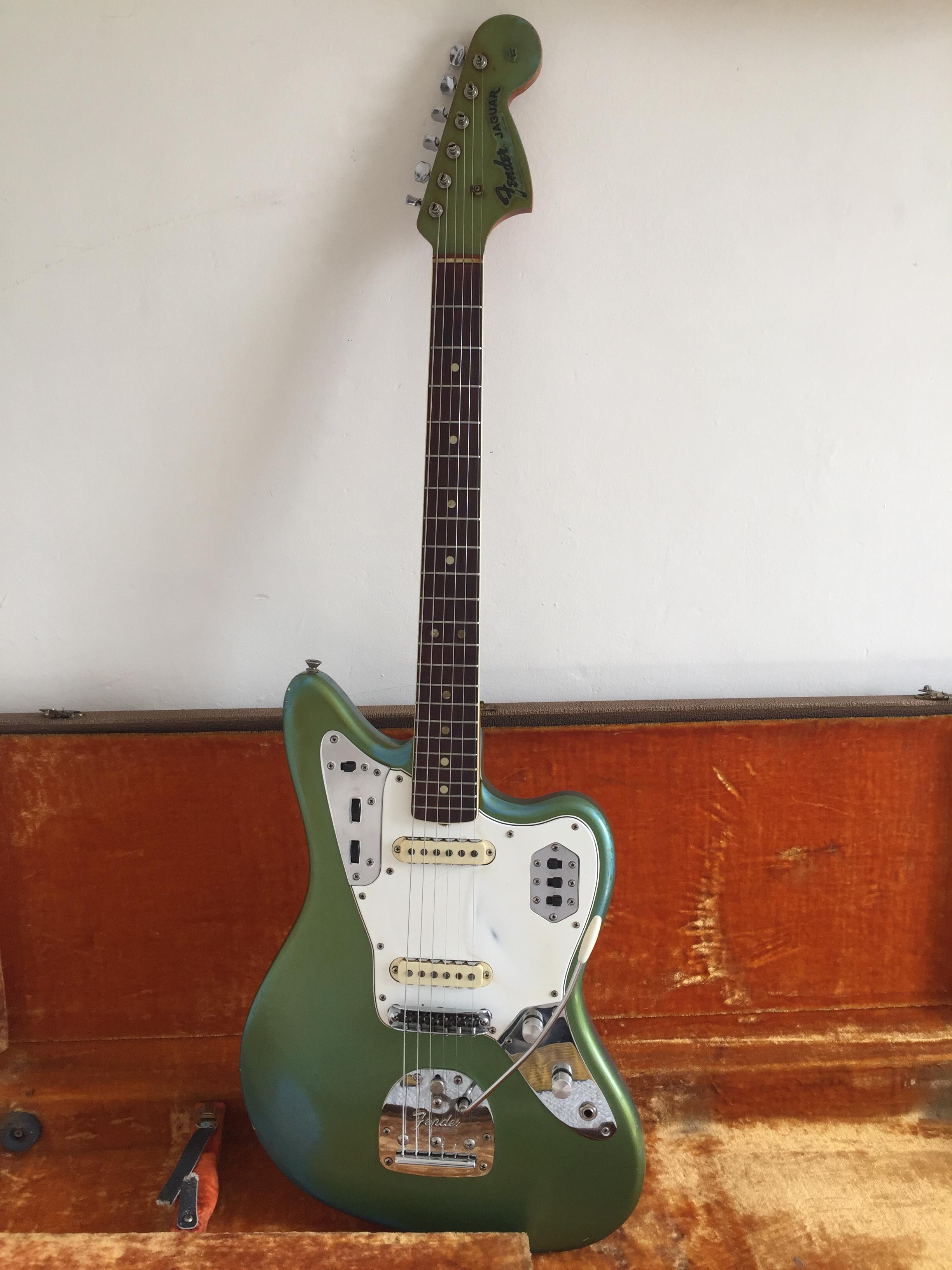 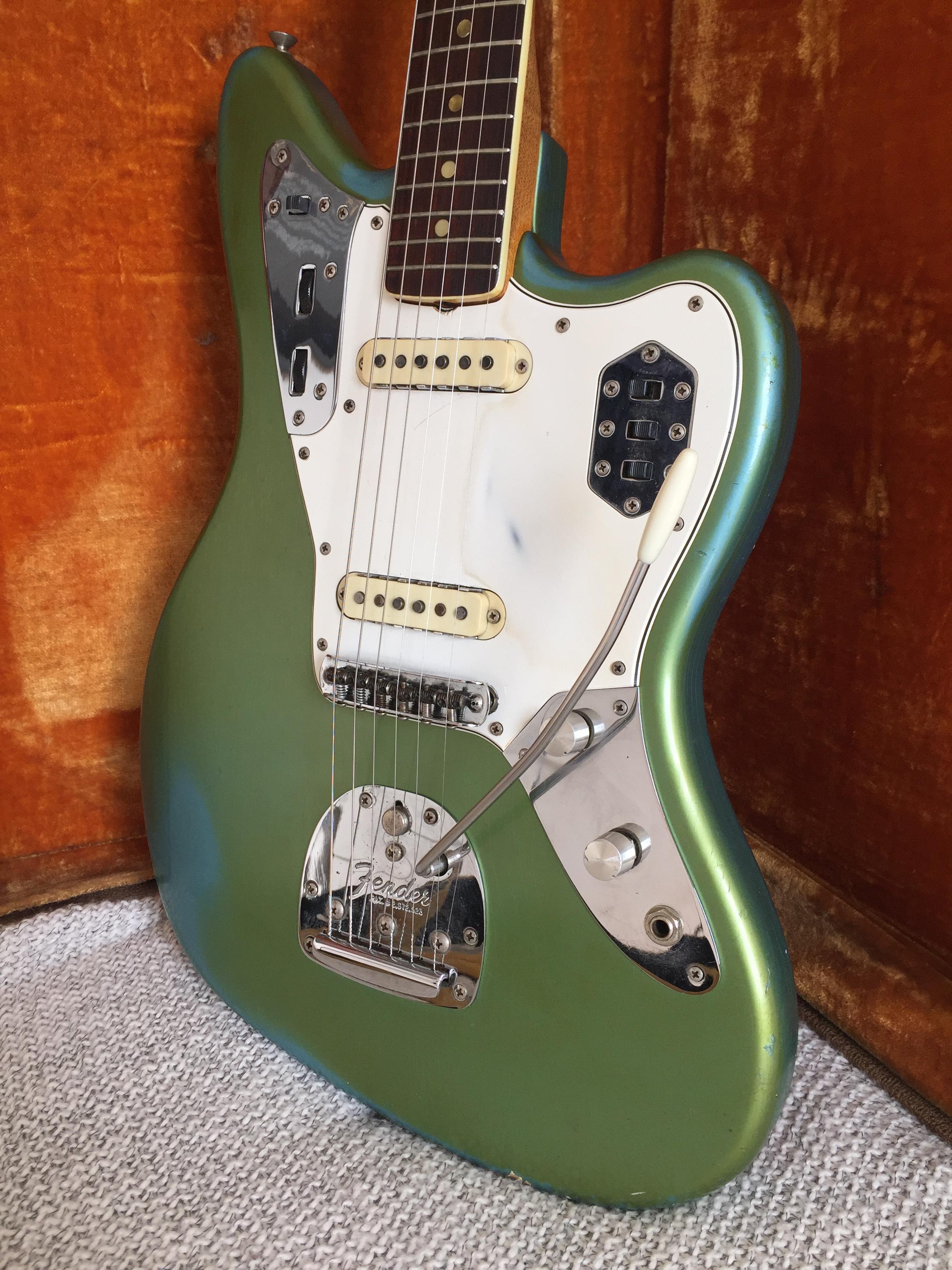 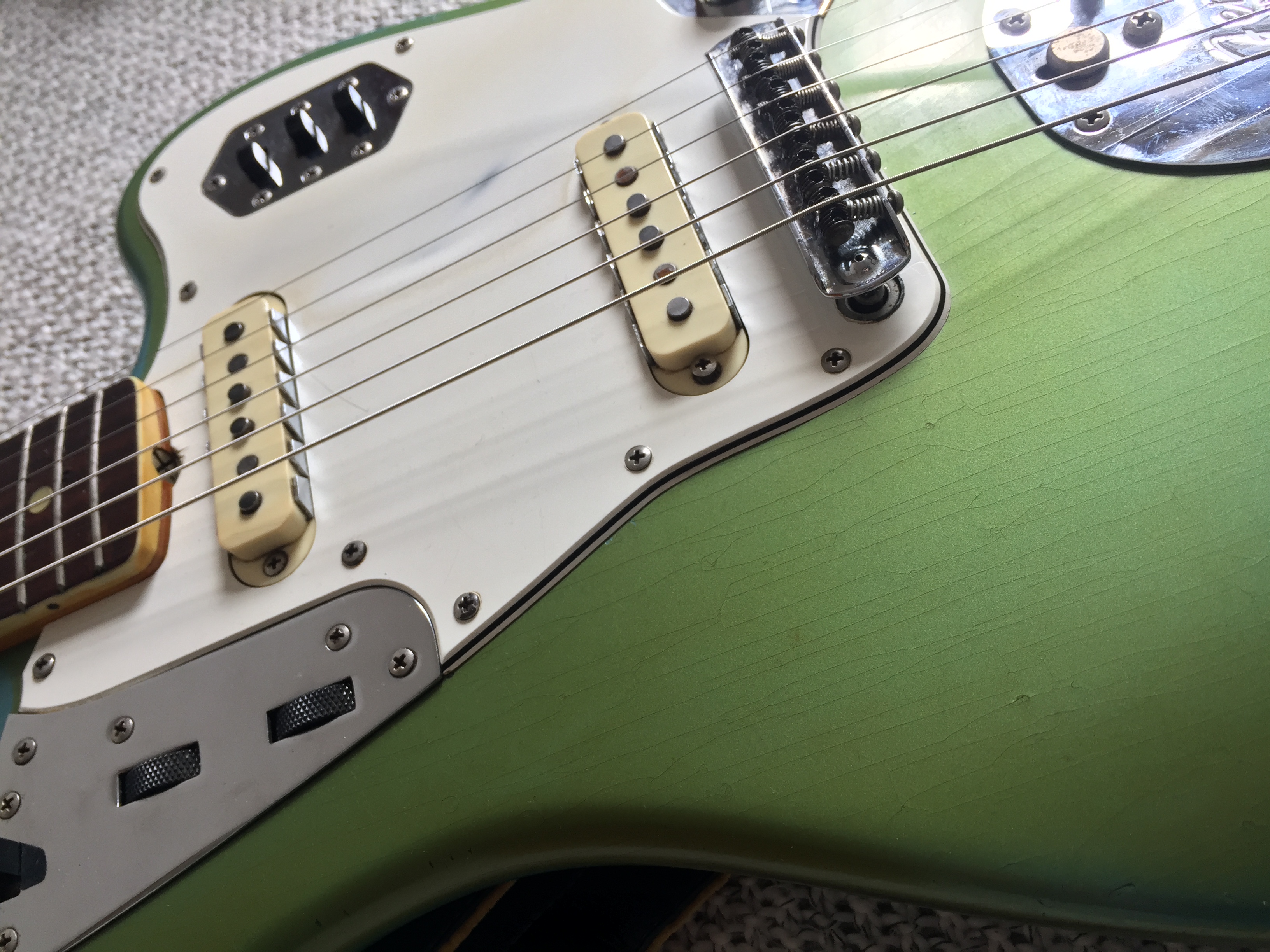 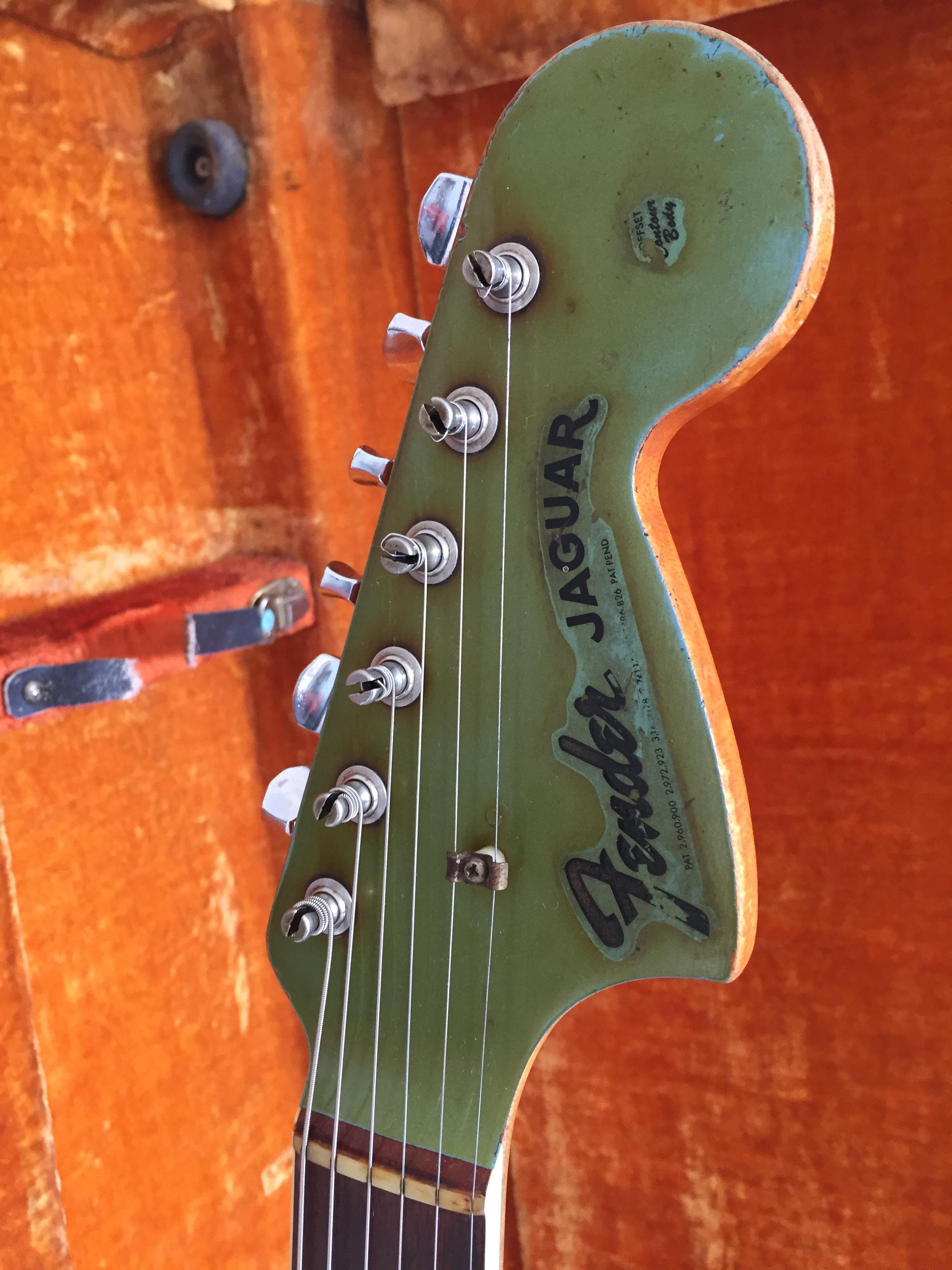 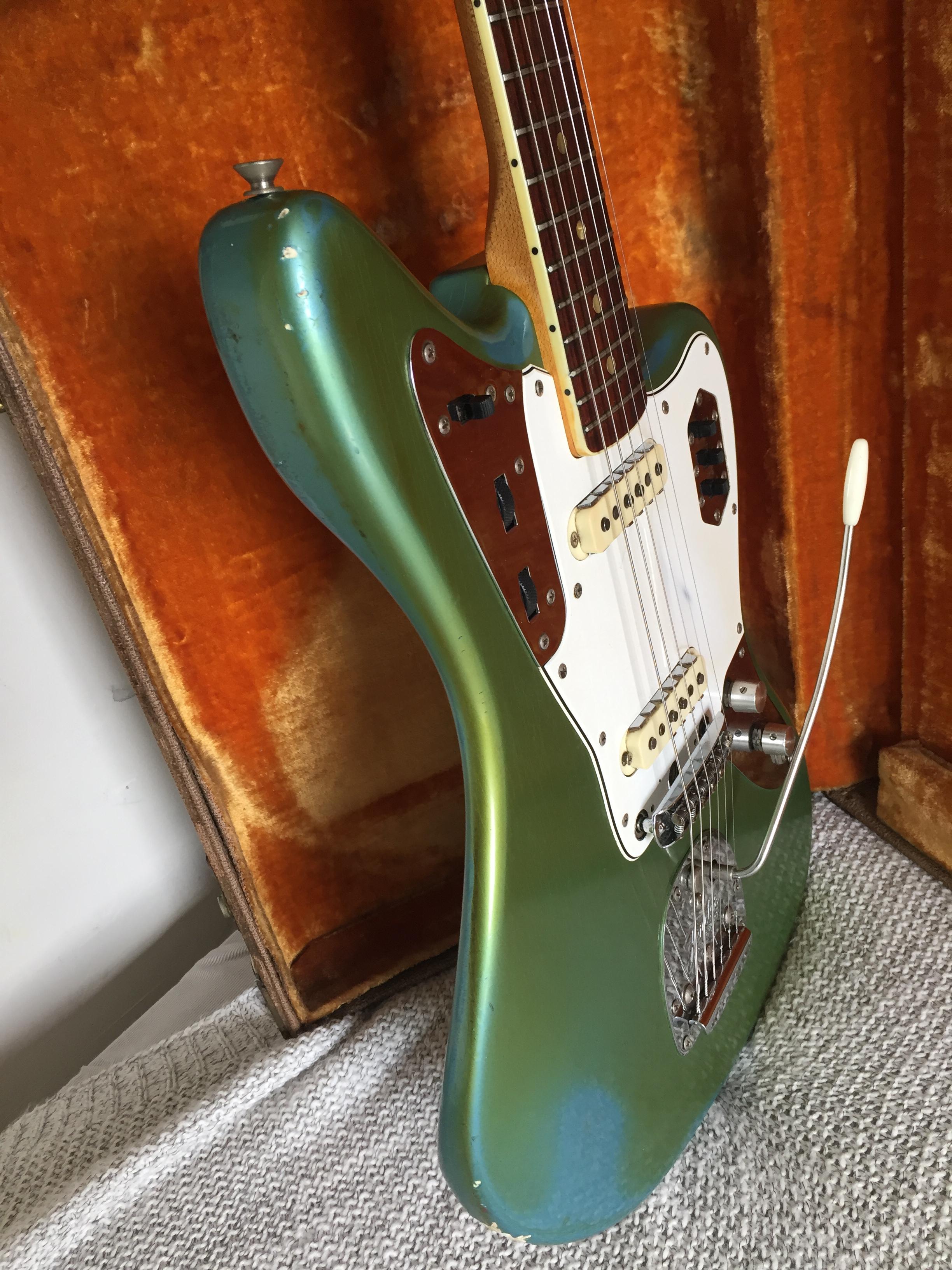 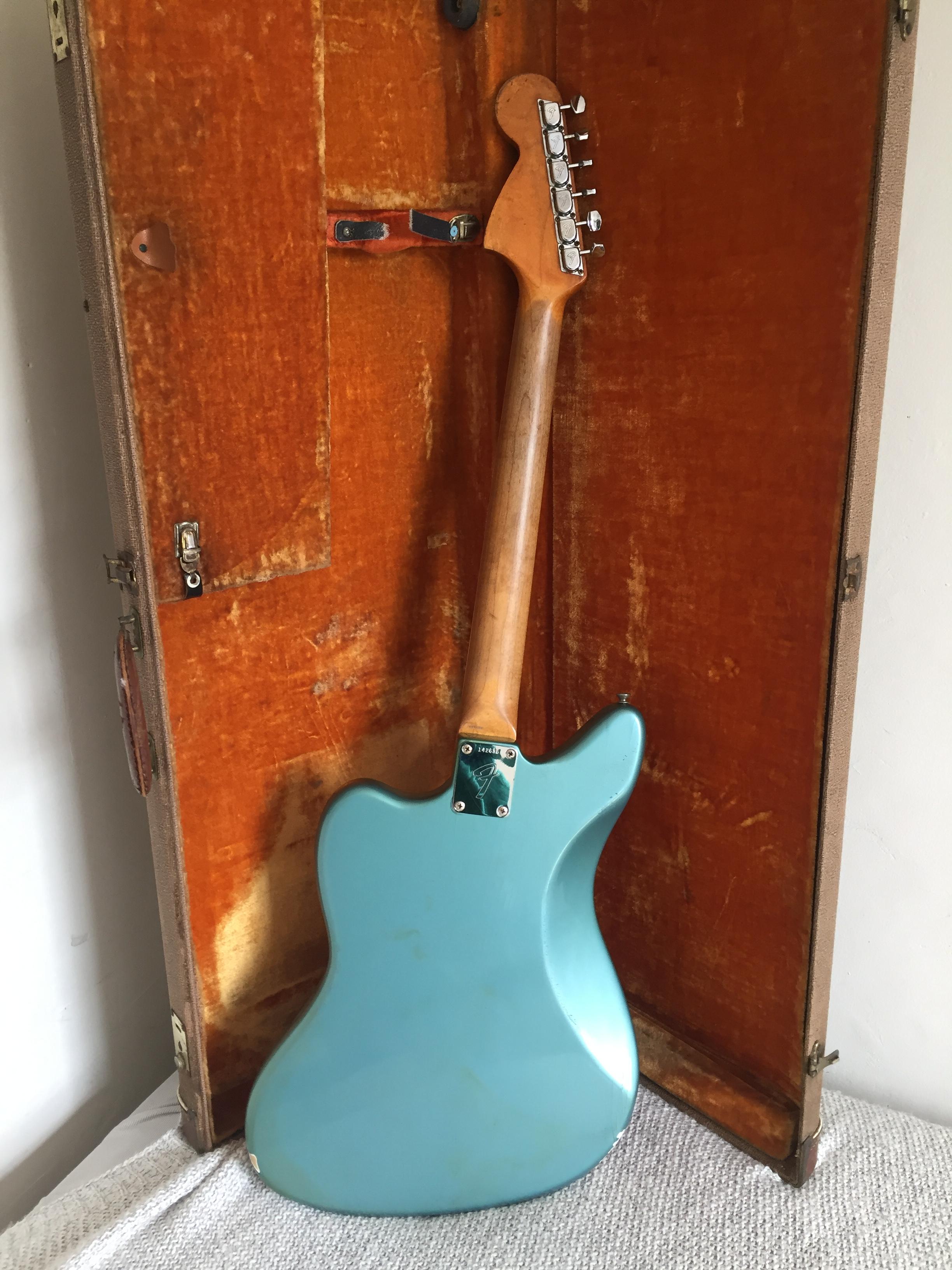 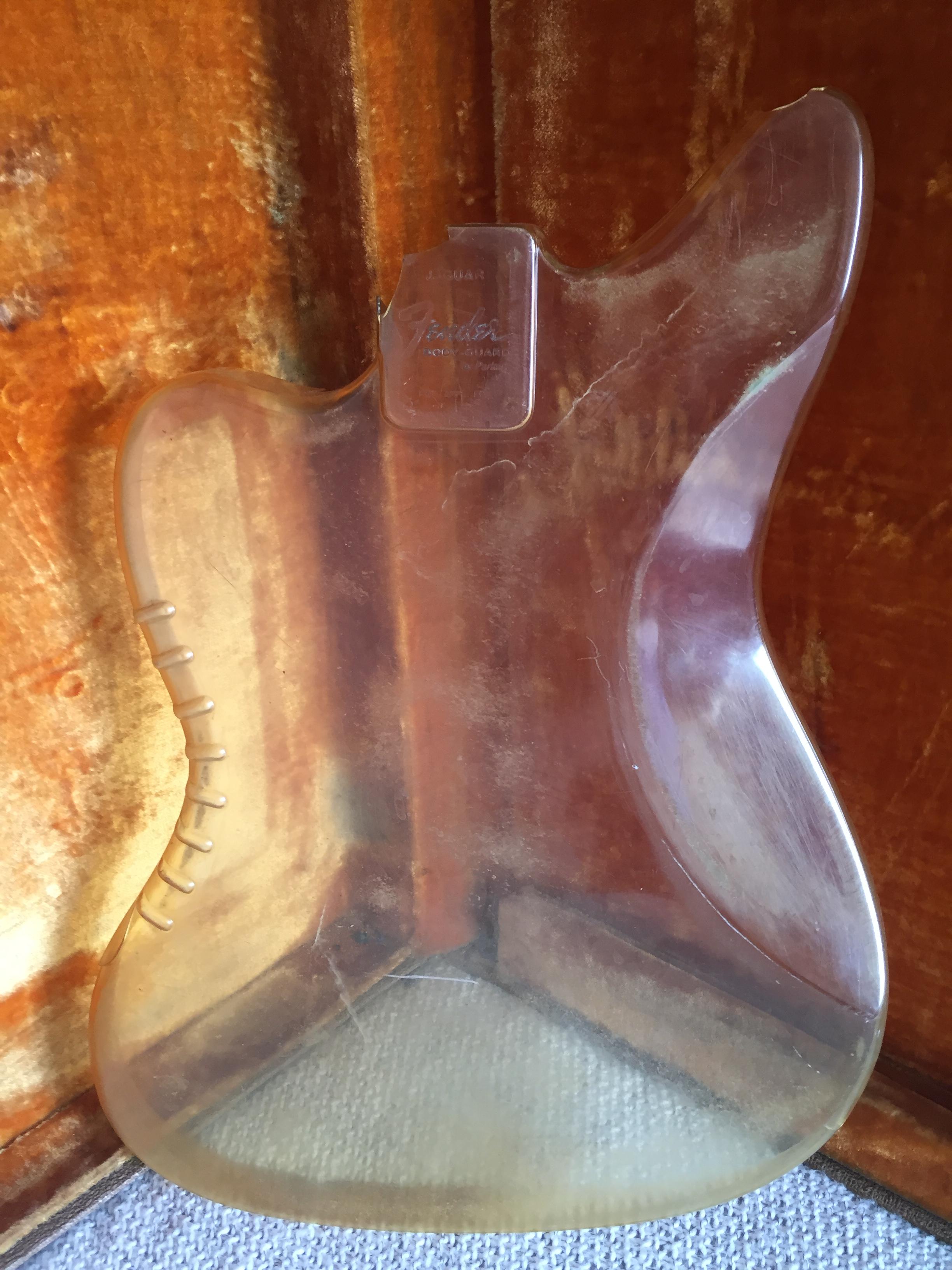 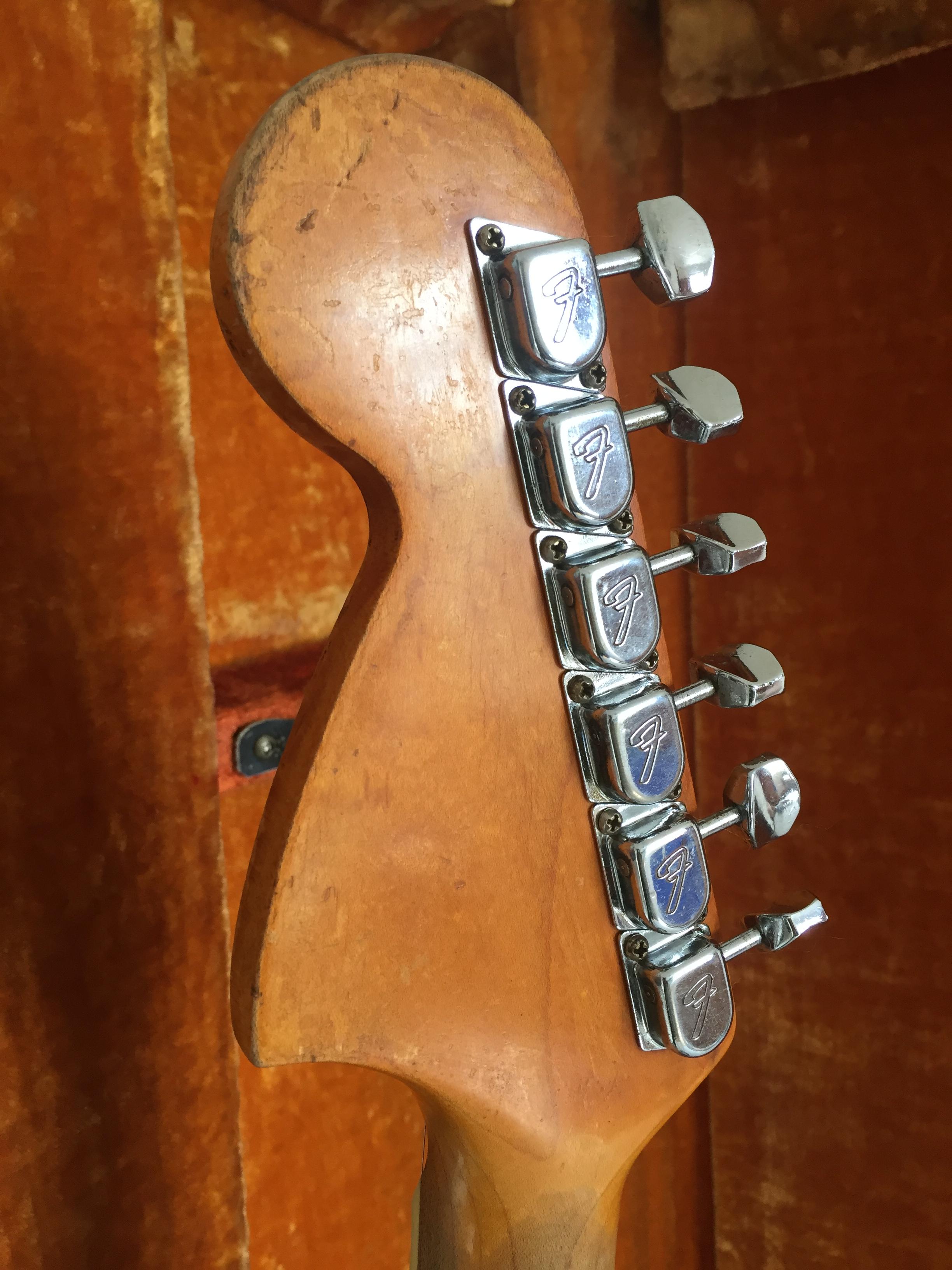 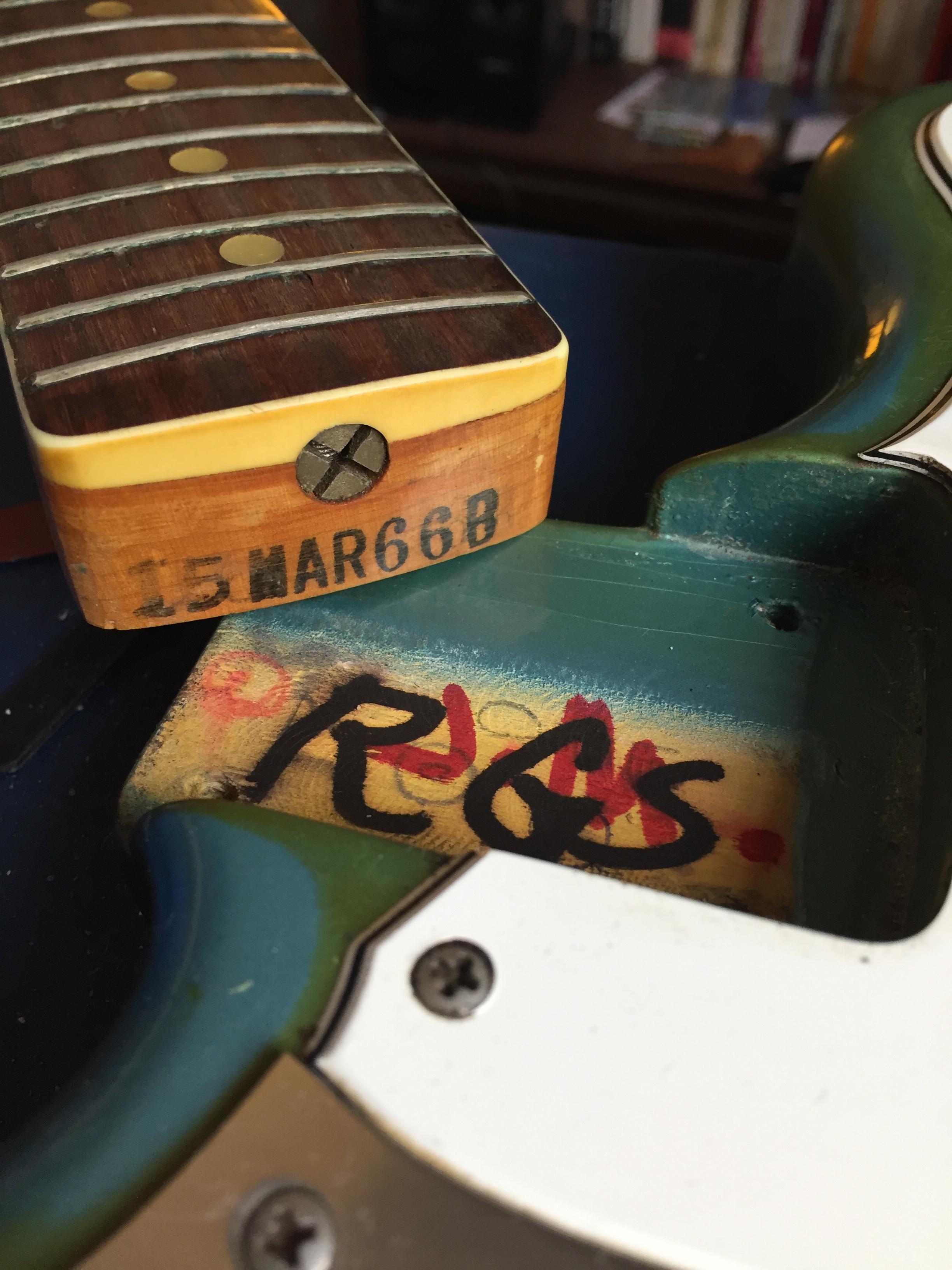 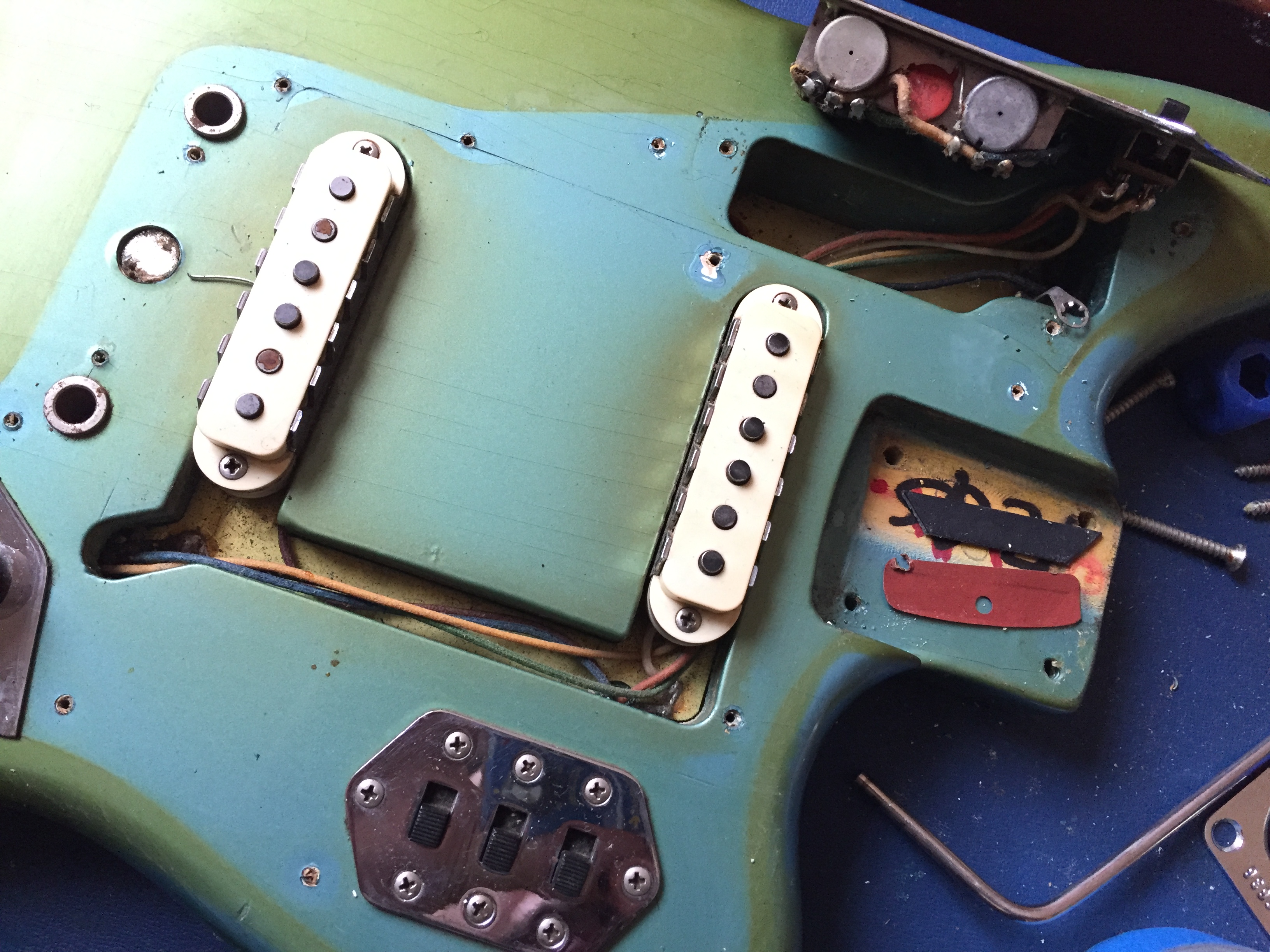 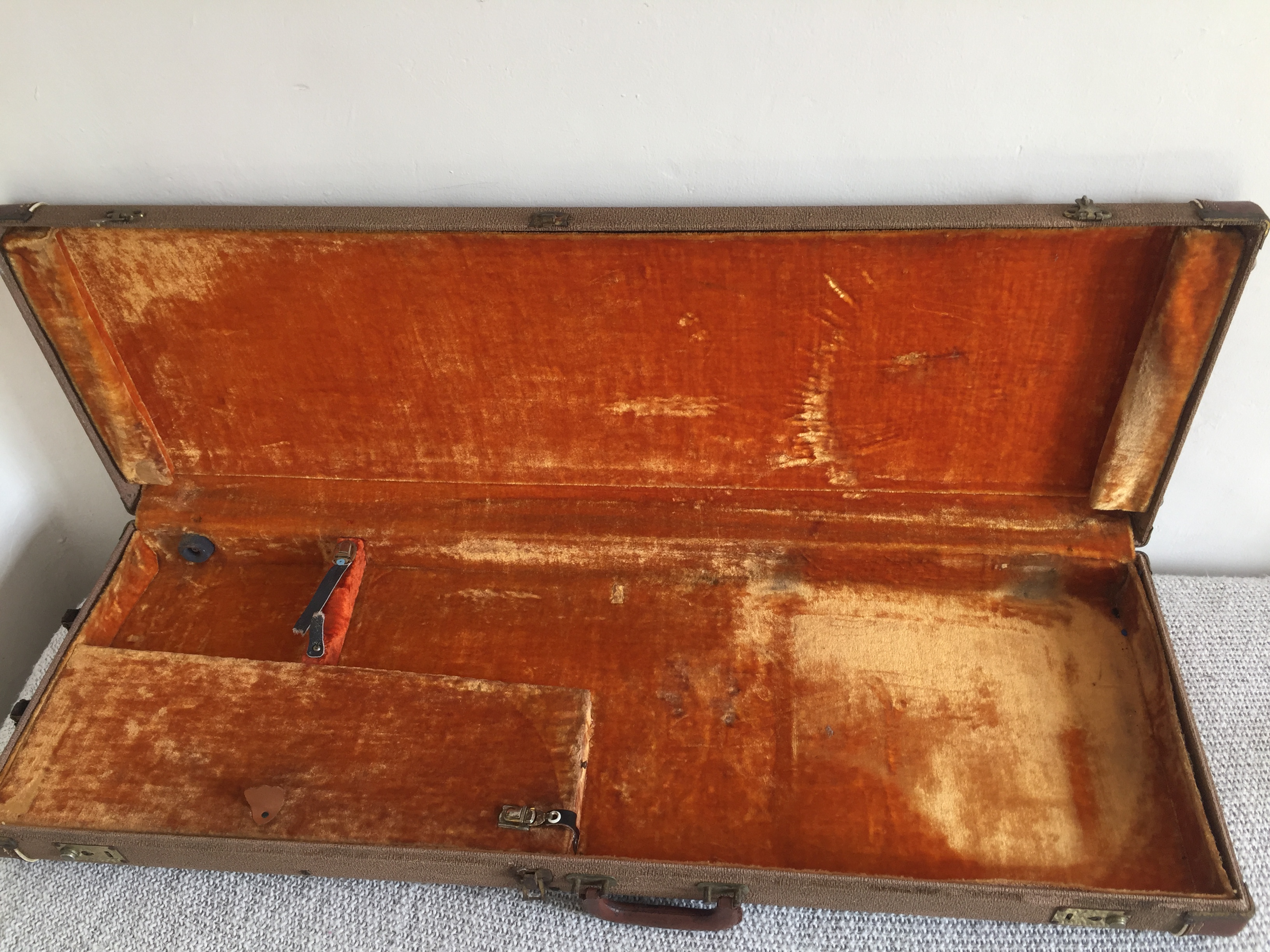 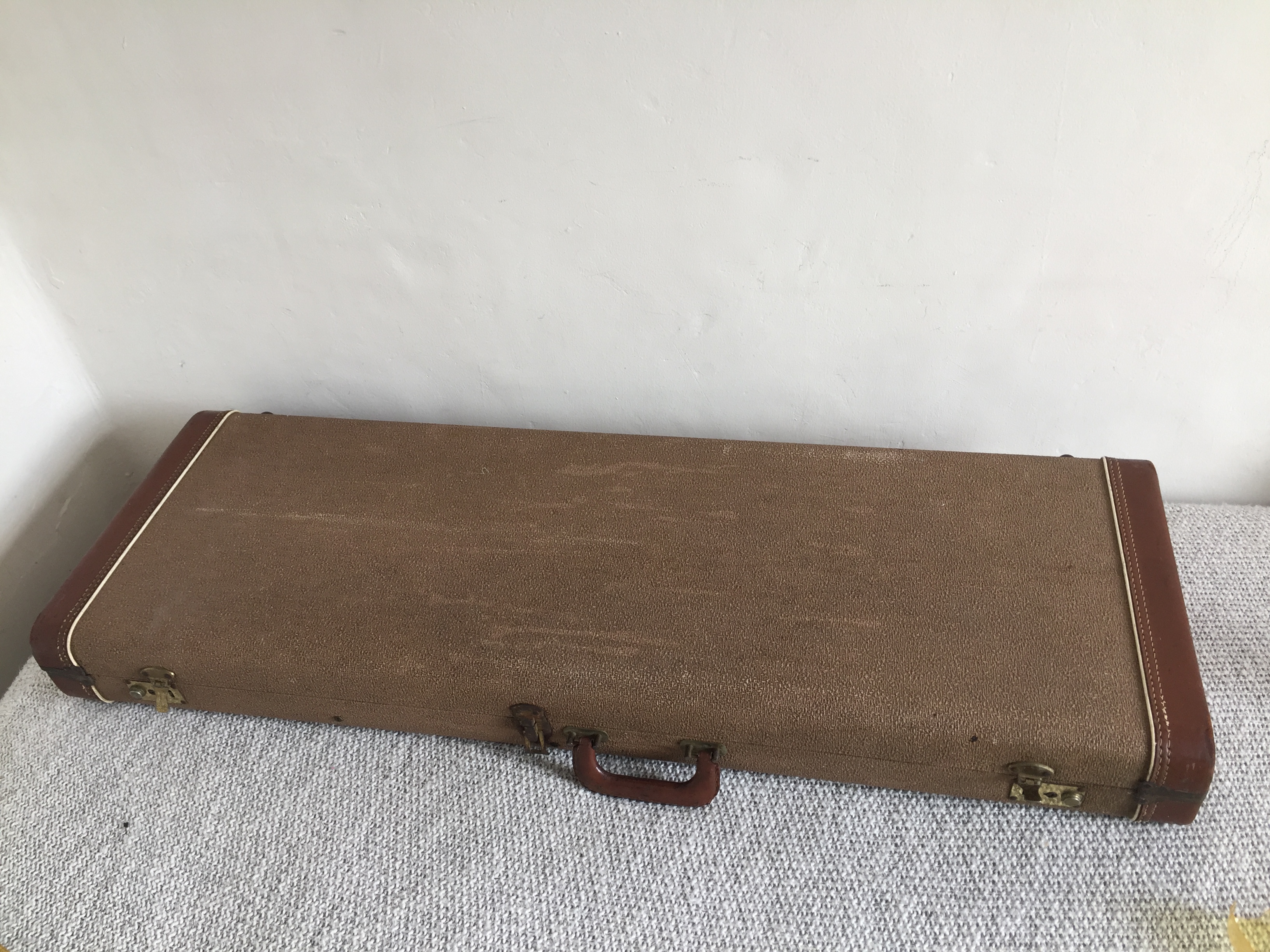 It sorta draws you near even just a picture of it.
Top

It's just ridiculous. I saw it in the For Sale section and had to have a lie down

Amazing find. It looks so good, even with the odd wear from the bodyguard.
The bodyguard is an interesting product, that would never sell today. Many players enjoy the wear and tear their guitars acquire.
"Can you please pass me a jug of winter light?" - Lee Ranaldo 2000
Det er mig der holder træerne sammen.
Top

What are the initials in the neck pocket?
Top


Anyone know, is these common or something added after manufacturing?
Top

I think that it is Lake Placid Blue. It is hard to tell sometimes, but the finish under the guard and in the neck pocket looks LPB.
Top

This one definitely went into my folder of rad finishes. That color is amazing.
Top

woaaahh. Love that shade green, but love the story more. I am a huge José José fan (gracias mamá)!
Top