Bringing your older offset back to life.
Post Reply
39 posts

I bought this 1964 vox spitfire for 220 euro's I couldn't stand seeing it unsold.

It is hardtailed, has a new pickguard a tune o matic and has been repainted (bad). But when I was emailing the seller he told me he still had the bigsby-ish trem and the knobs just not the bridge.
So now I'm determined to restore it as far as I can.

I think about repaint it or turn it natural like more of my vintage guitars. I also want one of those british round military signs on it like the ww2 spitfire plane (and the mods used) 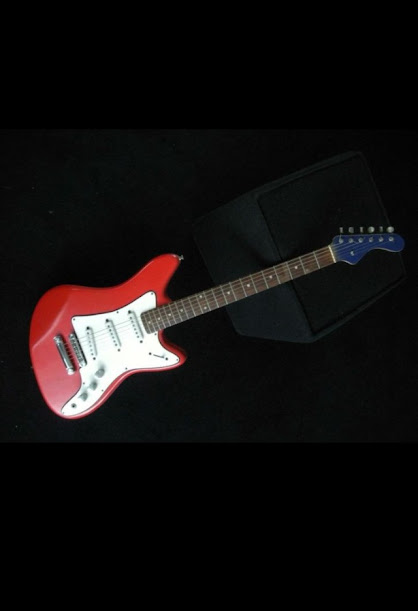 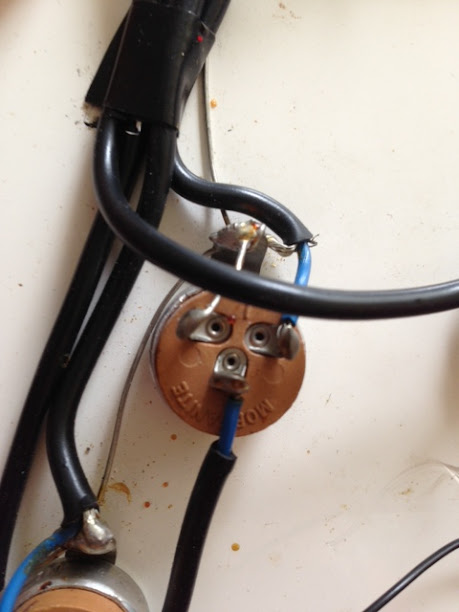 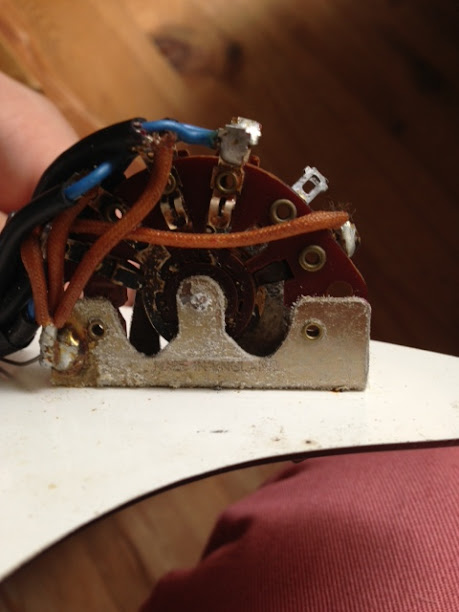 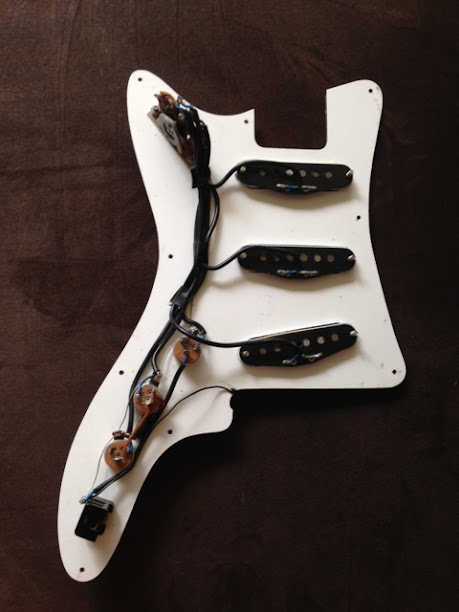 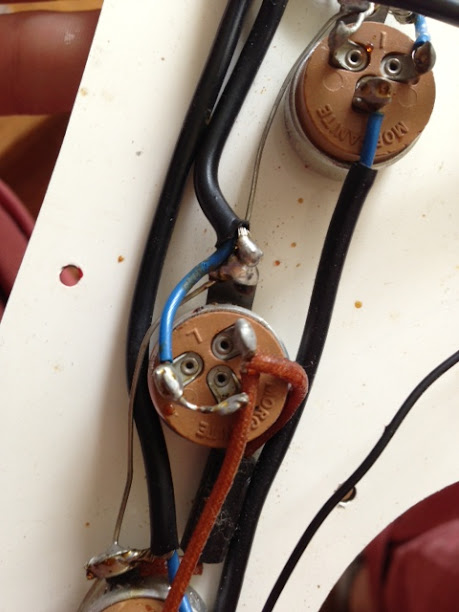 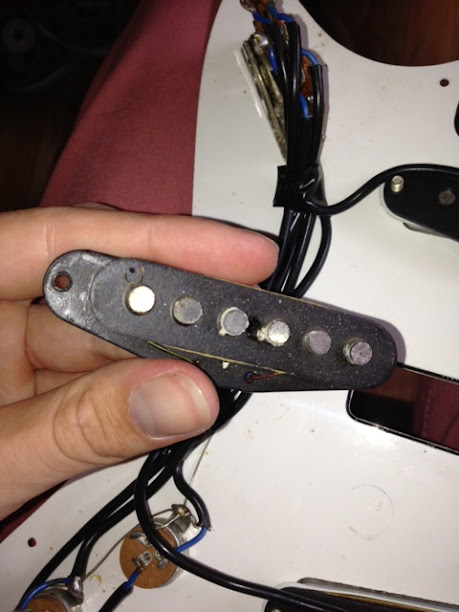 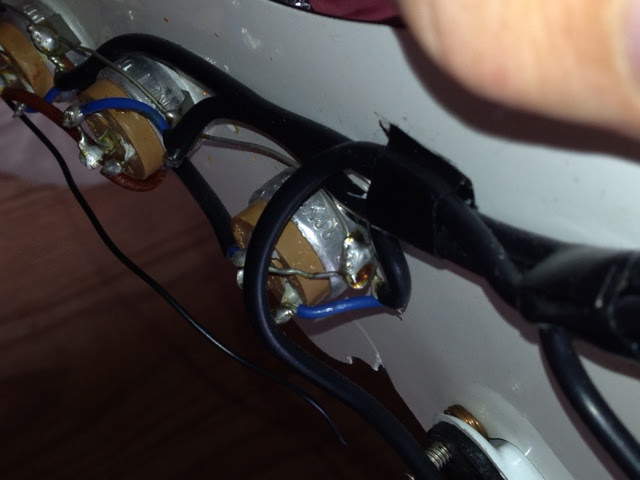 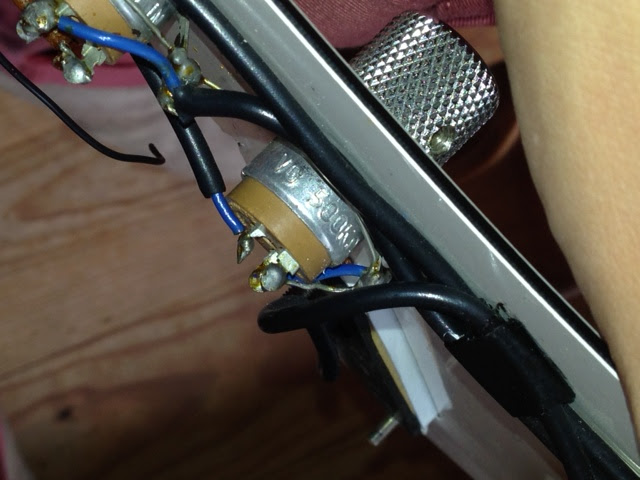 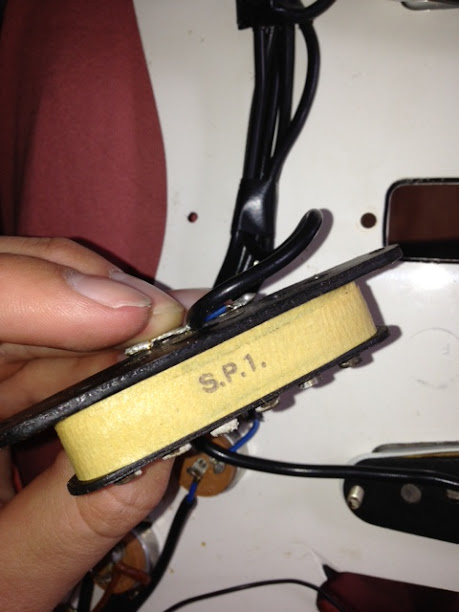 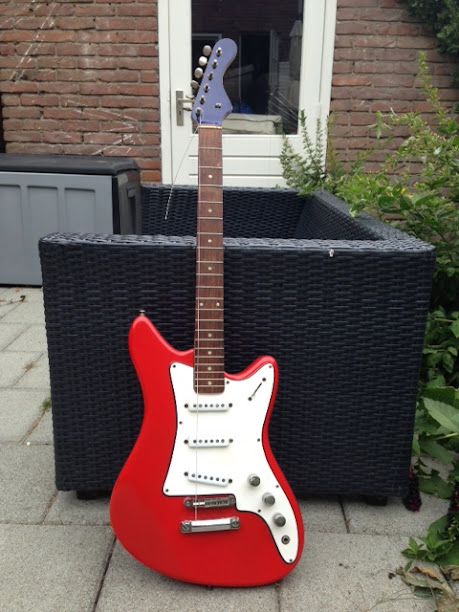 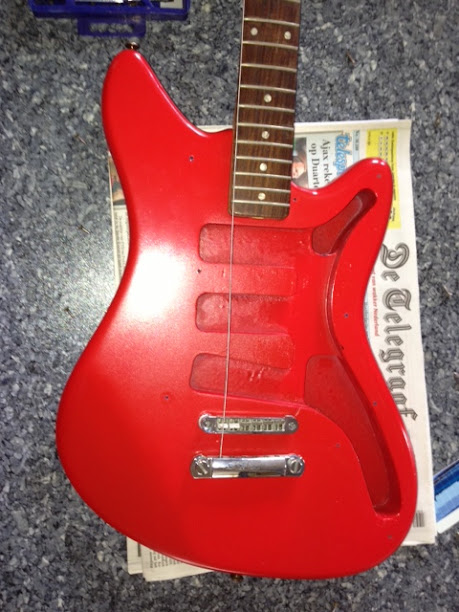 I know nothing about Vox guitars, I just checked pics on Google and saw some with binding and some with no binding. The logo is online too, I think you can show a pic to someone who makes custom waterslides and he can make it.

I'm the last person to care about vintage correctness, if this was mine and I had the funds I would finish the guitar in British racing green with a matching headstock. Black pickguard, white pickup covers and a Bigsby if I could fit one there.
Top

I got my decal from this ebayer (uk) bluearsefly2011
he does a couple of sorts,I not seen a Spitfire one, but you can always do what I did buy any old one and just use the VOX and JMI ones.....that would be for the headstock not the pickguard
"Sent from my Sinclair ZX81"
Top

I'm no kind of expert on Vox guitars, But I think that the pickups and the pickguard probably aren't original. It looks like someone tried to "Stratocasterize" an already somewhat "Stratocaster"-looking three-pickup guitar. Have you done an online search for "Vox Spitfire"'s, yet?
Top

Yeah I'm pretty scared that the pickups are not the real deal.
The pickguard is not real but they sell reissue's for $53,-

I'm not sure if I try to get it as restored as possible and buy a pickguard for 53,-, buy a spring and trem arm for $40 and spend some money on a logo, paint etc.

Or just sell the vox tremolo and put an xtrem on it and a TOM roller bridge maybe cut a pickguard and just take off the finish which is the case with my #2 and #3 (a 1967 yamaha sg-2a and a 1966 fender mustang). Which probably won't cost me any money since vox parts are selling for quite some money.
Top

I don't know anything about Vox guitars. But, I like the look of that one. How does it sound?
Top

Does this looks like the same pickup as I have in my guitar?
Top

cool. i have a vox stroller that looks pretty similar. yours looks like a higher quality guitar though.
Top

Does this looks like the same pickup as I have in my guitar?

there are one or two sellers I keep an eye on.....if I see a Vox pick up ill let you know
"Sent from my Sinclair ZX81"
Top

Nah the reason I was looking at that pickup is because it looks a lot like the pickups that are in my guitar. If so, they're the real deal I guess.
If not I'll be happy to buy a real pickup though

There's an excellent luthier named Erick Coleman in Ohio (http://unitedlutherie.com/contactus.html" onclick="window.open(this.href);return false;) that gigs a couple of Spitfires, I think. He might have good advice for you.
Top

Hey countertext, thanks for getting me in touch with him. He has an hurricane which is basically the same just lacking one pickup.
He told me my pickups are not original just like all the other parts I guessed werent original.

I'm probably going to pickup some NOS parts to restore the tremolo and just leave the pickups for now.
I started sanding this weekend so here are some pictures. 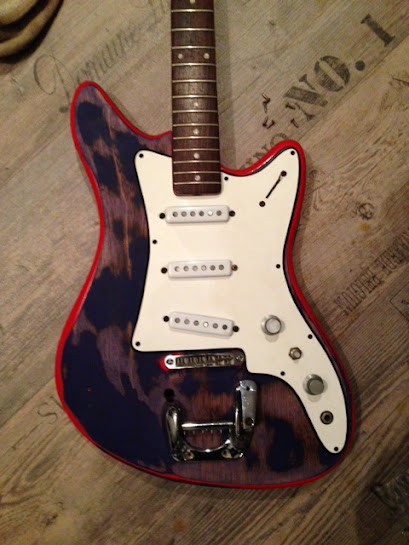 With a jaguar plate just to show that the left side is exactly like a jaguar. 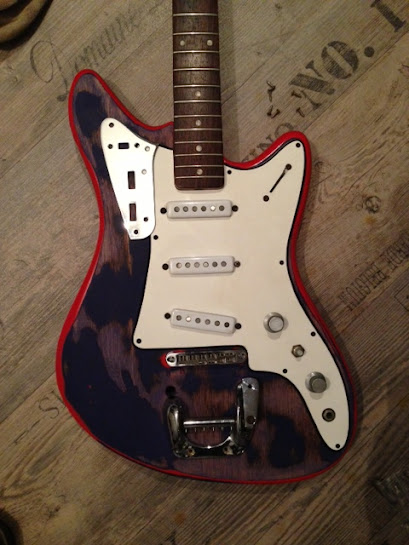 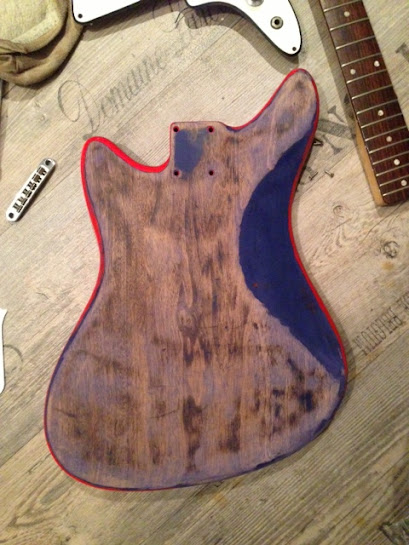 Re: 1964 Vox Spitfire, started working on it

I love your Vox man. I have (like we probably all do here) a strong affinity for these oddballs.

I like the grain a lot, my vote would be for a walnut finish if my opinion means anything haha.
Top
Post Reply
39 posts