Sometimes the amp is too powerful for the cabinet

Sometimes the amp is too powerful for the cabinet

by sookwinder
[Due to OSG crashing some days ago I have had to retype up this thread, which is somewhat difficult given that my life in COVID19 lockdown is basically groundhog day. So I started retyping it and then I wondered whether the thread would be able to bee seen in the Google cached area ... and amazingly it was.....]


For whatever reason I like the physical size of a Princeton Reverb amp. I have larger amps, I have smaller amps, maybe it is the fact that I have a vintage 1966 PR, maybe it is because it is so easy to record, whatever the reason I have a lot of amps built into the PR size cabinet.

Back in 2012 I'd thought I delve further down the rabbit hole that is amp design/builds and look at designing an amp that used fender preamp/reverb/trem circuits and a British/European power amp section that used EL34 power valves. It would be about 35watts RMS clean and who knows how loud when distortion started in the preamp section.

I did my design, did some builds, nearly went mad trying to solve the problems that arose but eventually built a great little amp. It has recorded well over the years, having a sound that is distinctly different to the Fender style amps I also have.

[Note for whatever reason my camera cannot capture the correct tonal colour of the teal green tolex, so the pics below look far too blue]

There was however one issue that to be honest I was never able to solve.
Because I have shoe horned a V8 engine into a mini-minor, there was not much space available in the speaker area of the cabinet. Also in the end I fitted a Weber 10F150-O smooth cone speaker (after the cone of the vintage 60s Jensen C10N literally disintegrated) which was even large than the Jensen.

The issue was a strange feedback that occurred in the reverb circuit. In fact it is only in the reverb recovery part of the circuit, if the 12AT7 of the reverb circuity was removed the problematic feedback still occurred. The FB is somewhere in the range 600 - 800Hz and once it starts , usually after playing a single note in a run, the only way I have been able to stop it is turn off the amp or bump/move the tank. Not the perfect solution if in front of an audience.

If you are so desired you can read the third link to see what I did, but in short the issue was magnetic resonance/feedback and I needed some way of shielding the reverb tank for the transformer/speaker. The pic below shows the lack of space in the cabinet. The transformer behind the two EL34 valves is quite large and this is what I thought was the main culprit in causing the magnetic feedback.

When trying to isolate something from a magnetic field the approach is somewhat different to isolating something from an electric field. For an electric field you generally can just have a shield, where as for a magnetic field the item must be completely enclosed. Also the only real way of isolating a magnetic field is to use something like sheets of MU Metal , which is an alloy of nickel, iron, molybdenum (80% molybdenum). It is damn expensive. So that is what I did, bought some MU Metal from a store in Germany, built a box of it, placed the reverb tank inside, then built another box of the Mu metal and placed the first box inside of it. It sort of worked. The magnetic feedback would occur every now and then and I had to be very careful where the reverb tank was in relation to the transformer/speaker.

Not a true solution, but after working on the entire project for a couple of years I was a little sick of it, so I sort of shelved any further work on the problem. When I recorded using the amp I would turn the reverb circuit down and use my stand alone Reverb unit instead.


Then, eight years later COVID-19 came along, I lost my job, I have been in lock down for 3 months and as such I had a fare amount of spare time on my hands. I decided to have another crack at solving this magnetic feedback issue that caused problems with the Reverb circuit.

I pulled the back panels off the amp, moved the reverb tank to outside of the cabinet and low and behold there was no magnetic feedback. I connected a reverb tank without any shielding from my stash of tanks (large, small, long reverb, medium reverb, 2 spring, 3 spring) to the amp but still located away from the cabinet and no feedback occurred. Mmmmmmm.

I then attempted to determine what was the minimum distance the reverb tank needed to be away from the amp chassis for the feedback not to occur. As some stage, because the speaker/amp is so loud, I disconnected the speaker and connected the speaker of another amp located in another room via a long speaker cable. This way I could do my experiments without going deaf.

After disconnecting the amps speaker I discovered that I could place the reverb tank back inside the cabinet and no matter how I tried the feedback did not re-occur. It seems that the source of the magnetic feedback was nothing to do with the transformer, but entirely due to the speaker and its distance from the reverb tank output transducer.

At that point I should have shouted Eureka but I was too tired and I went to bed.

In the following days after some further experiments I calculated what the minimum distance that was needed between the speaker and the reverb tank to have no feedback issues. I then ordered a new cab from MOJOTONE, still based on a PR size but 5" taller. The amp took a good two months to arrive after being sent because of the lack of international flights due to of COVID-19 (the amp spent 3 weeks sitting in Hong Kong airport!!).

I have been working on the change over from the original PR cabinet to the taller PR cabinet over the past couple of days. Luckily I still have a spare PR size chassis that allowed me to locate the positions for the chassis strap holes in the top of the cabinet.

I tried the various types of tanks that I have available but eventually stayed with the small 3 spring long reverb version.

So the lesson learnt is that sometimes there are electronic/magnetic reasons smaller cabs do not have huge speaker/amps in them. It just took me 8 years to work this out.

by fisonic
Wow, thats a nice build Sook. Have you discerned any improvement/difference in the non-reverb sound with the larger cabinet, little more bottom end perhaps?

(glad you didn't lose that posting due to the recent site crash). Is it now the same height as a MM Bass Amp, just wider? I'm wondering...

So my new cab is just a little bit bigger all over.

by Shadoweclipse13
Beautiful cab Sook!! This was a very interesting read. I've never thought about the relationship between magnets and peripherals inside the cabinet. It really makes you appreciate all the engineering that goes into this stuff.

So my new cab is just a little bit bigger all over.

thanks for that. good to know.

by DeathJag
What a cool and interesting phenomenon to share, thank you! I wonder about magnetic fields of AC cables interfering with each other, since those inevitably end up in a mess of spaghetti. I have not noticed any hum difference when I nicely separate them though.

by HNB
Your title instantly made me think of... 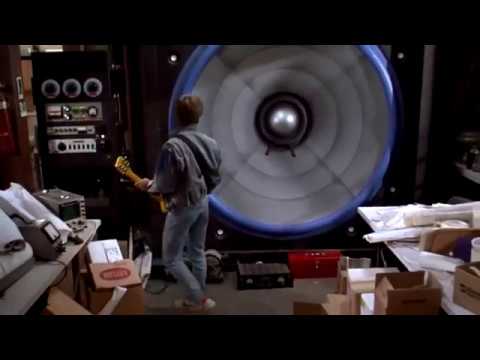 by Jay
Really interesting stuff... glad you were able to recover this from the google world database and re-post.

by ElephantDNA
Very cool. Am sure it sounds as good as it looks! Thanks for sharing!

by Ohioisonfire
Looks great and I especially love the vintage style tube chart. Nice touch. I am going down the amp building rabbit hole right now..
All times are UTC-08:00
Page 1 of 1
Powered by phpBB® Forum Software © phpBB Limited
https://www.phpbb.com/