by pad
i can give 2 hints,
cherry red and lawsuit 70s.

sending pics if somebody gets the hint

by I Hate Music
Fibson SG?

by pad
urgh, the seller took the item down means i haven't access to the pics.

be thrilled, you are on the correct way.

by pad
Found a way 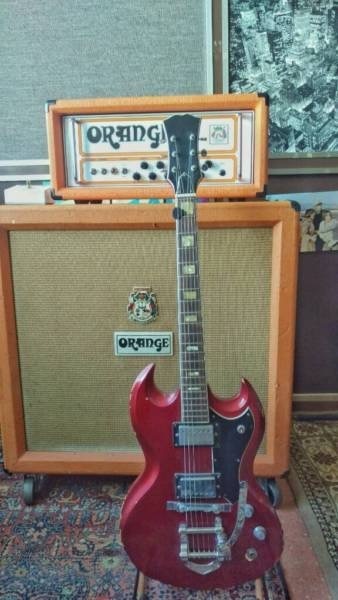 by pad
she came today and i have to say wow!
got her realy cheap, i mean i couldn't have a epiphone for that price.

Neck:
Slim/taper, seems like pretty much the same as my 86' Rickenbacker 360. Feels perfect and isn't too narrow. I always thought about that 50's Gibson necks would feel like that. The neck is worn though the lacquer on the back, just right for the overall wear on the guitar, maybe a little bit helped because on the body the lacquer seems a little thickish. No neck dive !

Pickups:
Both sound right, maybe a little bit weak for humbuckers, but good if you are accustomed to single coils. Both pickups sound like they should. Clean and distorted not too muddy and still very resonant. Neck + bigmuff = black keys and bridge + treble boost = allah-las, pretty much all i want!

Wear:
He stated that it has wear and thats right. She has been played realy hard, but thats good because i always thought that guitars that has been played a lot sound the same and thats the matter here. It has even played though 1ply of the neck binding (3 ply).

Im feeling like i got the real tour guitar, that needs to be played. Maybe someone could help me to find where it has been made and find some background information. 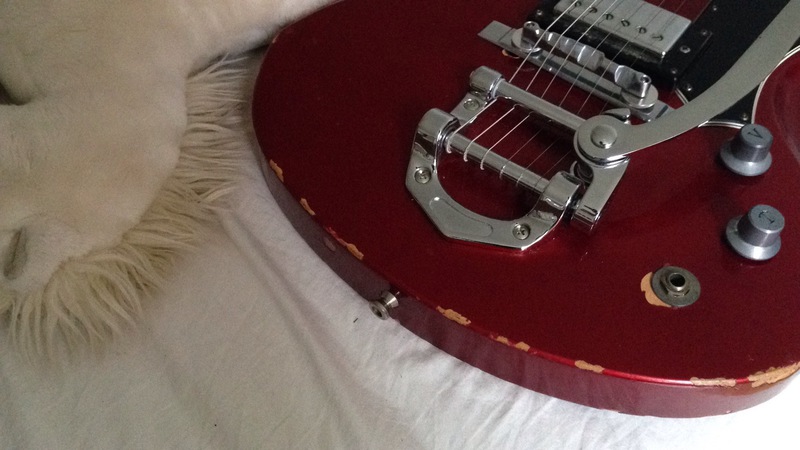 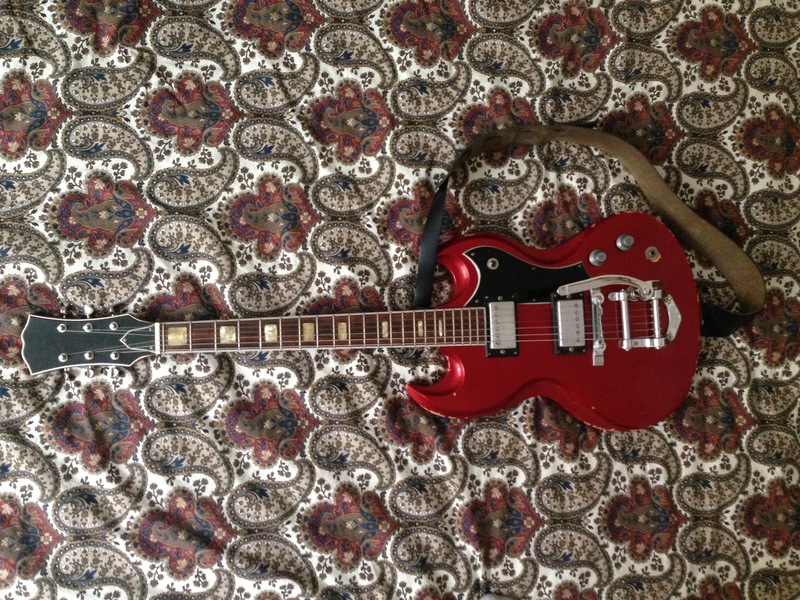 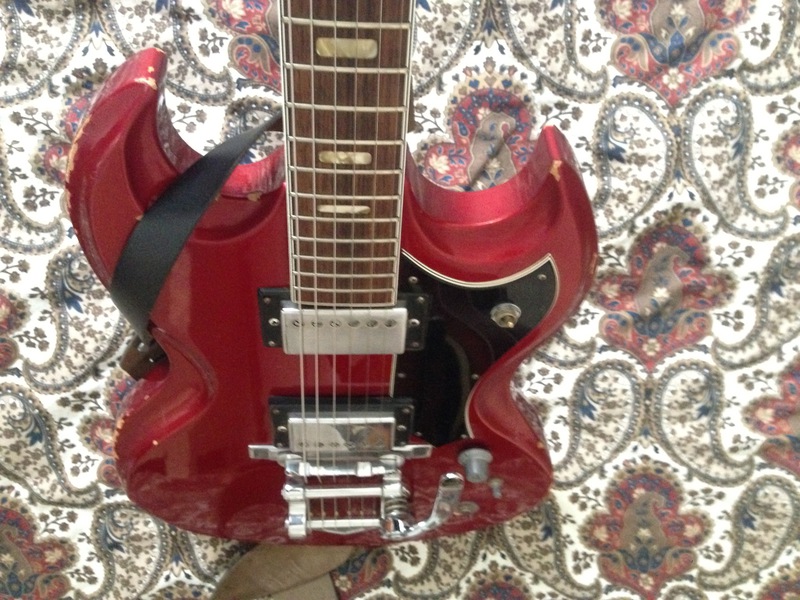 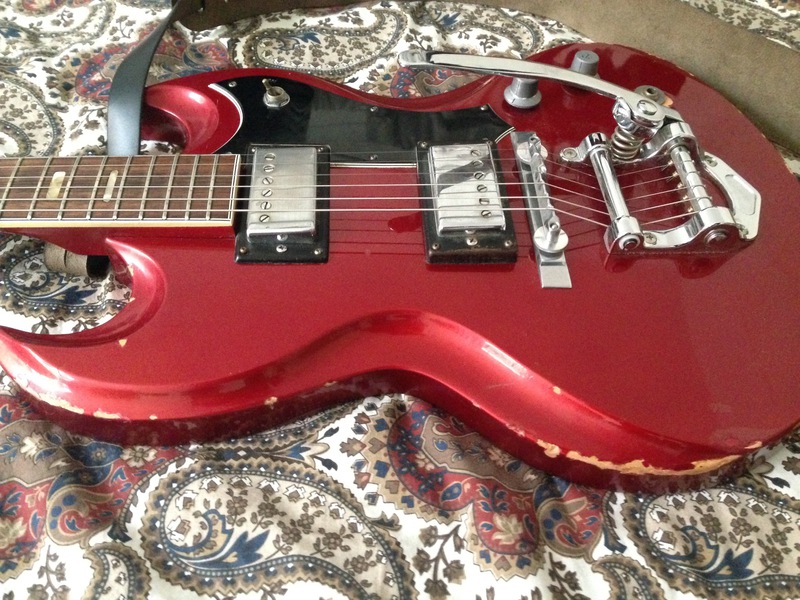 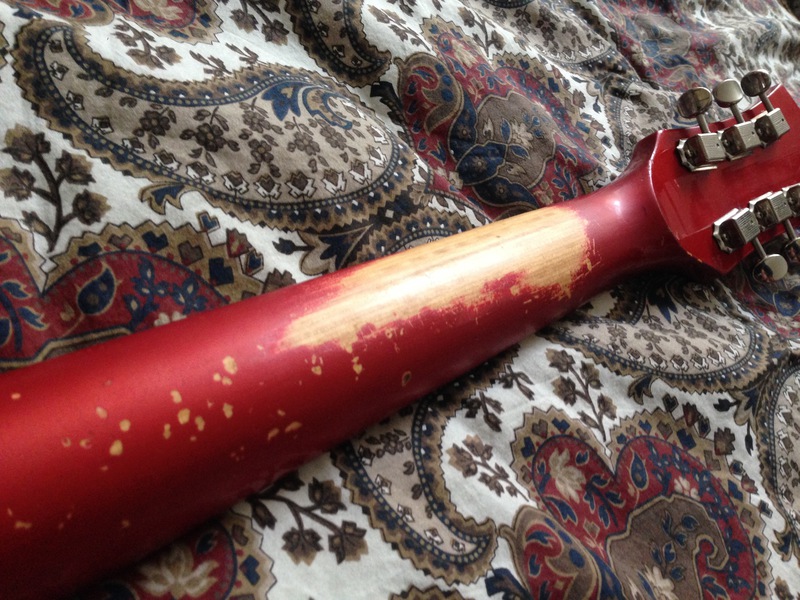 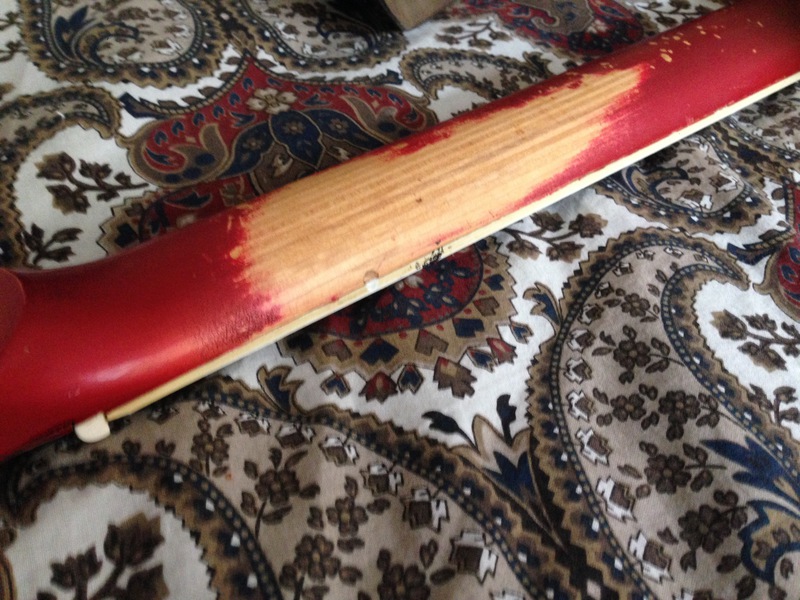 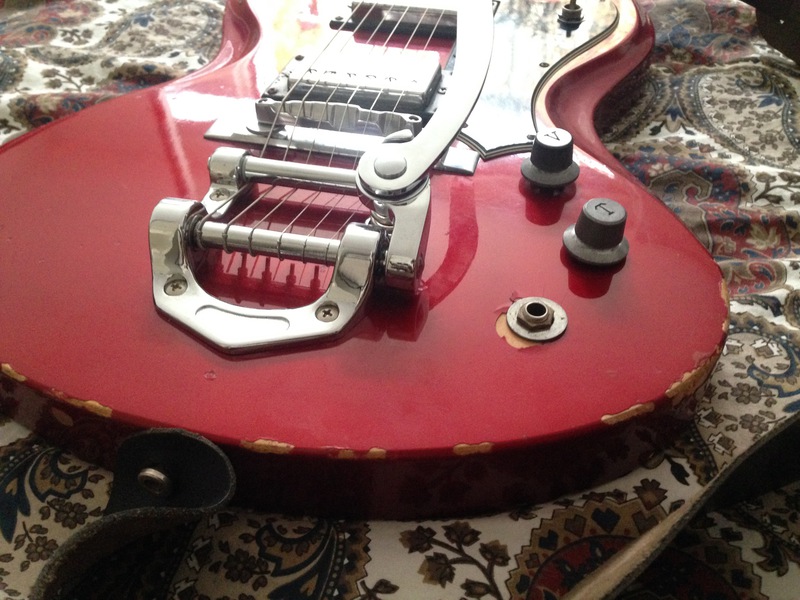 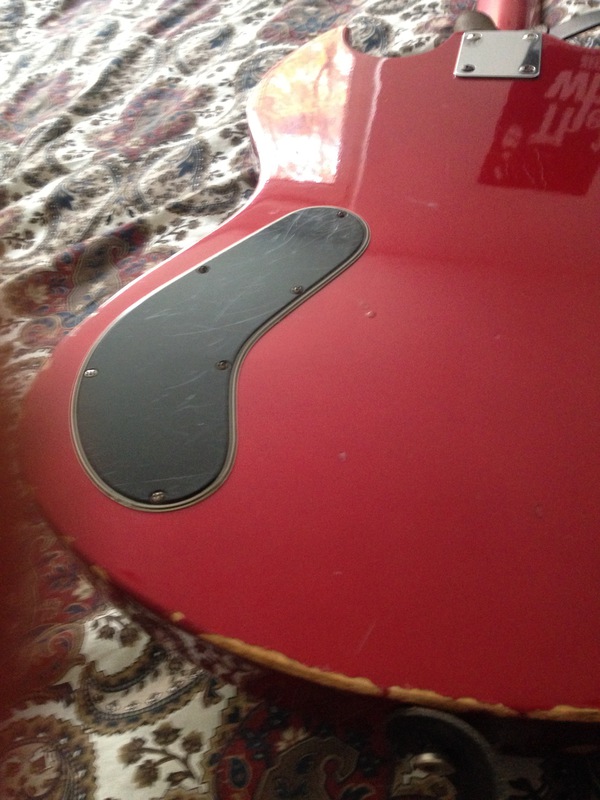 by Drill
The first pic didn't quite played in her favour, but that thing is a beauty!!
The countours gives it a nice touch

by Shadoweclipse13
I agree with Drill, those face contours give it a really unique flavor!! And the small pickguard too!! LOVE it!!

by pad
thanks guys!

the thing that amazes me as most is the neck, its a real joy to play.
im glad i bought it blind though the web.

by repoman
Very cool, love the body contours on the top

This reminds me I have a very similar SG shaped guitar under a bed in pieces. I really need to get that thing together.

Looks like the same exact neck as yours. Mine is branded "Buddy"! Lol

by cmatthes
Neat guitar, but in no way a "Lawsuit" guitar!

by Con-Tiki!
it is cool.
a lot of those chrome pickups are actually singles, disguised as HB's. that could explain your impression of them.

aria's and conrads and a bunch of others used them.
All times are UTC-08:00
Page 1 of 2
Powered by phpBB® Forum Software © phpBB Limited
https://www.phpbb.com/