For guitars of the straight waisted variety (or reverse offset).
Post Reply
31 posts 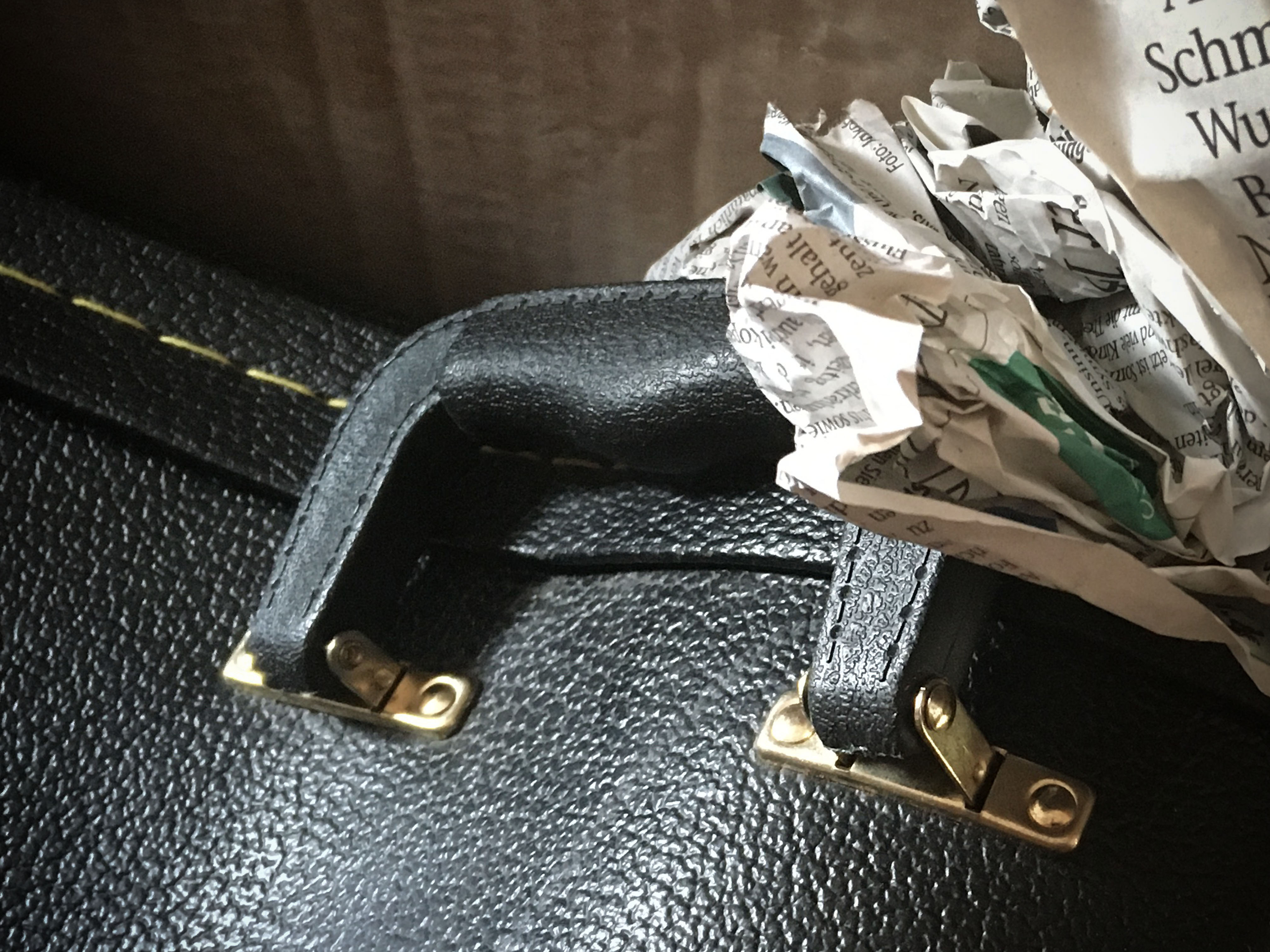 ...I have to go out to teach a yoga class so more later.
Last edited by PorkyPrimeCut on Sun Aug 30, 2020 3:14 am, edited 2 times in total.
You think you can't, you wish you could, I know you can, I wish you would. Slip inside this house as you pass by.
Top

Something curved from the shape of the case! Epiphone Casino?
Top

Whatever it is, congrats, Mark!

No
Yes
Yes
No

It's not vintage, it's not American-made & it's almost completely different to the acoustic I already have.
You think you can't, you wish you could, I know you can, I wish you would. Slip inside this house as you pass by.
Top

Eko Ranger or of similar ilk?

Nope. I actually sold my Ranger a few years back to part fund my other acoustic - a Guild D50.

This new guitar is definitely a step up from Ranger territory.
You think you can't, you wish you could, I know you can, I wish you would. Slip inside this house as you pass by.
Top

I knew THAT, I was thinking you were going back into that territory.

NO clue what it is... A Yairi nylon string? 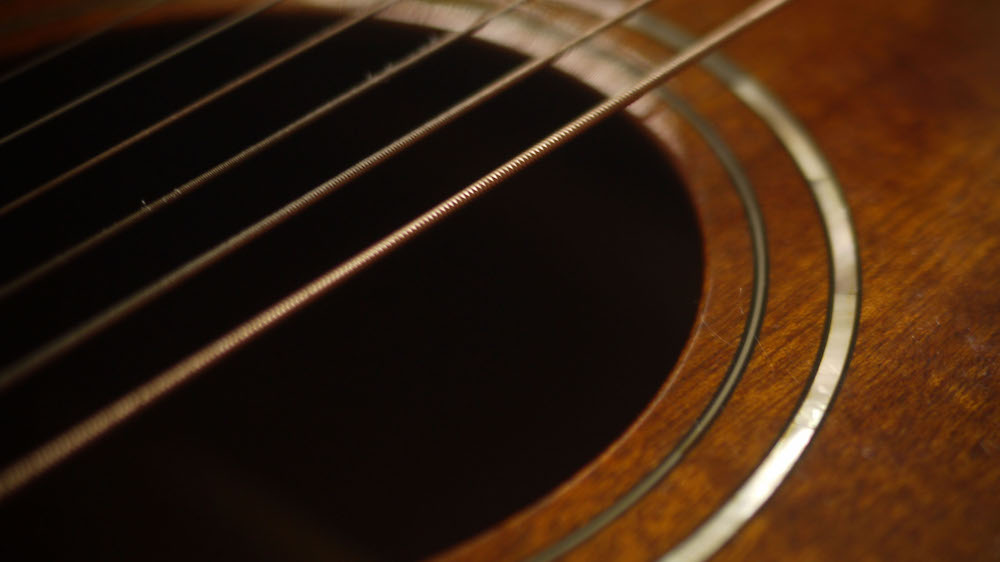 Recording King?
"I'm all metric and loving every inch of it"
-Orang Goreng
Top

Shouldn't be too difficult from here

My first guess was an M-20 but I didn't think the rosette was correct and didn’t think any were made outside of the US...?

edit: I now see they make an imported one from the Westerly series, gotta be the M-120 or OM-120

We have a winner!

I thought about the M20 but just can't get a decent deal on one, thanks to all the "Nick Drake guitar" nonsense. Way out of my price range!
I'd also considered travelling 100km to try out an Epiphone Caballero that showed up on free-ads in Germany. Fortunately (or not, who knows?) it disappeared very quickly.

Then I was very close to pulling the trigger on a Gretsch Jim Dandy but felt, even though the reviews were great, that it was a bit of a stop gap & would probably only half scratch my itch.

And then I started thinking...I really want that rich mahogany warmth back but why settle for just mahogany back & sides? Why not find something completely different to a rosewood/spruce dreadnought.
I'd obviously entertained buying new when I considered the Gretsch so I looked back at alternative Guild options. My way of thinking was that their consistency & aesthetics really appealed to me & the build quality was likely to be on an entirely different level to the toy-like Jim Dandy.

That was when I spotted a review for the M-120. I think I've actually watched them all now. Every fucking one of them! I read the reviews too & the bottom line was the same across the board - Chinese? Yes, built very well constructed...and, super fun to play!
I'm not one to shun everything Chinese (the Vox amp I'm selling to fund this is incredible & built entirely in China). Quite fitting, really.

So, I waited for something to come up locally. I even entertained the idea of buying from overseas (well, the UK) but was terrified of receiving a broken guitar due to clumsy baggage handlers.
Then, suddenly, an M-120E showed up about 2 hours drive from here. After checking the specs it was even better than the regular M-120. Black guard instead of dodgy modern tort, hardshell case instead of the newer PolyFoam soft case, & an onboard Fishman Sonitone pickup that I was unlikely to use but handy to have (I'll probably remove it in the next week or so).

I contacted the seller & negotiated a price reduction with free postage... 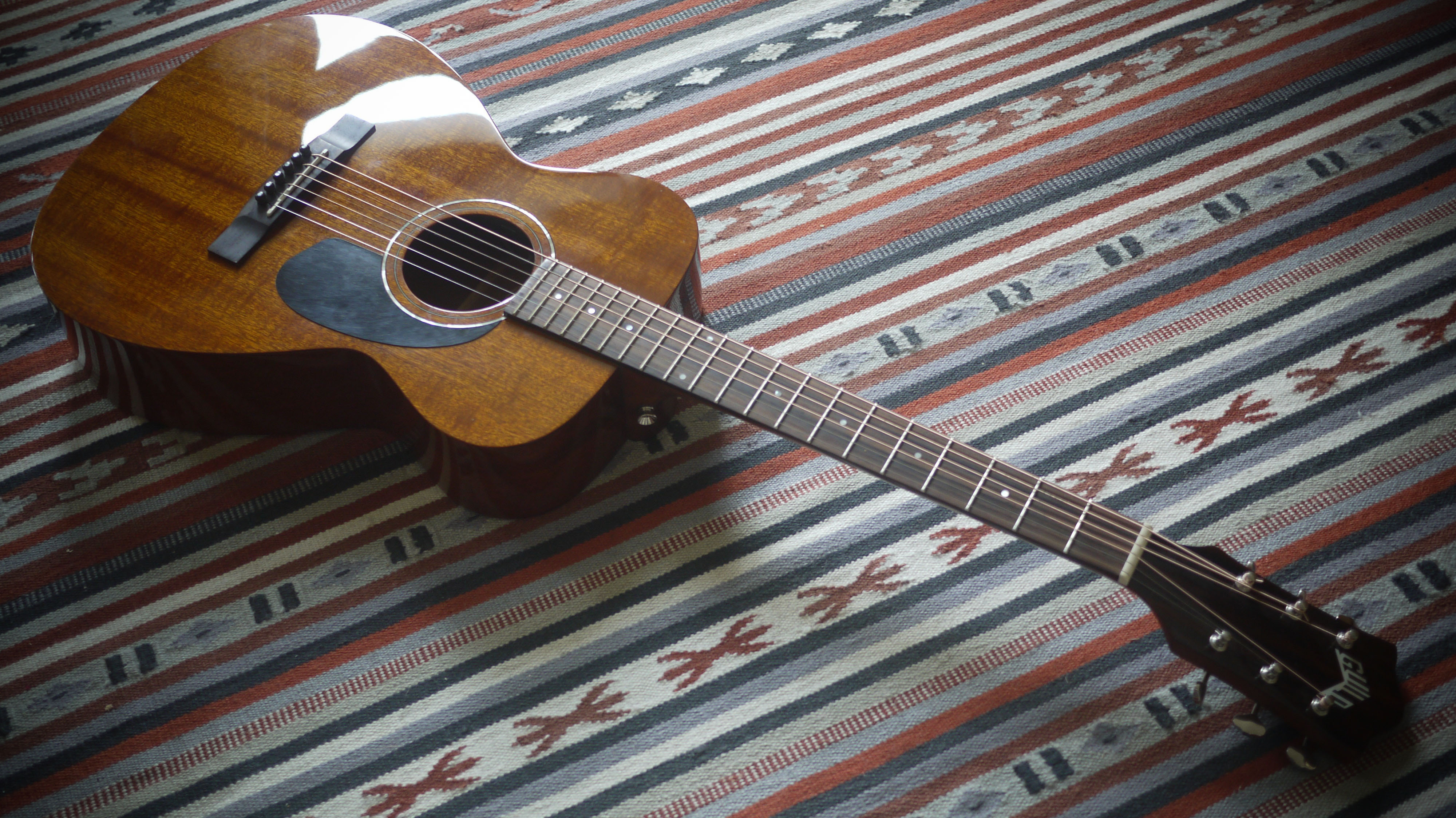 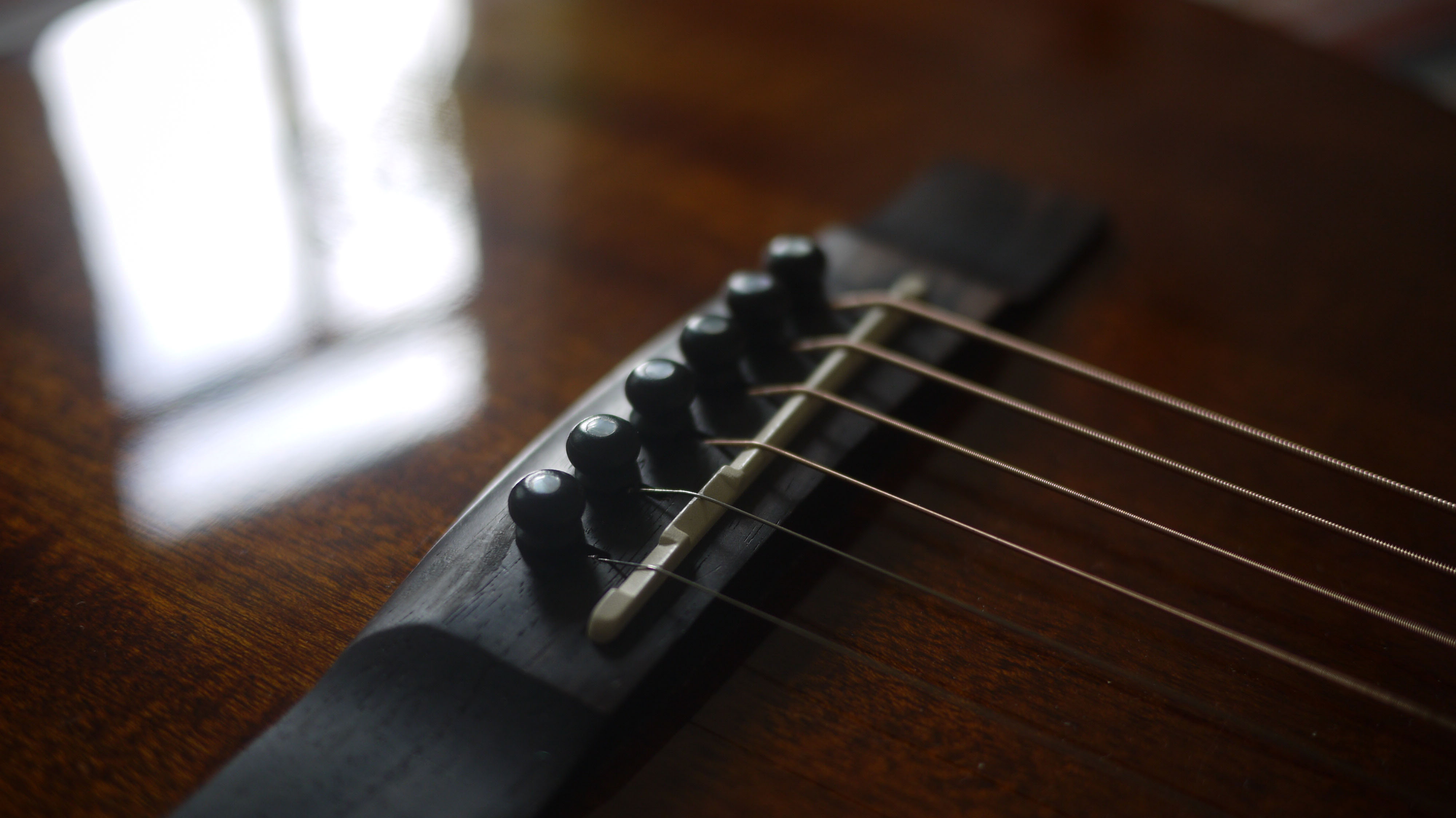 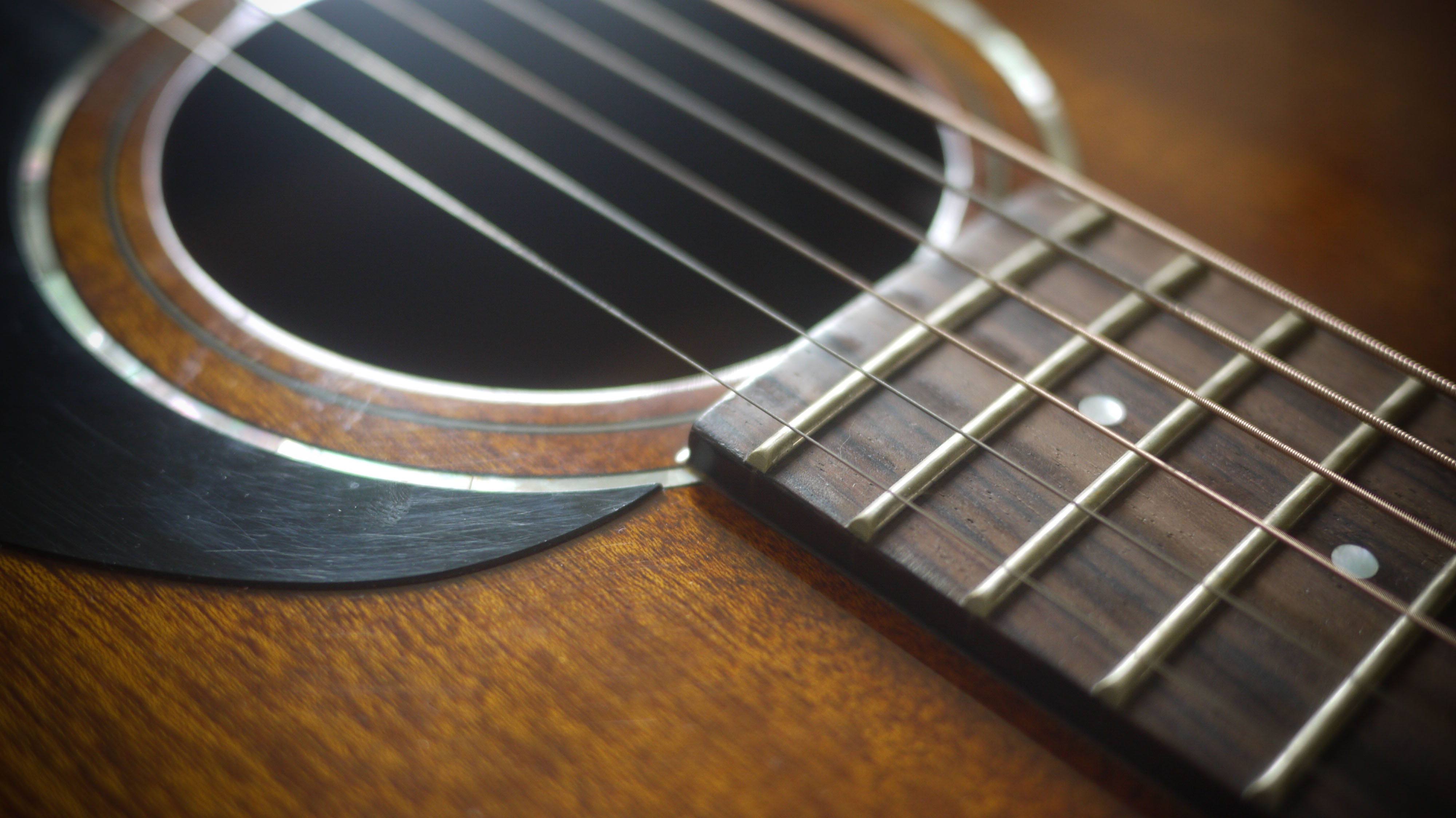 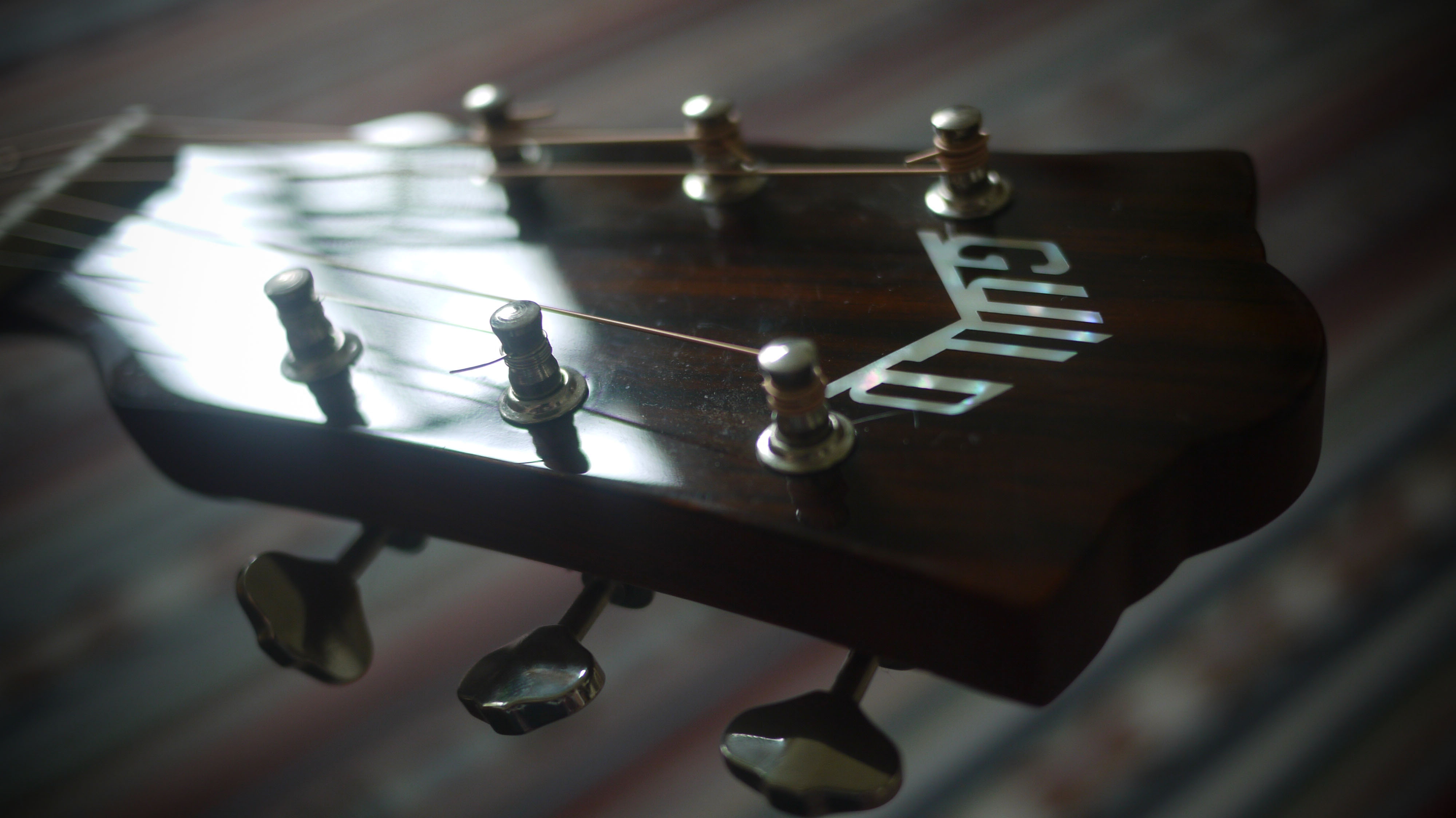 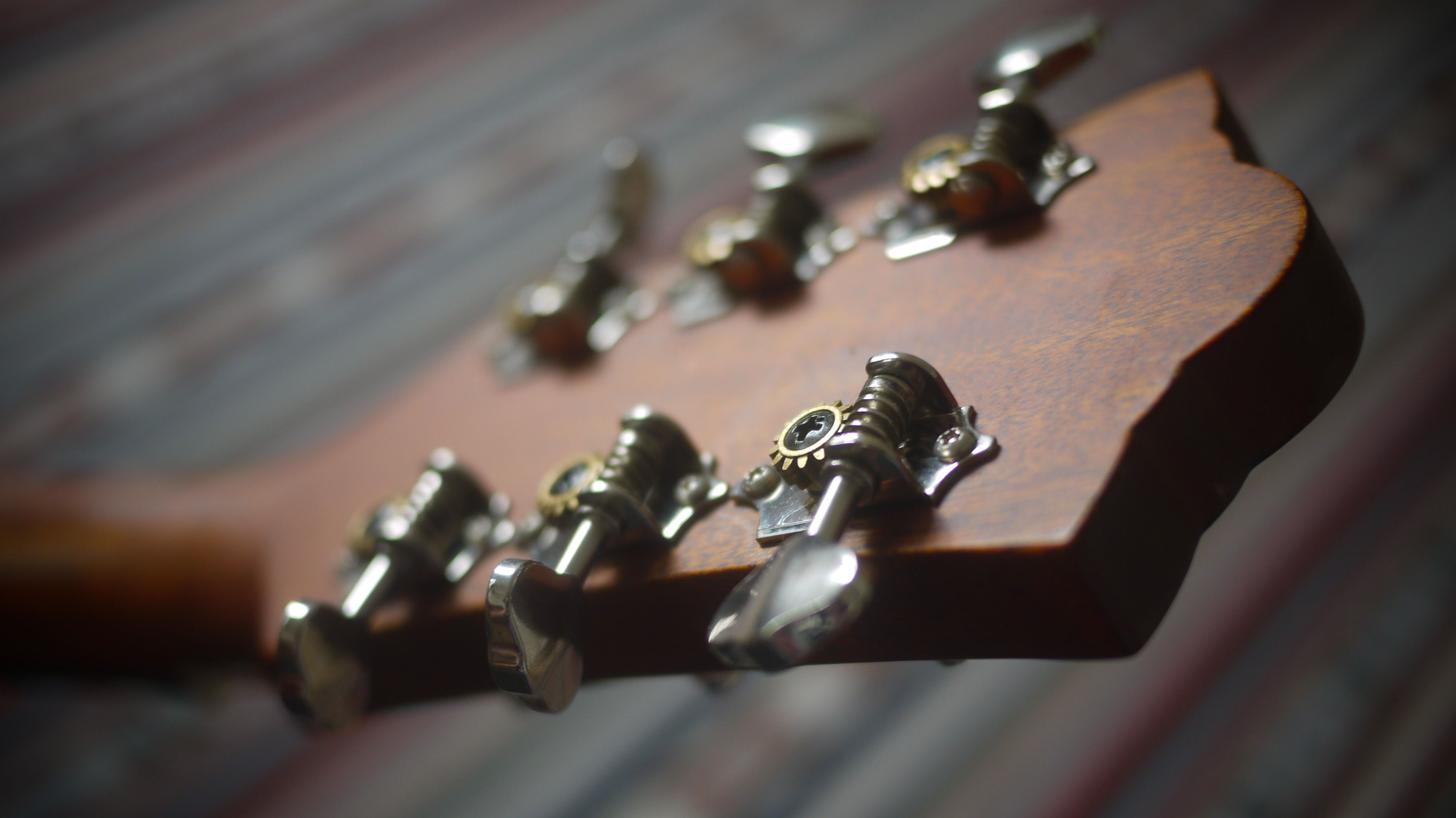 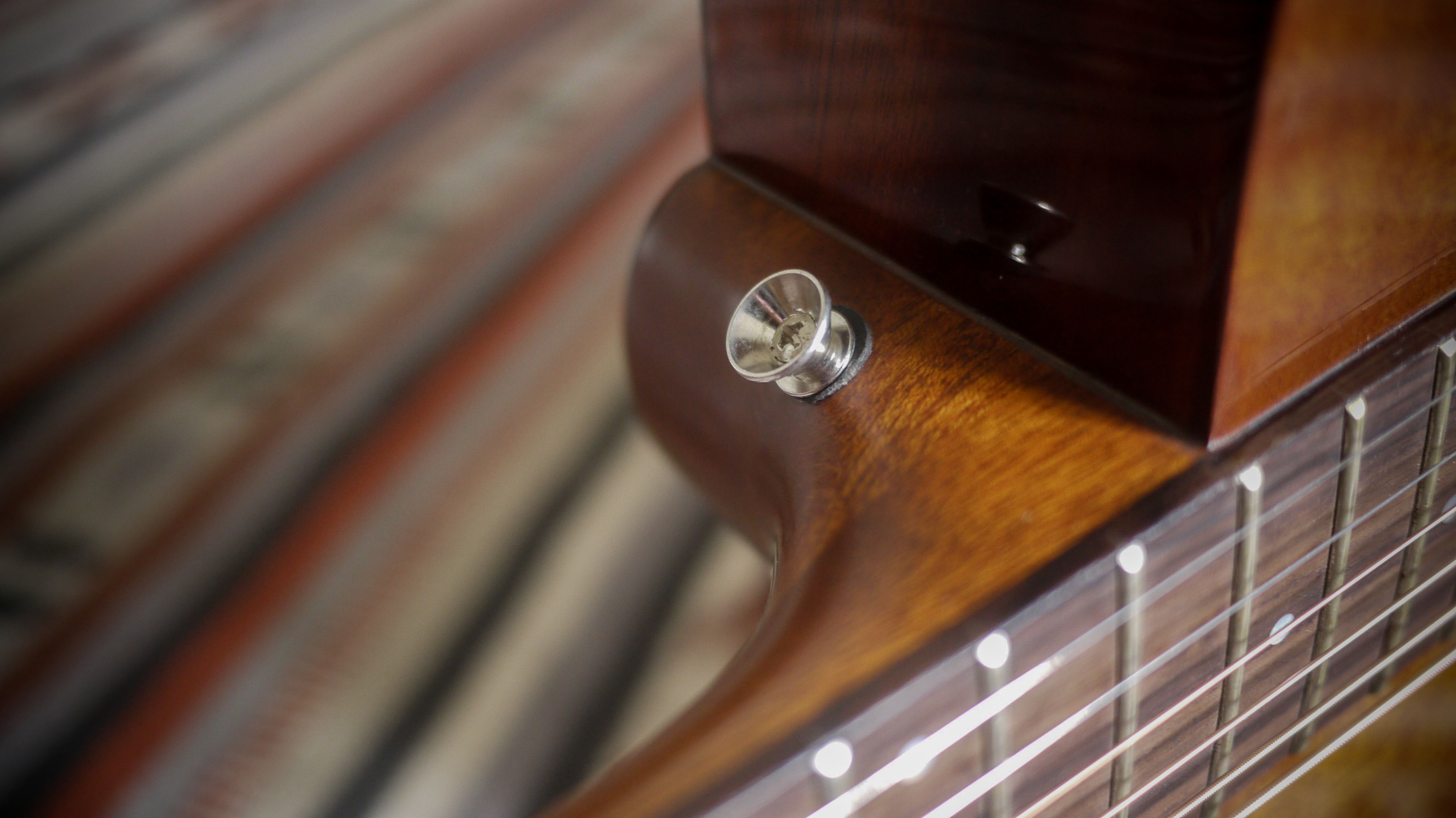 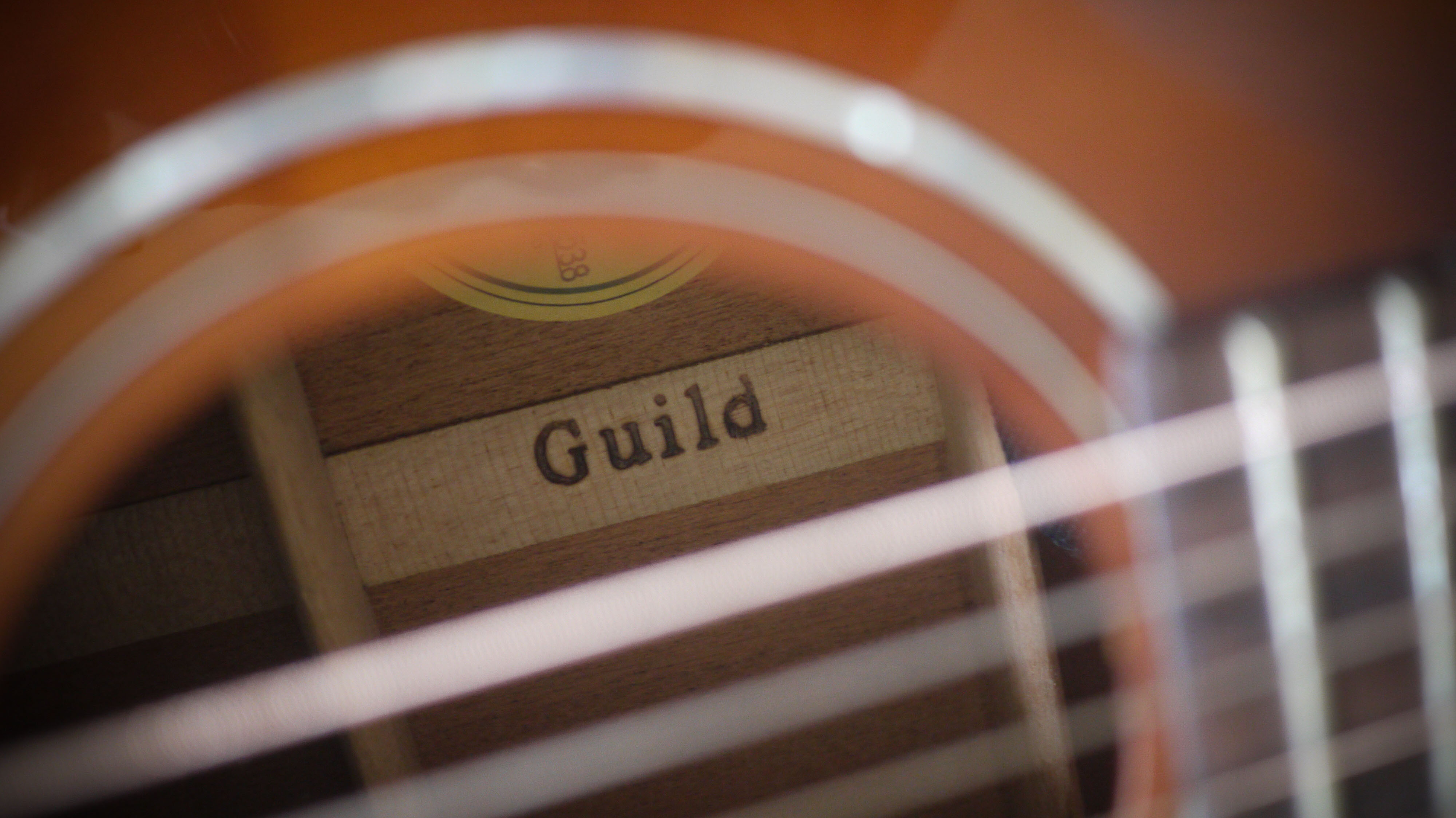 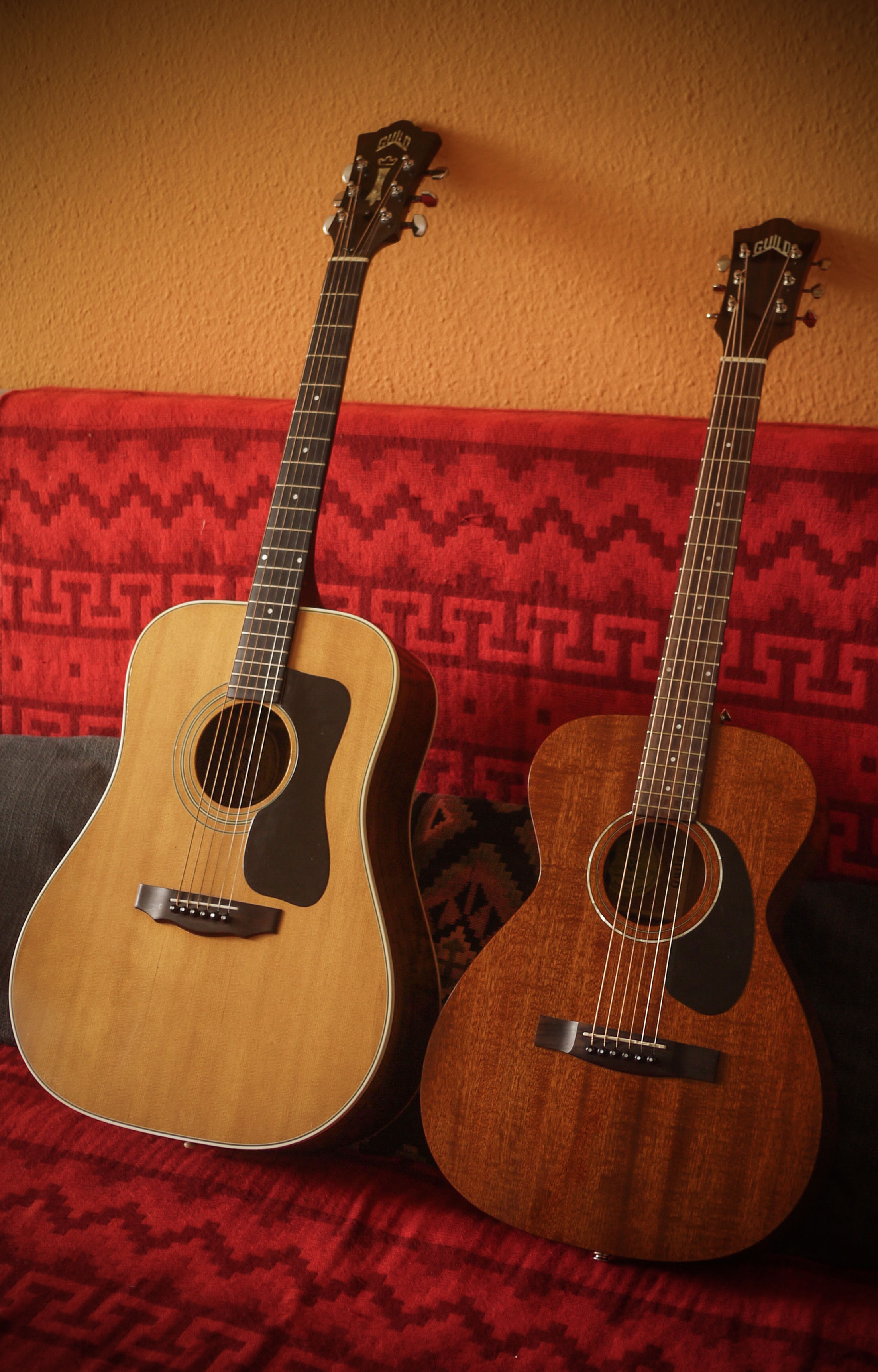 Initial thoughts? I absolutely love it! The seller had it for 5 years & hardly played it, but he set it up very well. A really nice, low action & good quality Elixir Nano-web strings (12 - 53). It's ridiculously easy to play, compared to my 70s Guild, that's going to need a neck reset soon & has much higher action. The difference is crazy!

This thing looks beautiful & sounds the same. Very balanced, louder than I'd expected with more pronounce bottom end (which was a real surprise, reading that it's not got the same projection as a dreadnought & is all about midrange dynamics).
I bought another set of ebony bridge pins from the same seller I'd used a few years ago to upgrade my Guild D50. The stock pins were plastic. The bridge & nut are "Nu-Bone" which I gather is powdered, re-shaped bone so not quite as bad as plastic. The nut would be a fiddly job to replace but the bridge might get a swap, especially if I take out the pickup, which sits directly under the bridge in the rosewood base. By removing the pickup the bridge would be noticably, maybe even unplayably lower so an upgrade would be necessary anyway.

The tuners are the only thing I'm undecided on. They're holding tune at the moment (I've literally been playing this thing for 2 days solid) but I'm very open to the idea of upgrading to a set of nickel Grover Sta-tite 18:1s, now I know they're a simple swap & very good quality. We'll see.
Last edited by PorkyPrimeCut on Tue Sep 01, 2020 7:48 am, edited 1 time in total.
You think you can't, you wish you could, I know you can, I wish you would. Slip inside this house as you pass by.
Top

I recently picked up the slope shoulder J45 knockoff DS-240 from that line and am incredibly happy with mine too.
"I'm all metric and loving every inch of it"
-Orang Goreng
Top
Post Reply
31 posts