I've never liked Les Pauls. I probbaly played like one or two Les Pauls that I actually liked. They were always "elderly blues lawyer" guitars to me. And now I own one 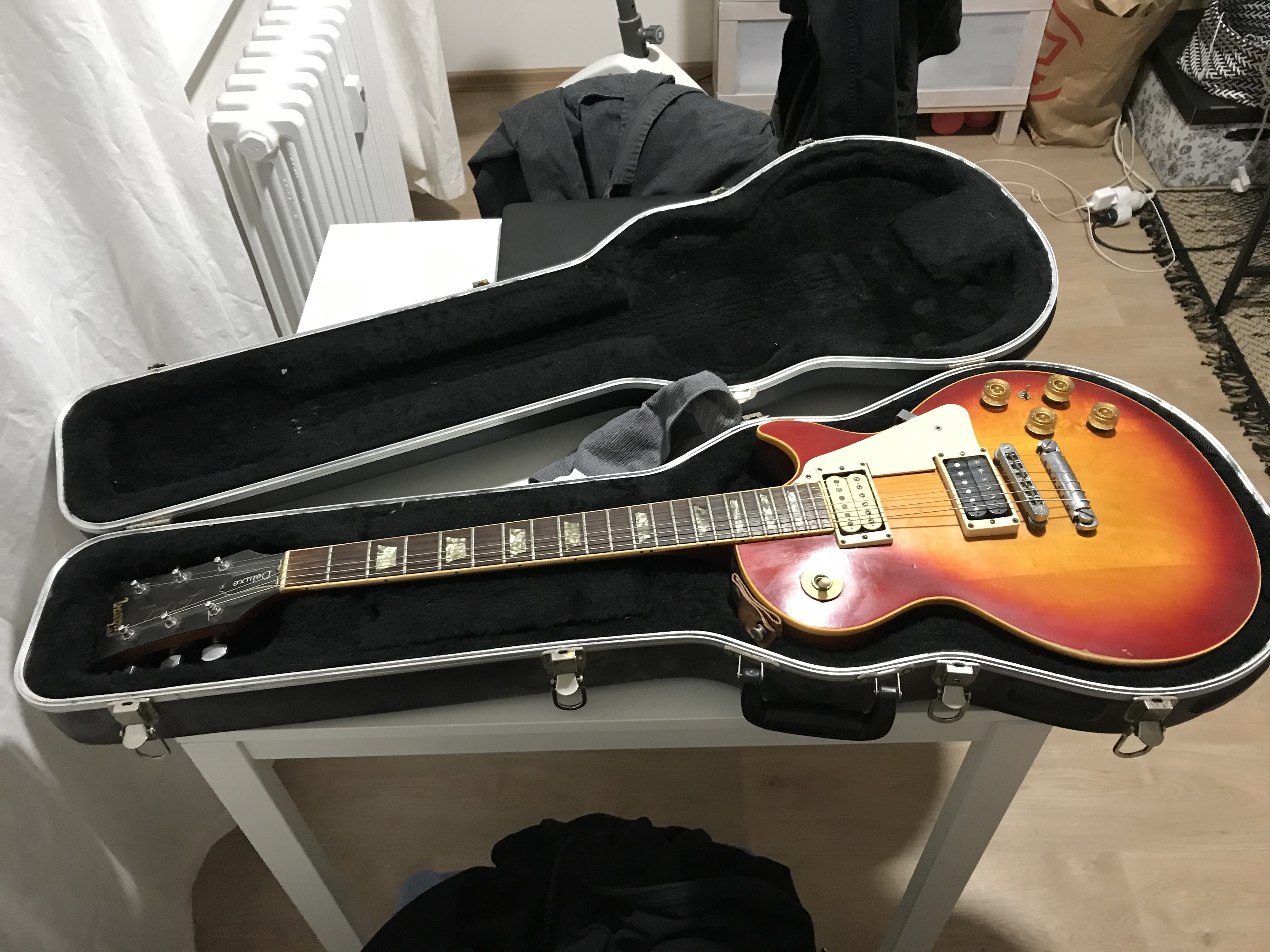 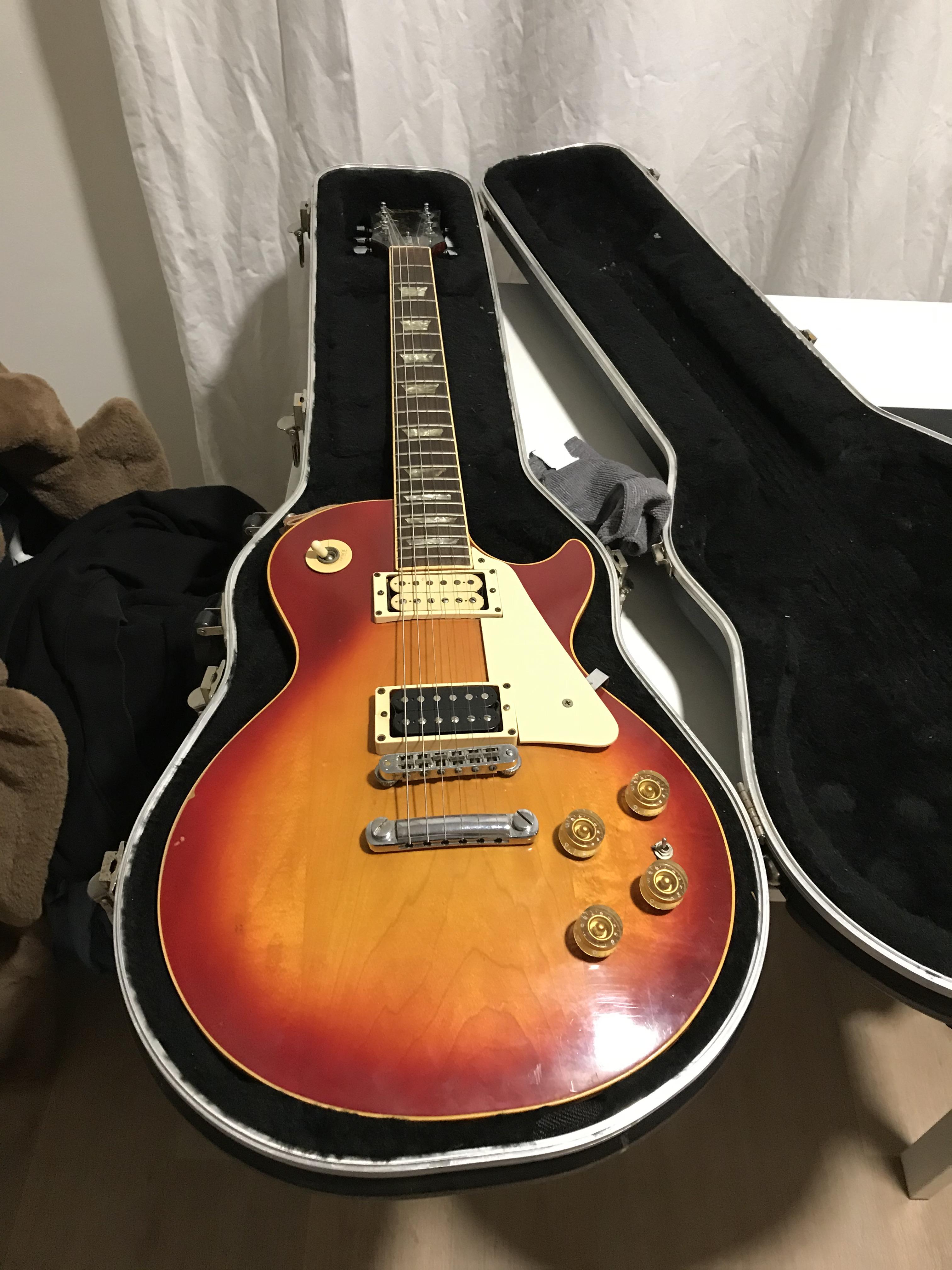 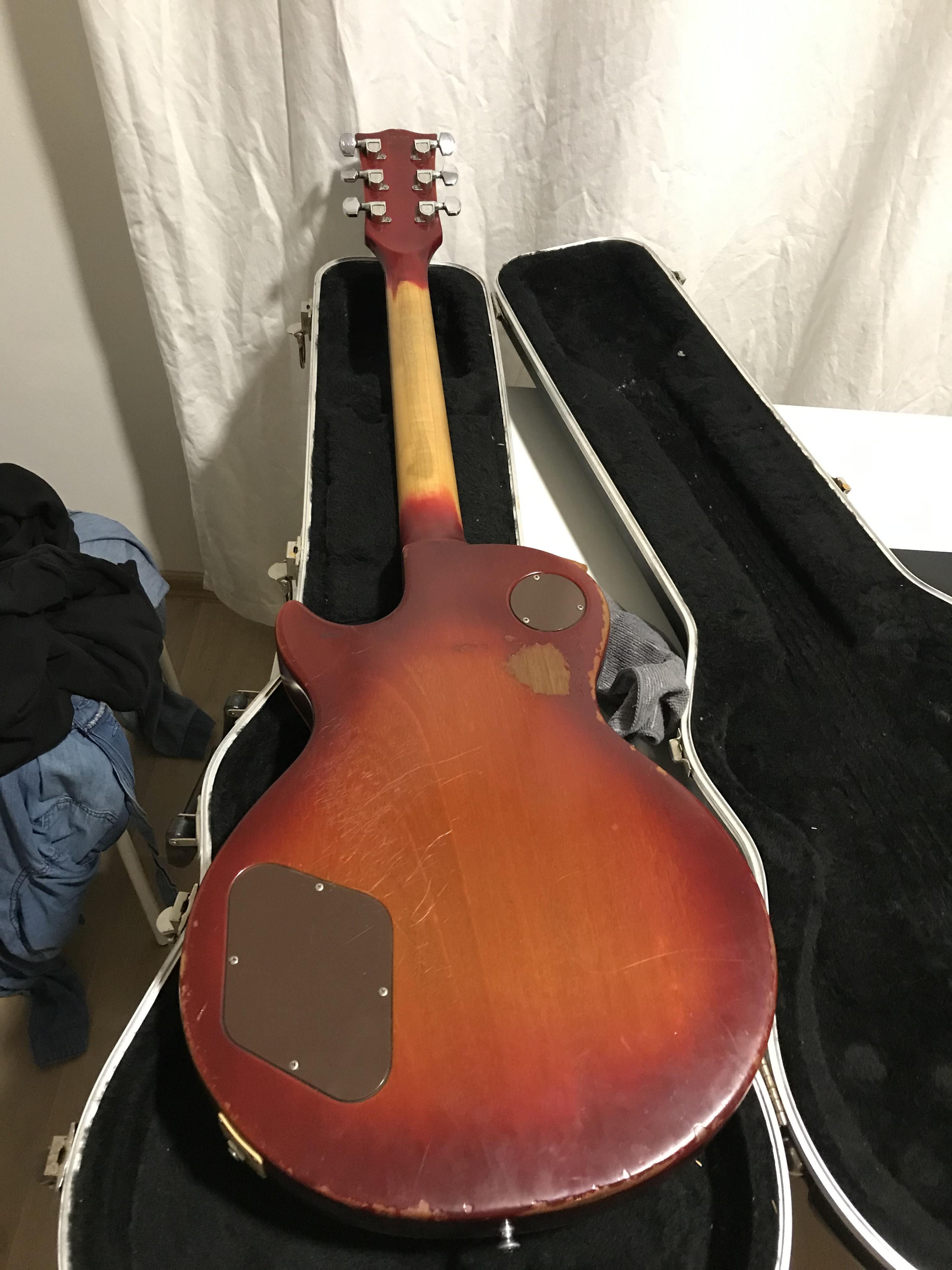 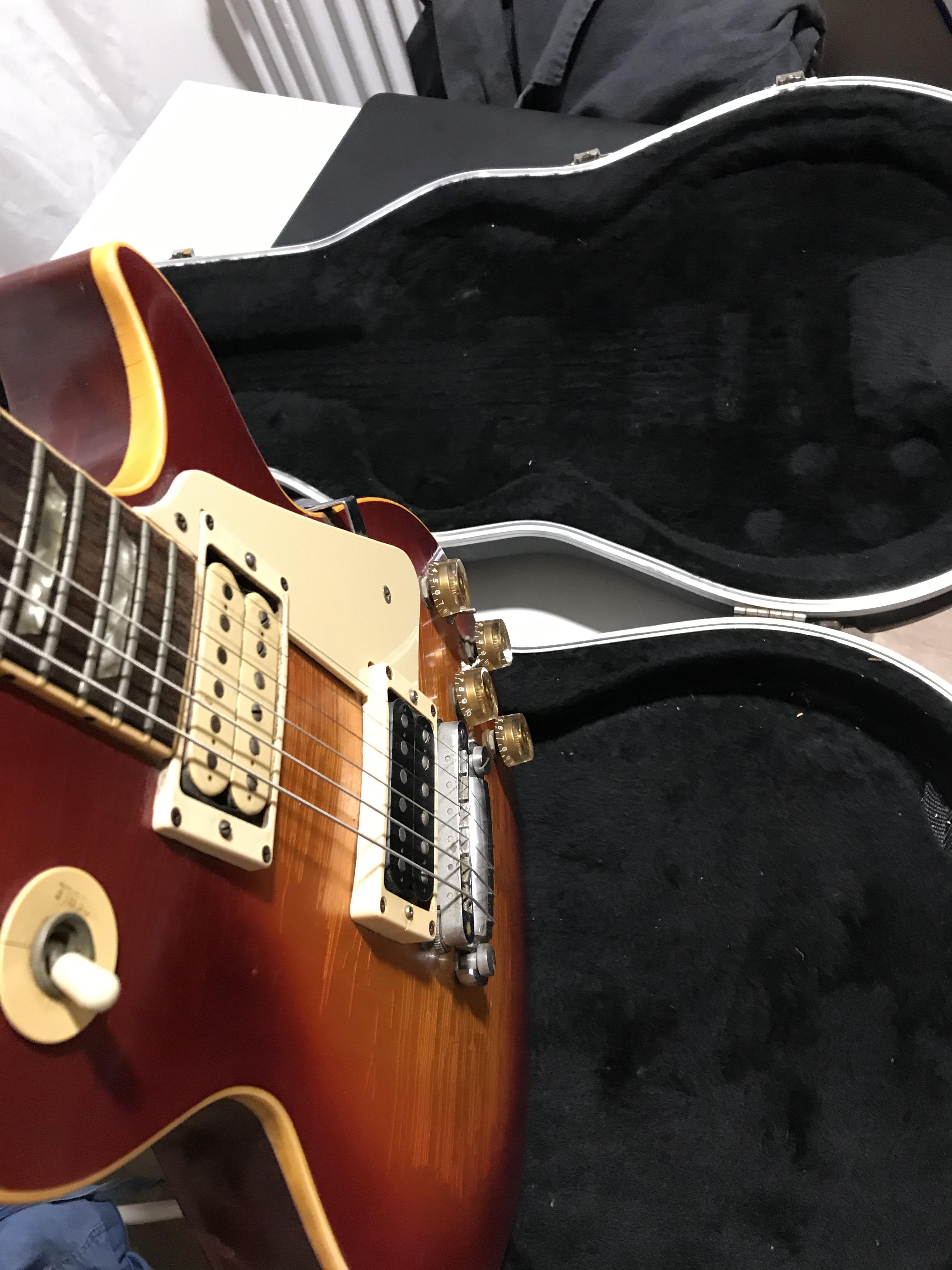 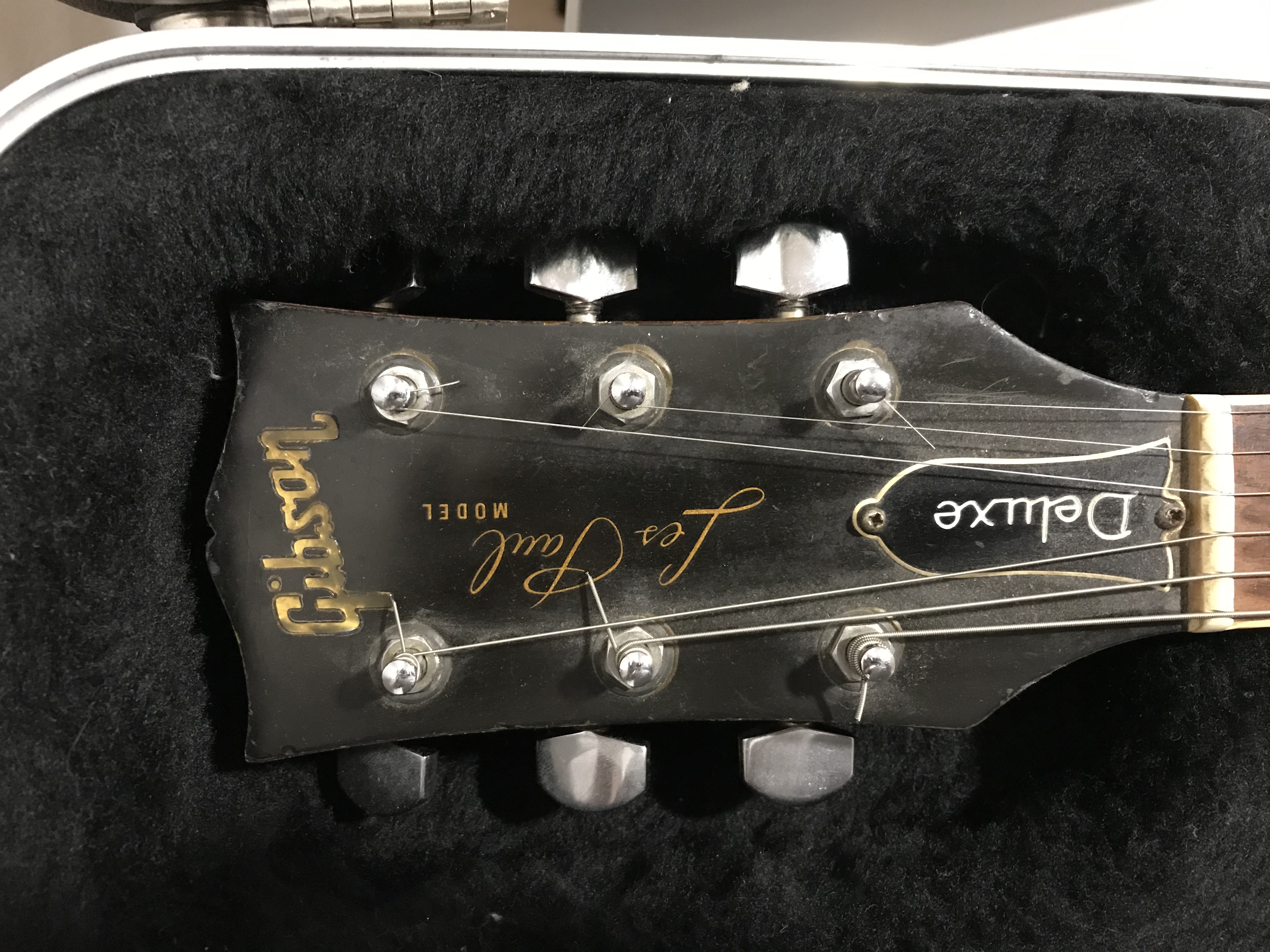 To be honest, the price was too good to let it go and I've always had soft spot for routed 70s Deluxes, since one of my friends owns one and that's one of the two Les Pauls I've actually liked over the years. This one has maple neck and sounds absolutely awesome. I've been ABing it with my trusty Flying V using a looper and the LP actualy sounded as good as the V or even better, all that with ancient 9 gauge strings that have been there for last 10 years at least.


It was routed for humbuckers years ago, someone swapped the original tuners for old Schallers (nothing bad in my book) and added rather crude coil tap switch for the bridge pickup, otherwise it seems original, including the frets (which are pretty low, but still enjoyable to play).

The neck pickup is old Dimarzio, probably PAF, but the bridge pickup is a mystery to me. I would really appreciate any help with IDing this humbucker - I was almost certain that its an late 80s/early 90s gibson P490 (it definitely sounds like one), but no marking, baseplate texture and little square holes on BOTH sides of the bobbin speak to the contrary. I can't really put my finger on it, I've seen this kind of bobbin before (with double square holes), but I can't remember what it was. 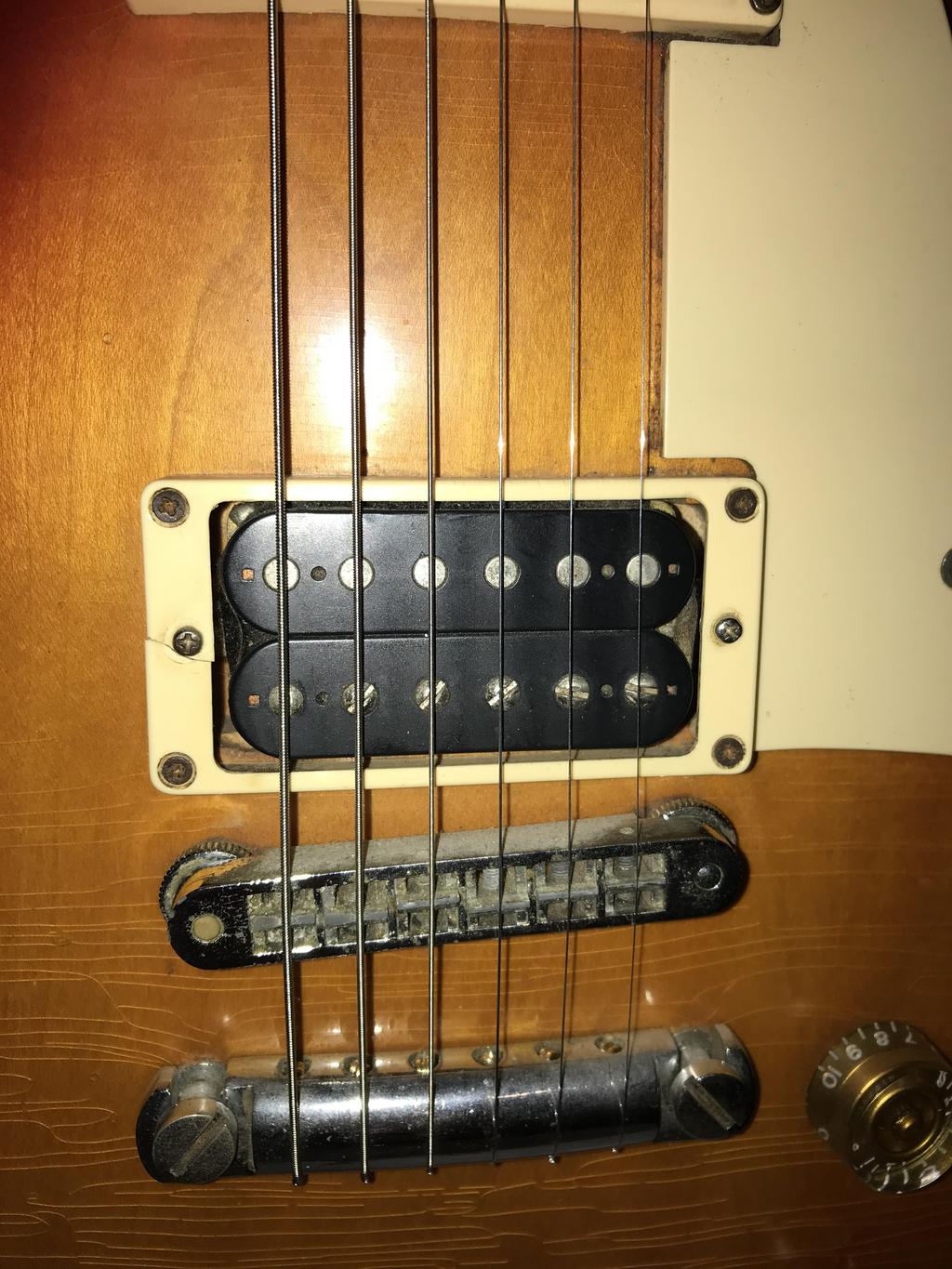 note the notches on the baseplate near the corners - I've seen that only on 80s P490, but that doesn't match otherwise. 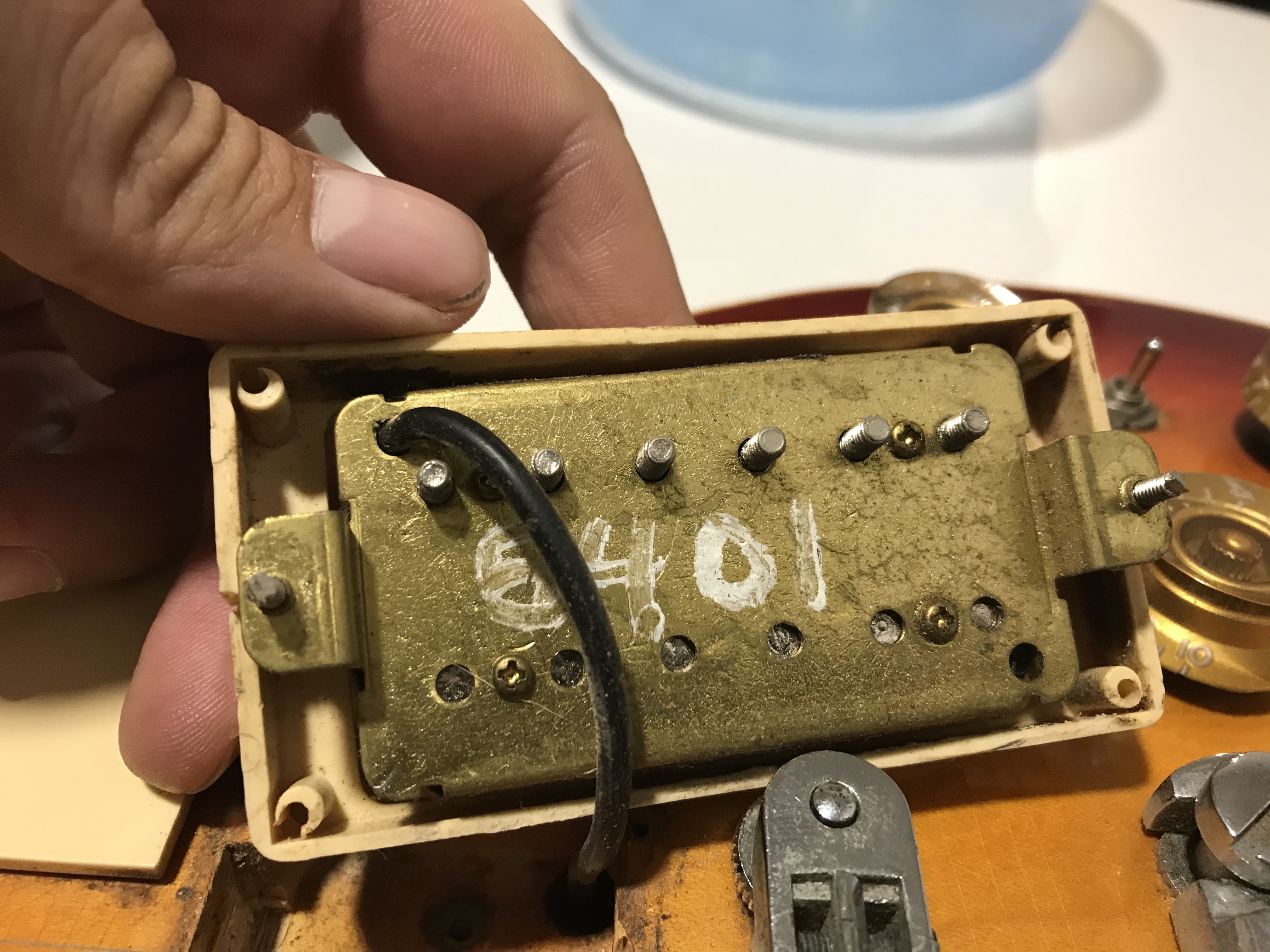 Great guitar... the playability of those Norlin Deluxes is tremendous. Those frets would have been super low to start with, really... they were basically "fretless wonders" back in those days.

No idea what the pickups are... DiMarzios were pretty common back then, there wasn't a ton of aftermarket pickups back in the day and so you only see a couple of brands typically.

Of course I have no idea when it was done, so don't think I know anything here.

the mods were done at least 25yrs ago in the US where the guitar was imported from. It was bought as it is now and only rarely played, it was basically hanging on the wall of an office for last 10 years.
Check out my band, The Atavists ! https://www.youtube.com/watch?v=eG-HZtrljMg
Top

I made a little video of how twangy it is