So I was absolutely done with guitars for the year, and then an early 70s Greco popped up locally. Living in Tasmania this is a pretty rare event, and the price was reasonable due to some cosmetic and structural issues, which I am taking on in my usual dumb way.
First up, the neck has a slight backbow. I suspect this is related to a previous owner replacing the fret markers with pearloid (and ripping up the finish with tape, see pic below, awesome job). Anyway I am going to take it back to black dots, and because it's a maple cap board, I will clamp it up and give it a good warming to encourage the glue to creep and hold the neck in a better position.
Otherwise it was part way through rehab from a terrible black refinish, which had been paint-stripped off and left the original finish grimy and hazy underneath. Fortunately I have a random orbit buffer and some very light cutting compound, so I was able to bring it back to a deep shine without removing the yellowing. Also the black refin has now settled into the cracks of the original finish, so it looks pretty great I think.
This is from the weird era when they were transitioning from making Teisco guitars (see the knobs) and so this is a bit unusual in the bridge construction, and the scale is 24.75" ... except the neck is sized for 25.5" scale. This means the headstock sticks further out from the nut, giving it that long, slightly weird look. The chrome trussrod cover completes the period vibe. I dated it to 1972 from the stamps on the Maxon pickups, and it sounds pretty good. 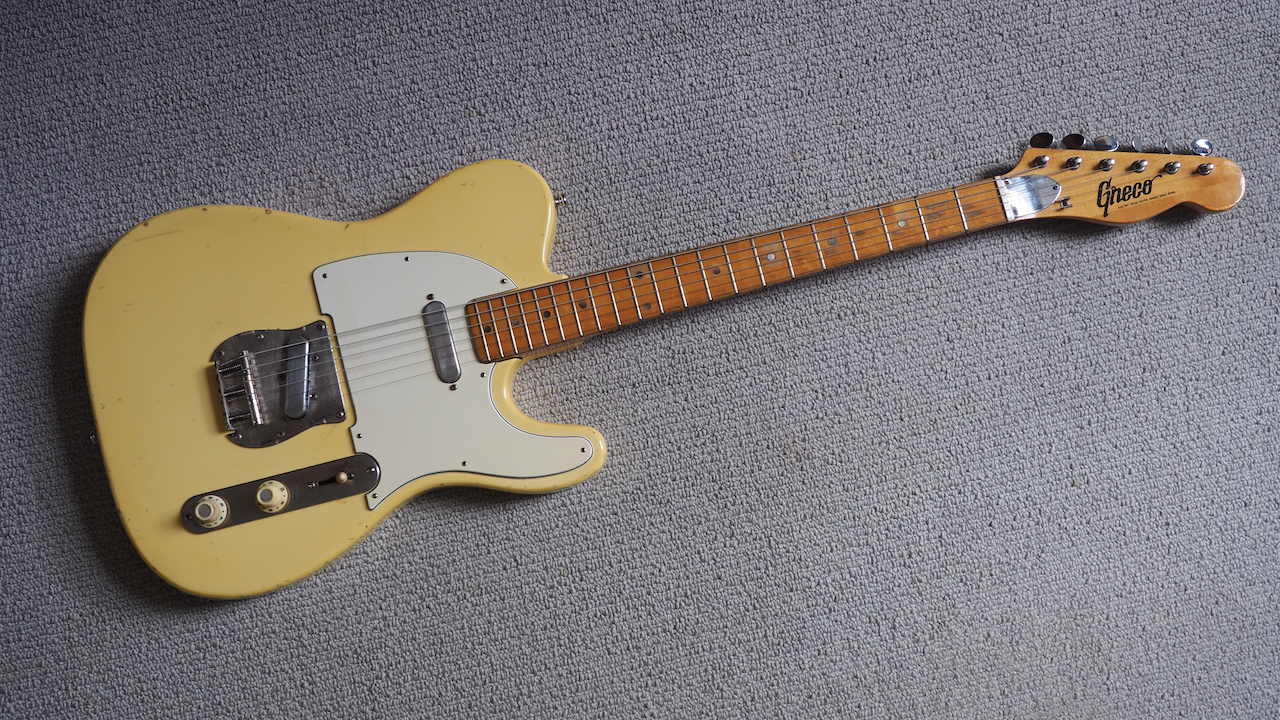 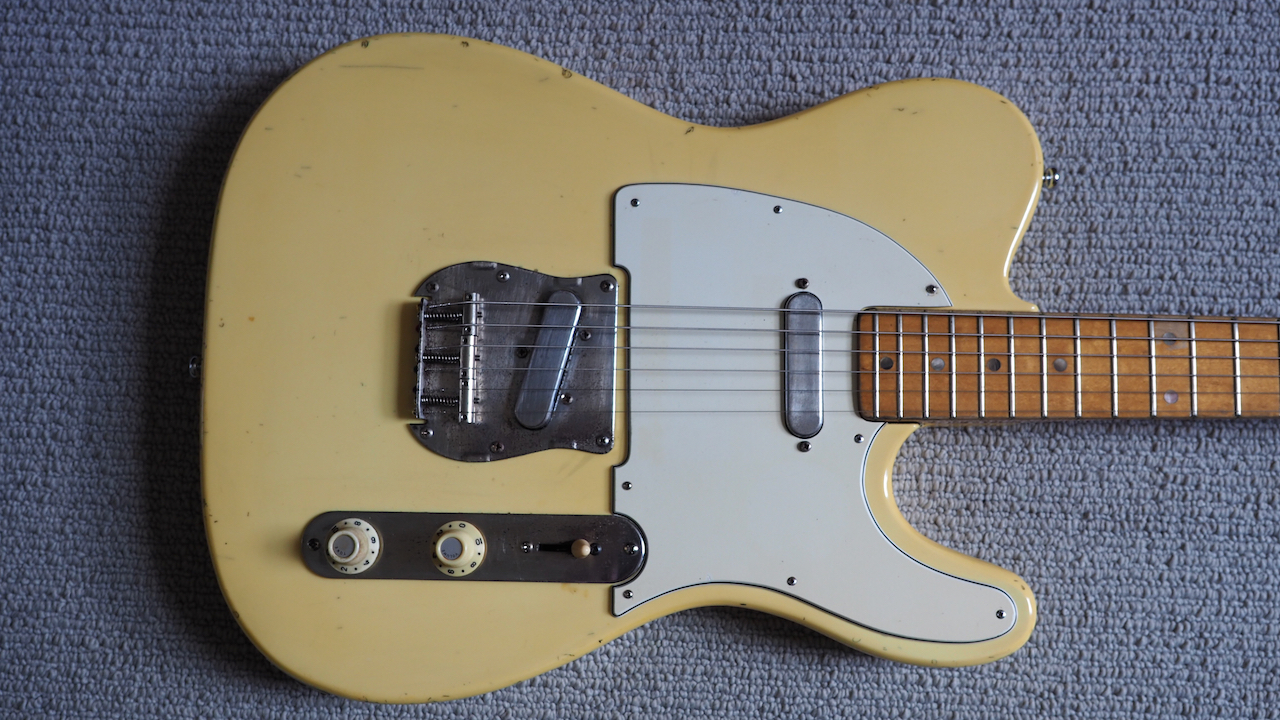 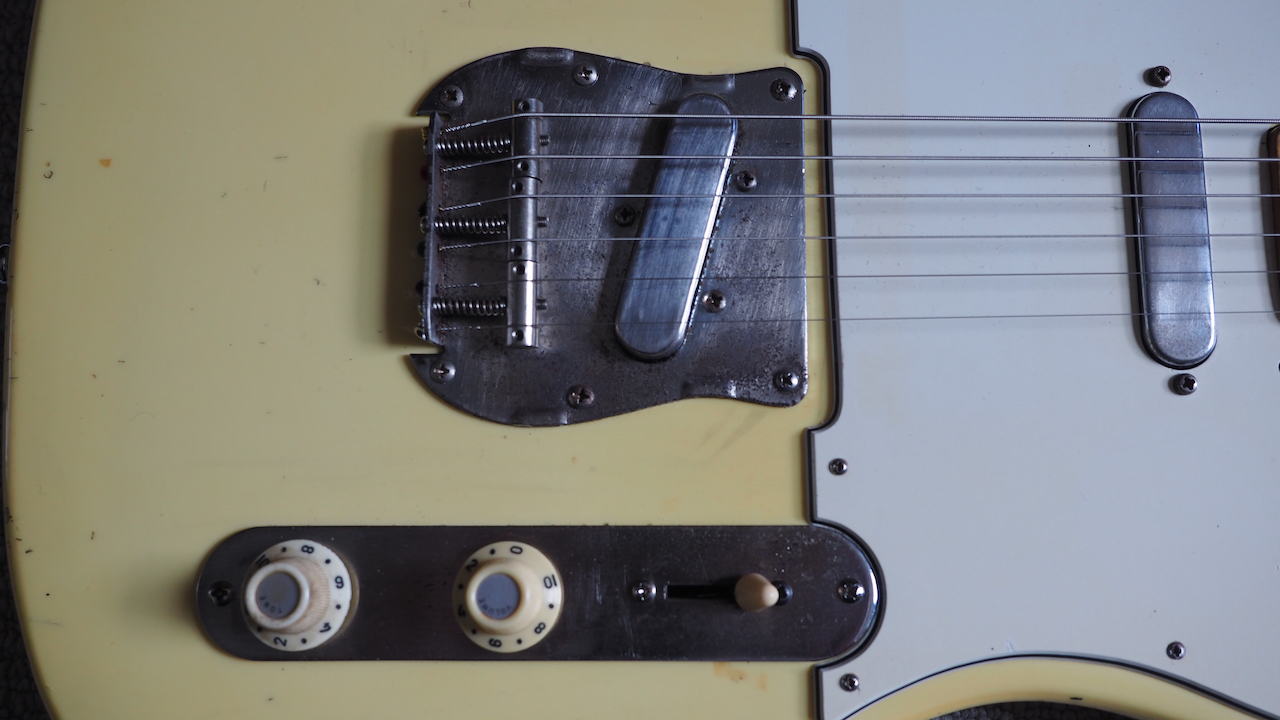 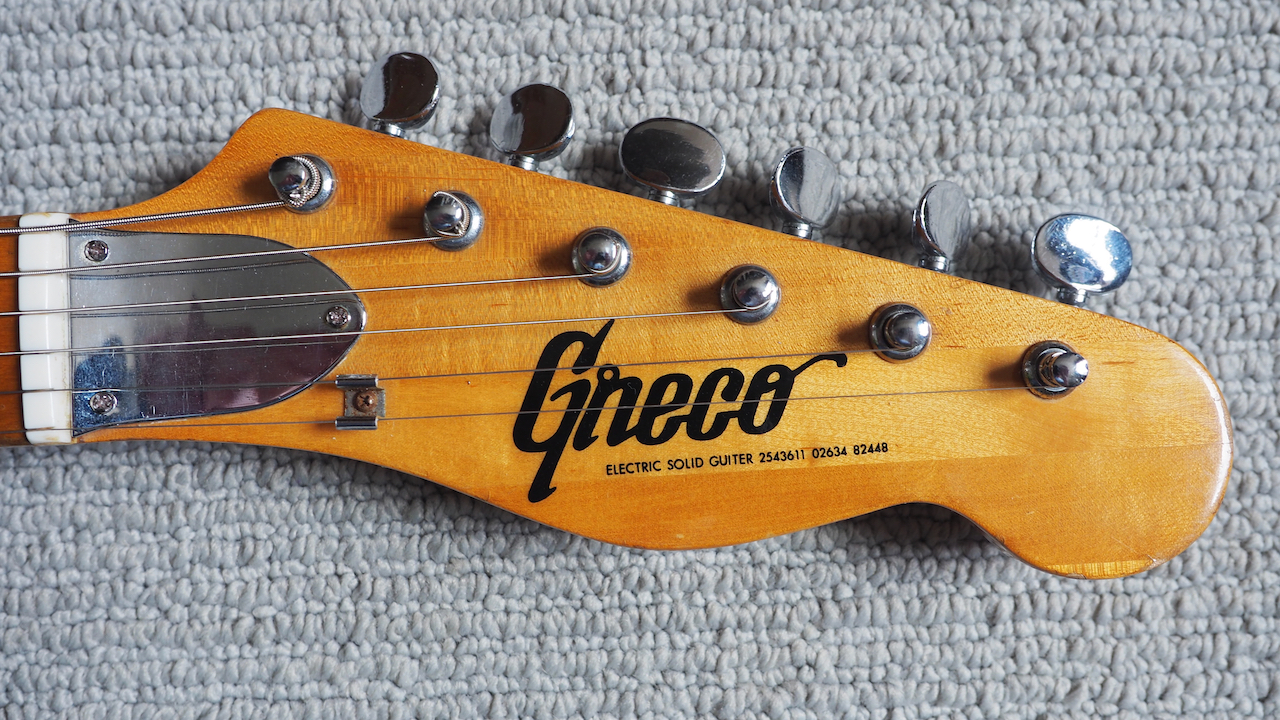 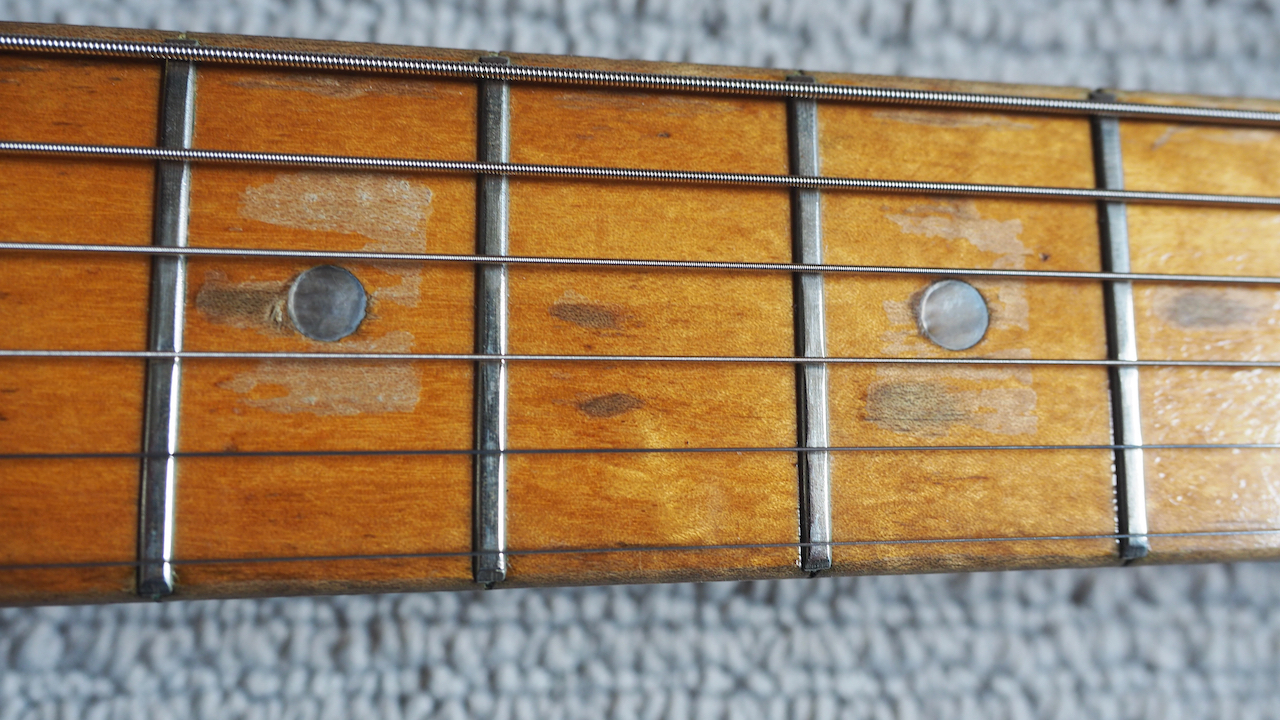 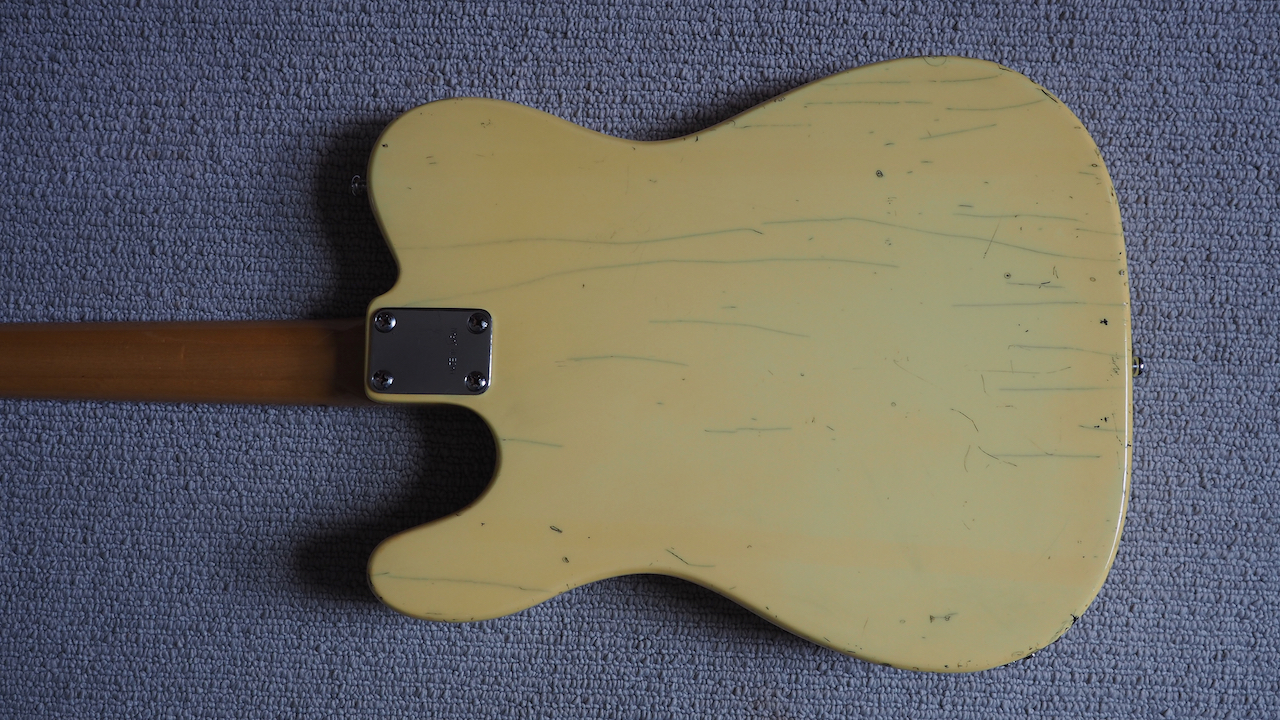 Didn't East Bay Ray have one of these that he used on the early Dead Kennedy's stuff? Looks familiar...
And you find out life isn't like that
It's so hard to understand
Why the world is your oyster but your future's a clam

I had a look around and found this pic from an auction of his gear, it's branded Electra but was undoubtedly the same thing! Greco was the "house brand" for Fujigen Gakki, who also made stuff for other names, including Ibanez and (later) Fender Japan. 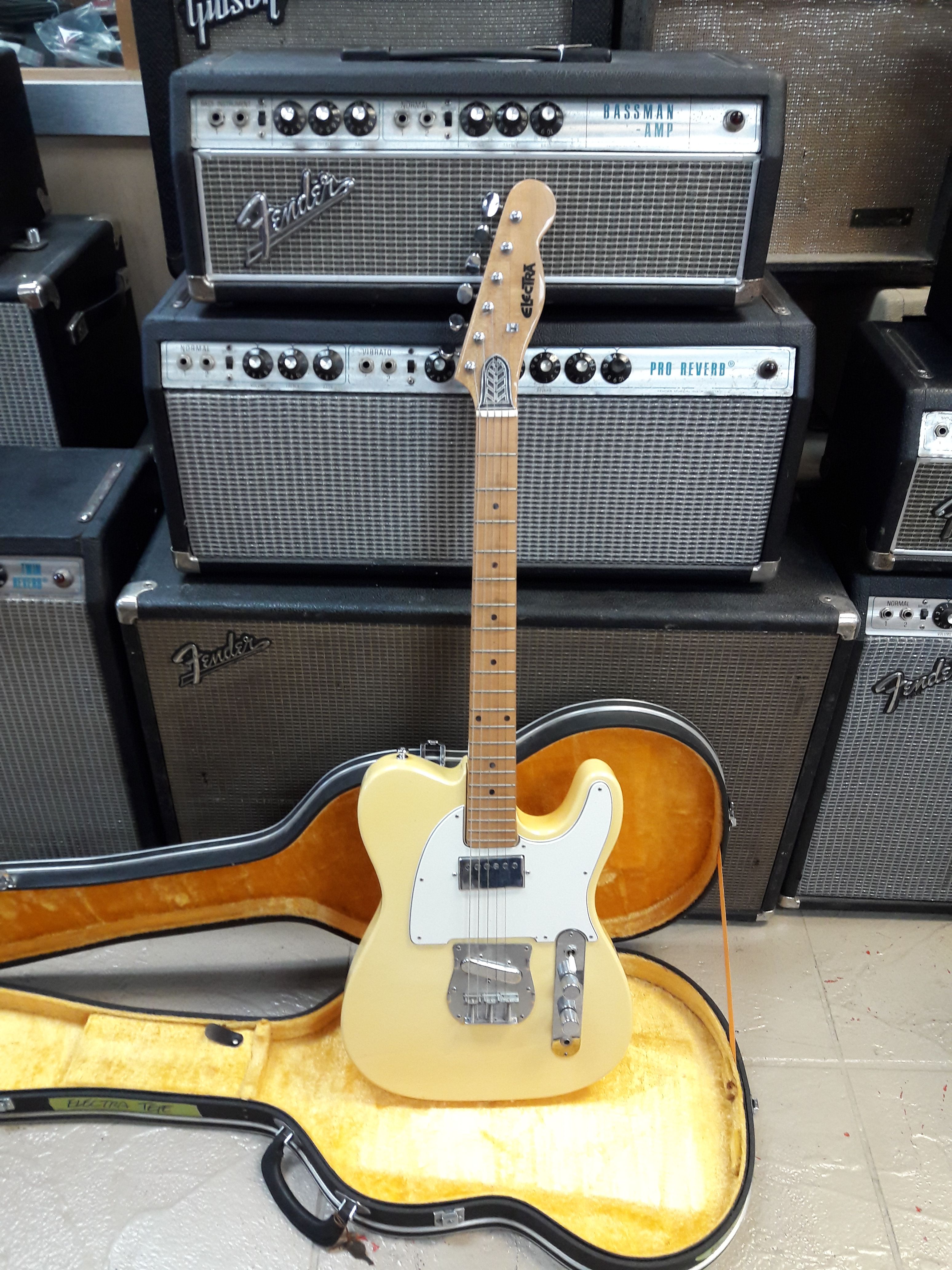